Patrick Macnee, the London-born actor best known for playing debonair hero John Steed in cult British ‘spy-fi’ series The Avengers, has died at his home in California at the age of 93.

The Avengers began as a gritty detective piece – literally about revenge – but soon become one of the most surreal and fantastical programmes British television has ever produced. Much of this was to do with the intelligent sexiness of the women – Honor Blackman, Diana Rigg and Linda Thorson, all elevated to leading role status rather than decorative sidekick, giving the women in a monochrome England role models that weren’t just housewives or girlfriends. 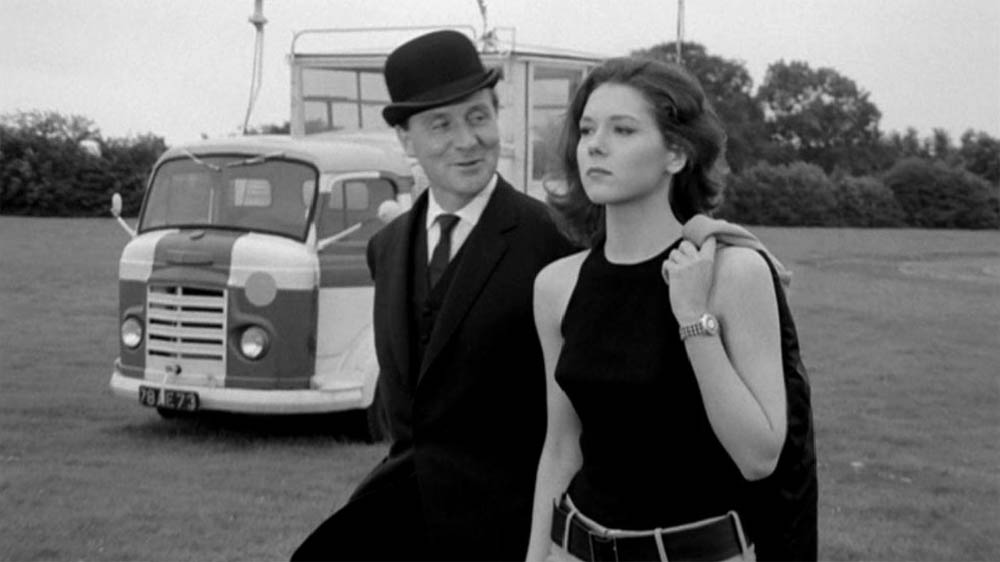 Macnee said in an interview with The Lady last year, ‘It just seemed that a woman would make the ideal foil to my John Steed. And so she did.’ But it was Macnee’s charm that held the more outlandish elements of the show firmly in check while tongue was kept equally firmly in cheek. Even casual fans may not be able to recall certain plots fifty years later, but the leading man’s genuine charisma remains unfailingly memorable.

When the series was revived as The New Avengers in 1976, there were doubts if Macnee, then aged 53, would be able to retain his ‘action man’ status, and so Gareth Hunt was brought in to be the athletic action hero. 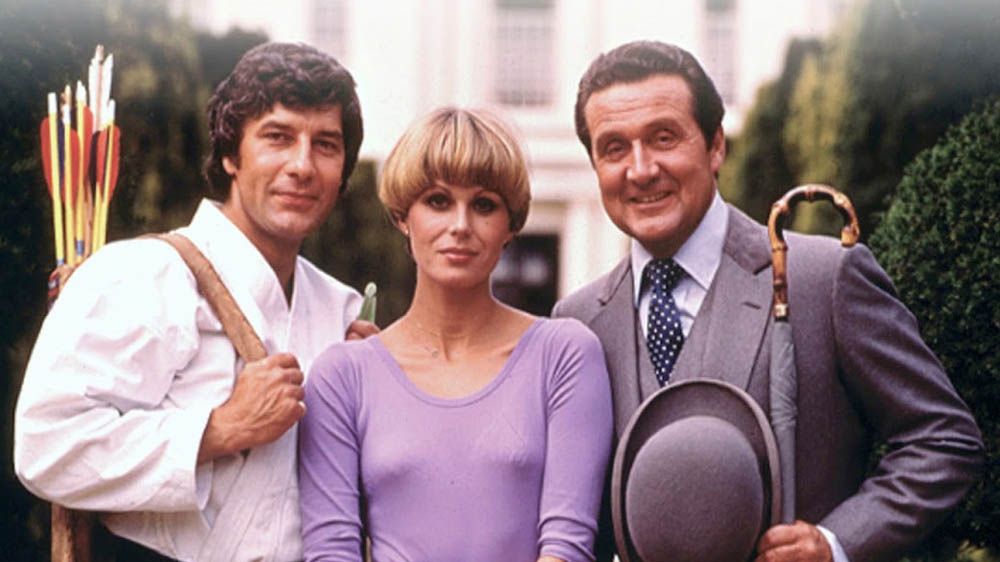 However, Macnee kept fit and lost weight, meaning that not only could he hold his own against his two younger co-stars but it also gave a fascinating dynamic to the team: good-looking action hero Gambit (Hunt) would flirt outrageously with Joanna Lumley’s Purdey, but her real chemistry was always with the older man.

The movie version of The Avengers is a famously troubled film, but the cameo of Macnee as Invisible Jones trades cleverly on the warmth of his voice; instantly recognisable and the one point of sanity in an otherwise incoherent movie.

Macnee had been friends with James Bond actor Roger Moore since the 1950s, and the pair’s chemistry in 1987’s A View To A Kill was a highlight of that film. In a movie full of bombast and noise, the scenes with Macnee’s Geoffery Tibbet have a genuine warmth. 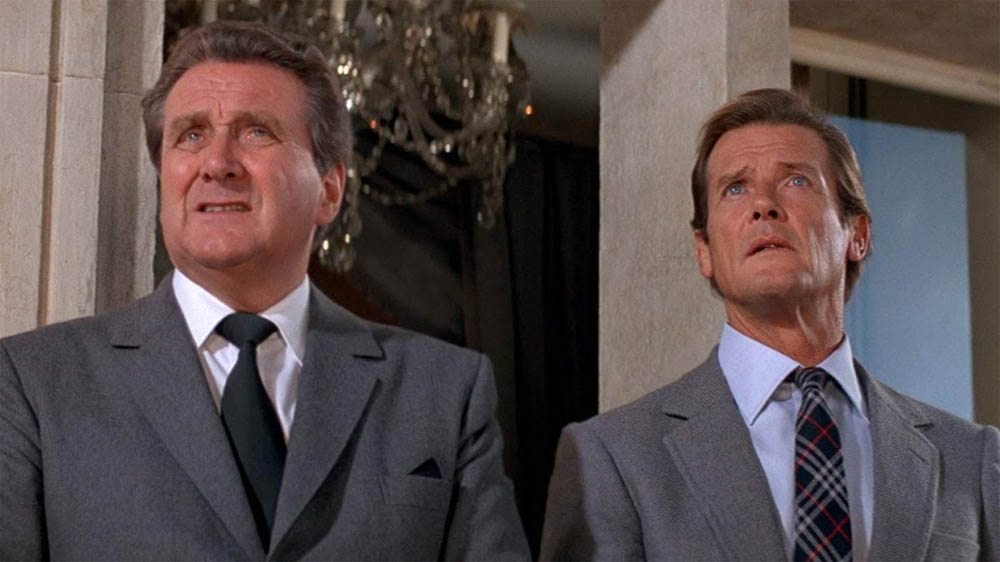 Macnee was born in Berkshire and was at school with the late Christopher Lee, with whom he acted in a production of Henry V, the latter playing the Dauphin. Later he studied at Eton College before training at Webber-Douglas Academy of Dramatic Art.

He served in the Royal Navy for five years during World War 2, which influenced his most famous character’s distaste of guns. When producers demanded how Steed was going to defend himself, Macnee apparently panicked and said the first thing that came to mind: an umbrella.

In John Steed, Macnee created a particularly unique British gentleman spy. Stripped of the hard drinking and promiscuous qualities of Bond, Steed was an altogether more gallant hero who preferred tea (stirred anti-clockwise), and for whom any liaisons would remain discreet.

Steed’s legacy lives on in many incarnations such as Buffy’s Rupert Giles, and most recently, Colin Firth’s slightly nettled hero Harry Hart in Kingsman. 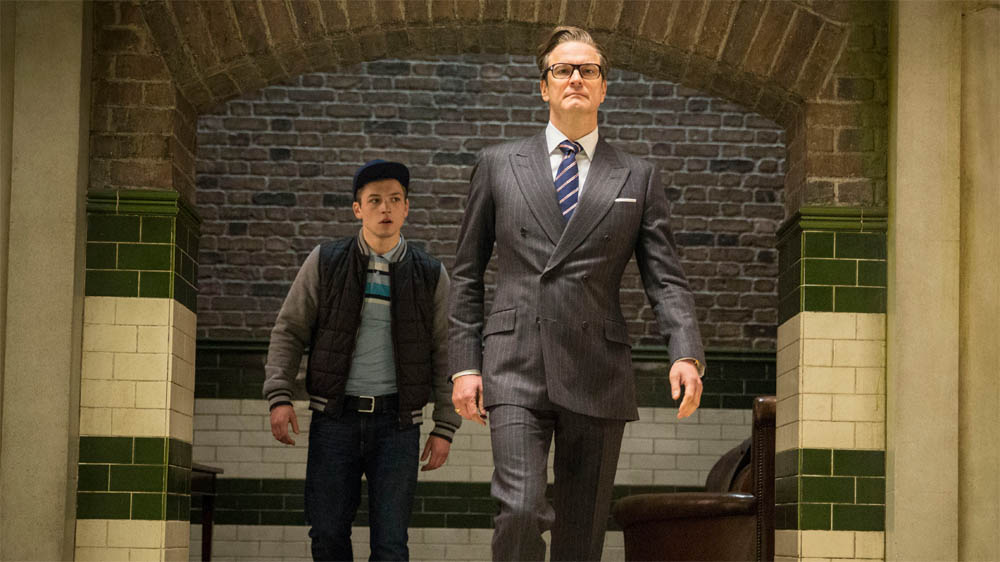 Steed’s aversion to handguns translated into Macnee’s: he would often voice his disapproval of guns in private hands. Throughout his career, on screen, stage and indeed in real life, he would present as the perfect English gentleman.

A statement on his website said: “He had a knack for making friends, and keeping them. Wherever he went, he left behind a trove of memories and good wishes.” 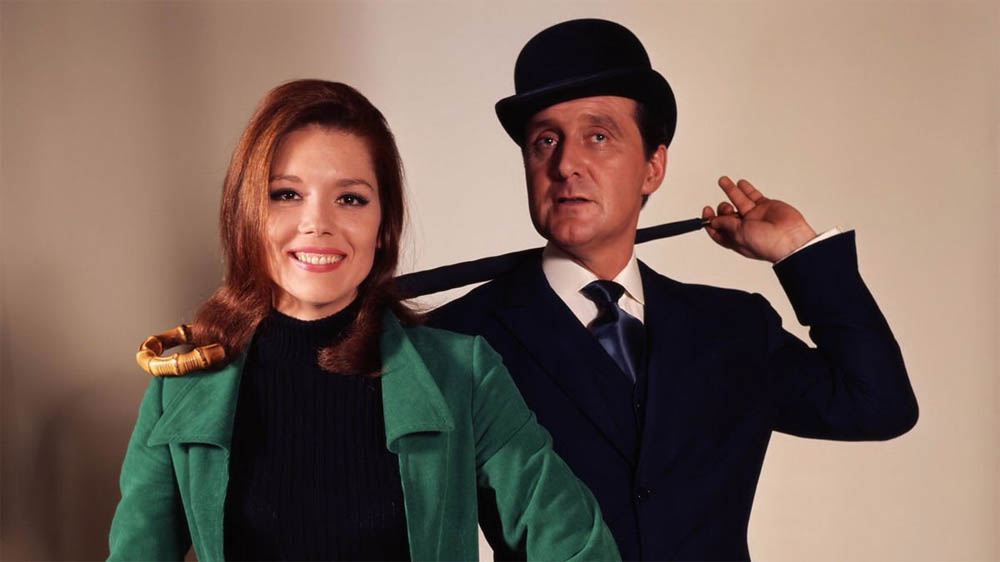