There’s a tradition of James Bond films switching styles and generally trying to horn in on the zeitgeist, as seen in Live and Let Die’s ‘Blaxploitation’ and Moonraker’s ‘Space Opera’.

There’s also a trend of ‘going back to basics’ to reset the series after any entry that’s particularly over the top, the prime examples being Casino Royale after Die Another Day and For Your Eyes Only after Moonraker. And then there are entries such as Octopussy, which as far as most can tell, were just about everyone involved having as much fun as possible. In other words, the best ones.

Ostensibly about the collusion between an exiled Afghan Prince and a Soviet General to extend Soviet Control in Europe, but really about Octopussy, a glamorous jewel thief and head of an octopus cult in India who manages her operation under the disguise of a travelling circus. 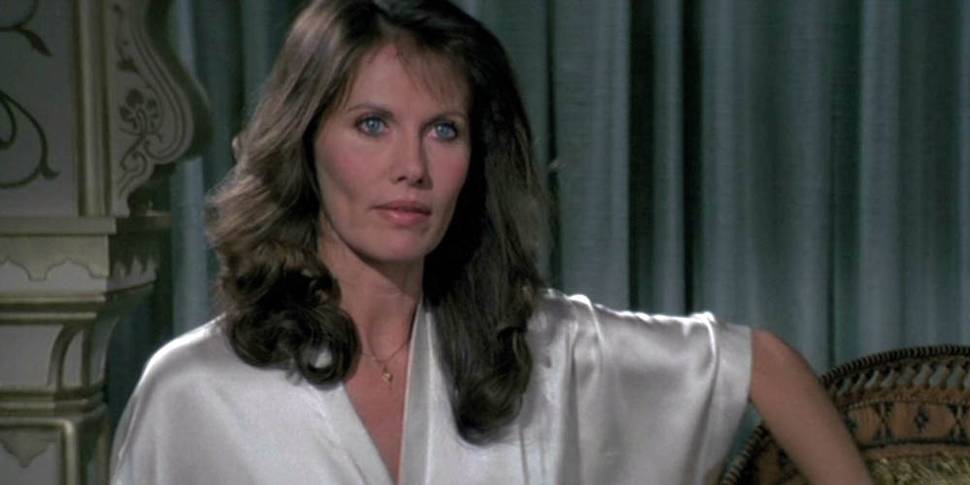 Roger Moore is (whisper it) starting to look a little long in the tooth to be gallivanting around the globe after beautiful women with whom the age gap is becoming increasingly apparent. Nevertheless, unlike Connery at a similar stage, he’s still clearly loving every minute and so it’s far easier to ignore that niggling feeling that maybe, just maybe, it’s time for this Bond to retire.

There’s a new M in town, as played by Robert Brown. This M is much like the last M, so it’s hard to really judge after only one film. Q is still Q (and for the first time truly an active participant in the plot), Moneypenny is still Moneypenny but now she has an assistant as played by Michaela Clavell: Miss Penelope Smallbone. Presumably she was less patient with Bond’s workplace harassment than Miss Moneypenny, as she was never seen again.

Walter Gotell, now in his fourth appearance as the head of the KGB, is as avuncular as ever. Never really an enemy, sometimes a respectful competitor and often an ally, General Gogol is back in the latter camp this time round, preferring to keep things as they are rather than recklessly expand into the West.

Bond’s plucky local counterpart – doomed, obviously – is played with zing and verve by Vijay Armritraj, one of India’s most successful tennis players. Much like Quarrel in Dr. No it’s a real shame he came to a violent end as Agent Vijay could easily have popped up in subsequent films.

Louis Jourdan brings a suave intensity to the exiled Prince who is increasingly exasperated by that lovable rogue, James Bond. Kamal Khan cheats at backgammon and has and (probably) eats Fabergé eggs for breakfast so we know he must be bad – he’s basically the evil version of Bond.

Played by Steven Berkoff as one of those fantastic, insane, fantastically insane and insanely fantastic Bond villains who just want to see the world burn, General Orlov is a frothy counterfoil to the cool, calm and collected Kamal Khan.

Because much of the action is set in India the lead villainous sidekick is, instead of the usual Aryan giant, an Indian giant. Kabir Bedi has enormous fun as Gobinda, crushing dice with his bare hands and wielding probably the best weapon since Oddjob’s hat, a giant, razer tipped yoyo. 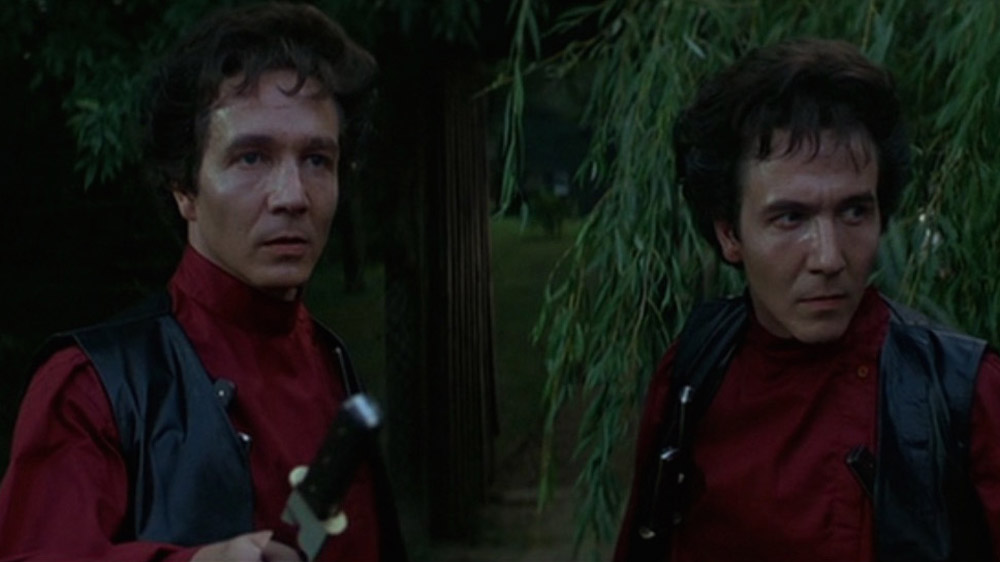 If you’re a pair of identical twins in the circus (as played by David and Anthony Meyer) who specialise in knife throwing you better believe that you’re going to be a thorn in the side of any 00 agent you come across. They successfully dispatch 009 at the start, but fortunately 007 is made of wilier stock.

Maud Adams, in her second Bond Girl role after playing Andrea in The Man with the Golden Gun, is a self-assured and extremely capable jewel thief. Octopussy runs her own ship, does her own thing, and to be honest really doesn’t need James Bond hanging around cramping her style. And brilliantly, she has a bed designed in the shape of an octopus.

Kristina Wayborn’s Magda is of the same mould as Octopussy and is adept at getting herself out of a tight spot via sari-based circus tricks. These two run rings around Bond and every other man in their lives. 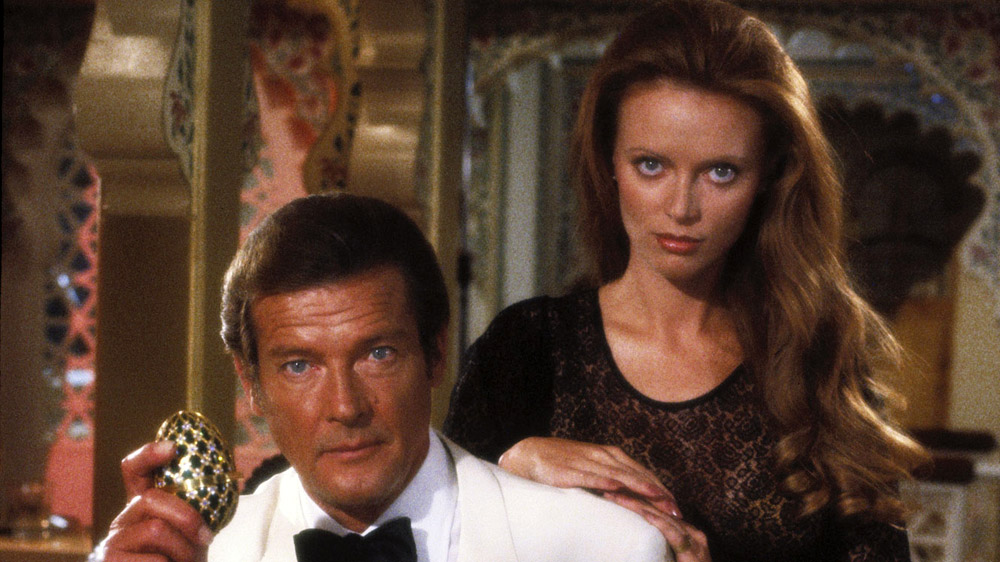 Tina Hudson doesn’t have much to do as Bianca except show a little thigh, distract a little soldier and generally, presumably, get down tonight with James Bond.

There’s a fake horse that looks like a REALLY fake horse, but then the horse box folds out and then we get an ultra tiny plane that flies about all over the shop in one of the greatest cold opens ever in a Bond film.

If you try and work out who has the fake eggs and who has the real eggs at any point in this film you’ll only get a headache. But it does mean we get the most British person in all of Britainland performing the most British auction of all time, during which, in front of hundreds, Bond manages to switch the eggs. Couldn’t say if he switches fake to real or real to fake, of course.

Spiders and elephants and tigers, oh my

There is a complete menagerie in this film. Bond ‘defeats’ a tiger but telling it to ‘sit’ in a stern voice. There are elephants that both help and hinder, depending on whose side they’re on. There are snake charmers who play the Bond theme, which Bond recognises, and then a whole ‘eat a sheep’s head including eyeballs because it’s a local delicacy’ scene that beats Indiana Jones and the Temple of Doom to the punch by a year.

Pretty much a repeat of Moonraker’s gondala chase in Venice, but this time in India and, for better or mostly worse, featuring every single possible ethnic stereotype you could get away with in 1983. A little awkward to view now, naturally, but it also features fighting with tennis rackets because Agent Vijay is on board, and that’s worth the price of admission alone.

In a scene that wouldn’t look out of place in a modern Mission: Impossible entry, Bond v Gobinda on top of a plane is frankly brilliant. Yes, the plane suddenly spouts handles for ease of movement but then maybe all planes are suitably equipped? When was the last time any of us climbed out of a plane, mid-air, to check?

The Fabergé Egg in the film is based in the real Imperial Coronation Egg made in 1897 to commemorate the 1896 Coronation of Tsar Nicholas II.

Barbara Carrera was offered the role of Octopussy but turned it down to appear in Never Say Never Again.

When playing Texas Hold ‘Em Poker, a hand with two eights is known as an Octopussy. (Feeling lucky? Check out free spins here.)

James Brolin was in line to play James Bond until Roger Moore changed his mind at the last minute and agreed to appear again. 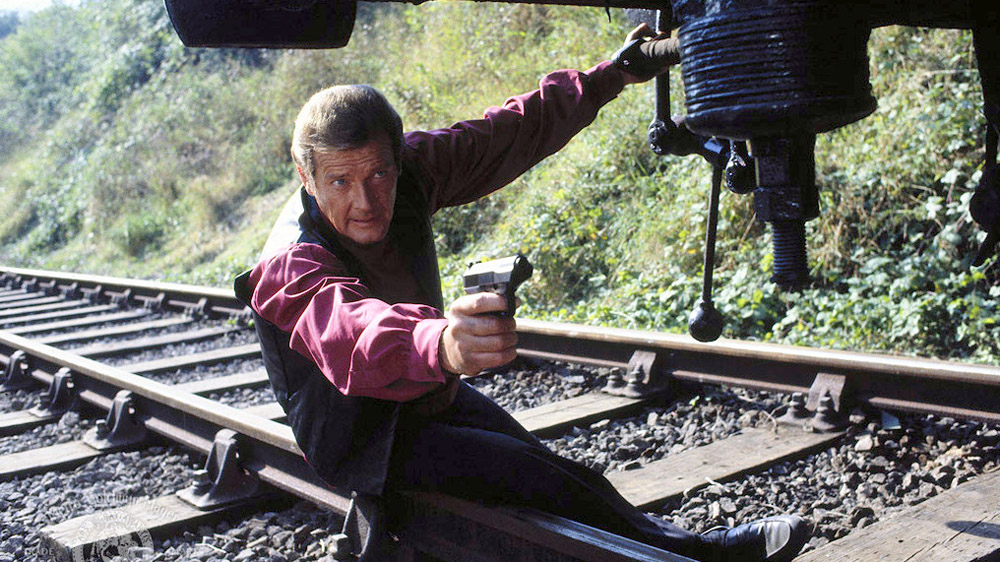 The theme song, ‘All Time High’ by Rita Coolidge, is the first not to feature the title of the movie in either the title or lyrics (assuming we discount the instrumental theme for On Her Majesty’s Secret Service and no theme at all for Dr. No). Not really very surprising in this case.

If you think about Octopussy too much you can find all sorts of flaws. But then when you think about it some more, each one of those flaws is actually one of its guilty pleasures. Successfully bonkers in a way that only Bond can be, this is genuinely one of the franchise’s all time highs.

James Bond will return in A View to a Kill.

What’s your favourite moment in Octopussy? Let us know below…