‘What are you making down there – poison gas?’

Gerry Davis and Dr Kit Pedler first worked together during the 1960s, when Doctor Who producer Innes Lloyd brought them into his production team as story editor and technical advisor respectively.

Together, Pedler and Davis brought some contemporary scientific realism to the show and were responsible for creating the Cybermen, writing the monsters’ first three stories. They were also partly responsible – along with Lloyd – for devising the concept of ‘regeneration’, overseeing the first change of lead actor in the show.

After leaving Doctor Who, Pedler and Davis retained an interest in stories rooted in science fact. In 1969 they pitched a new adult-orientated thriller to BBC producer Terence Dudley that echoed the British public’s fascination with and mistrust of the technological revolution and reflected real life events within its fictional framework.

Dudley was impressed and so were his bosses: the first of three seasons of Doomwatch began in February 1970. 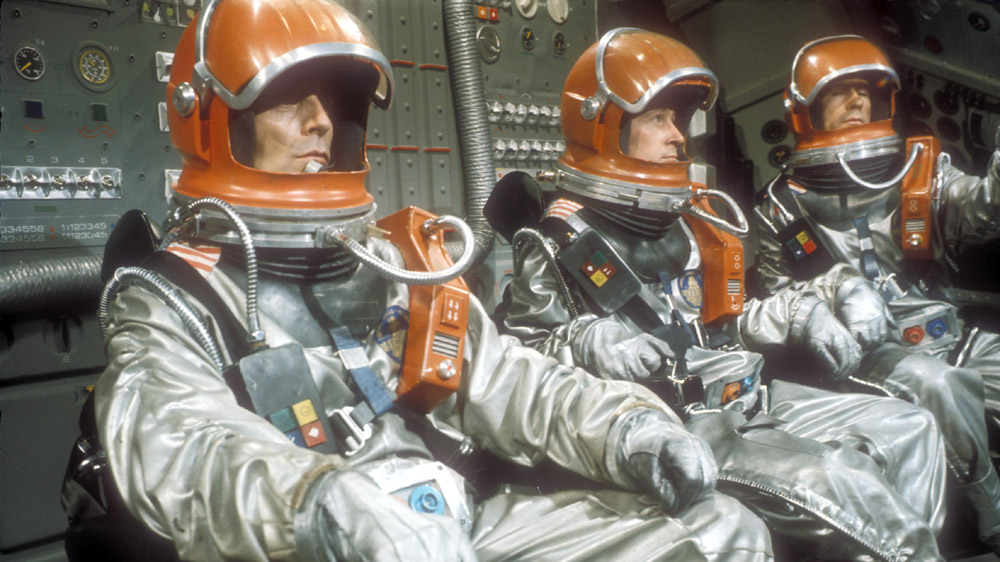 The show was set in a semi-secret British government agency founded by the Ministry for National Security: the Department for the Observation and Measurement of Scientific Work. Although the Ministry had founded this quango in the hope that it would appease public concerns about ‘bad science’, the Doomwatch team – led by the principled Dr Spencer Quist – frequently ended up doing the exact opposite.

Part scientific detectives, part environmental protestors, part secret agents, they exposed wrongdoing, shutting down dangerous research and tidying up after unlawful experiments went awry. Many lives were saved, but often as a by-product of a purer motive: the search for truth.

While some episodes seemed fanciful even in the early ‘70s – such as ‘The Battery People’, where a group of former Welsh miners become sexually sterile, gin-drinking cock-fighters after handling poisonous fish, or ‘The Devil’s Sweets’, where chemically-altered chocolates turn consumers into heavy smokers – the majority reflected genuine contemporary concerns, such as nuclear weapons, ecological damage and animal testing.

Even tales of man-eating rats and killer viruses had a basis either in the news of the day or the news of tomorrow. In many ways, despite the absence of any million-year-old pansexual American captains from outer space, Doomwatch was a forerunner of Torchwood – or perhaps even an alien-free British X-Files.

Quist was played by John Paul, who had previously starred in Hammer horror classic The Curse of the Mummy’s Tomb (1964) and would go on to appear in the BBC’s celebrated 1976 adaption of I, Claudius. 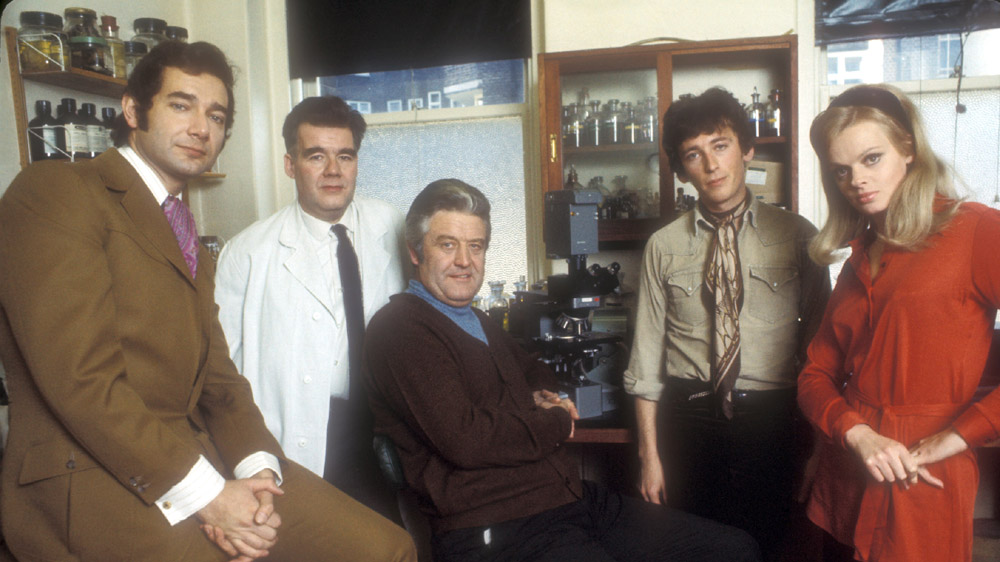 Simon Oates, who starred as John Ridge, went on to appear in a number of classic dramas such as The Avengers, Jason King, The Professionals and Bergerac. Quist and Ridge were joined in the first season by Robert Powell (Jesus of Nazareth, The Detectives, Holby City) as Wren and Jean Trend (Z-Cars, The House of Elliot and Doc Martin) as Fay Chantry in the second.

The BBC refused to broadcast a story from Doomwatch’s final season, ‘Sex and Violence’, due to concerns about its content. Ironically, the episode was a parable of the debate about permissiveness on television which had been brought about by Mary Whitehouse, later founder of the National Viewers and Listeners Association.

Although the titular sex and violence amounted to brief excerpts from a staged pornographic film with no full-frontal nudity and a genuine news item containing footage of a military execution in Nigeria, the BBC decided the story was perhaps a little too contemporary for comfort. 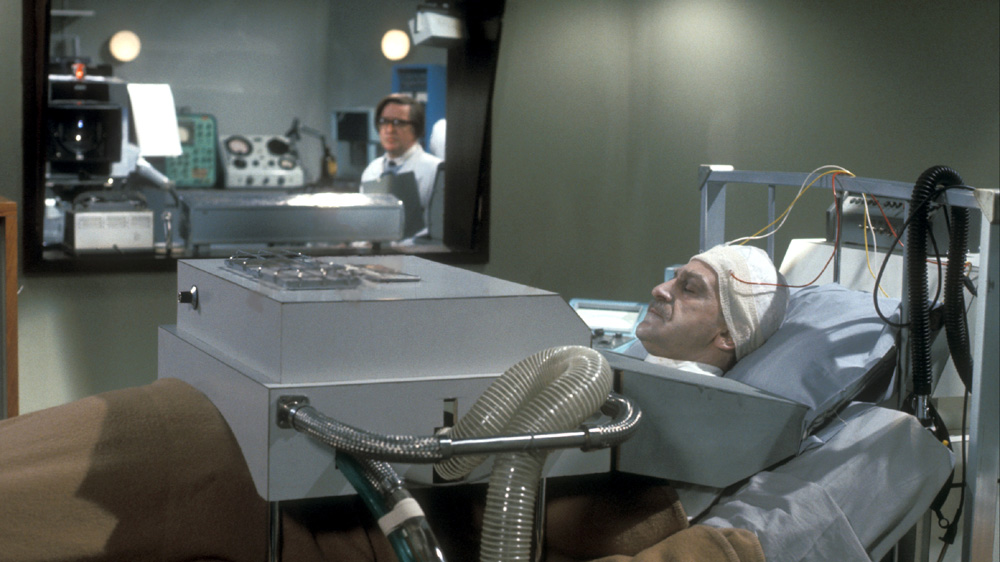 It’s possible they were also worried there could be repercussions about some of the characters in the episode: Mrs Catchpole (played by future EastEnders legend June Brown), Lord Purvis and the superbly-named Dick Burns were thinly-veiled caricatures of Mary Whitehouse, Lord Longford and Cliff Richard.

Doomwatch ran for three years, attracting in excess of 13.6 million viewers at its peak, with Terence Dudley remaining on-board throughout. Pedler and Davis had bailed in 1971, aggrieved that the show was moving away from scientific accuracy in favour of sensationalism.

A film adaptation, featuring the main cast in supporting roles to new characters played by Ian Banner (one of the stars of the original Tinker Tailor Soldier Spy) and Judy Geeson (later to appear in Gilmore Girls and Mad About You), was released to cinemas in the gap between the first two seasons on TV.

A one-off remake, starring Trevor Eve as Spencer Quist, was broadcast on Channel Five in 1999.

All surviving instalments of the original Doomwatch television series, including ‘Sex and Violence’, will be released on DVD by Simply Media on Monday 4 April 2016. 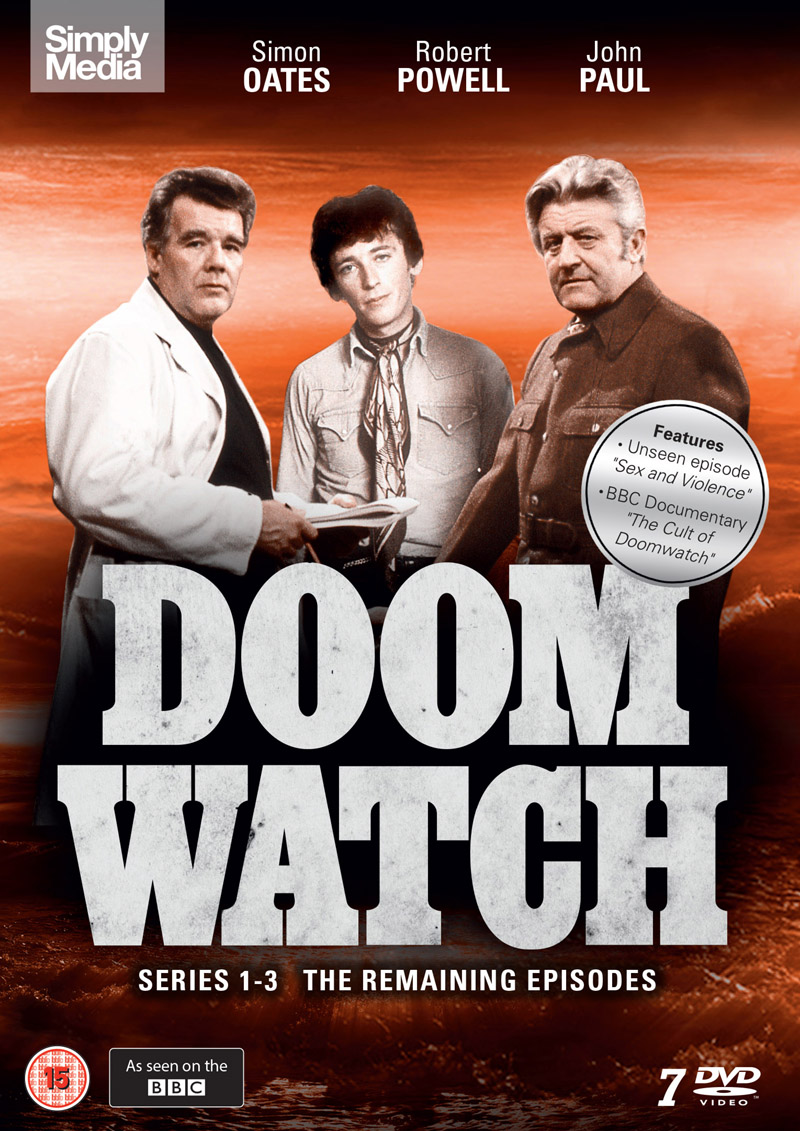 > Buy Doomwatch on DVD on Amazon.

Do you remember Doomwatch? Let us know below…