Although it simmered away in the background of the show’s original run – with companions leaving for love and a little flirtation here and there – romance was never really on the Doctor’s agenda.

When he came back in 2005, however, it seemed that the Doctor was destined to set hearts a flutter as well as to suffer a little heart(s)break himself. With companions falling for him, the Time Lord now regularly causes a stir of passions – even if he doesn’t quite understand why most of the time.

‘You know when sometimes you meet someone so beautiful and then you actually talk to them, and five minutes later they’re as dull as a brick. Then there’s other people, and you meet them and think, not bad, they’re okay. And then you get to know them, and their face just sort of becomes them, like their personality’s  written all over it. And they just turn into something so beautiful.’
(Amy Pond, ‘The Girl Who Waited’)

‘You were my life. You know what the most difficult thing was? Coping with what happens next, or with what doesn’t happen next. You took me to the furthest reaches of the galaxy, you showed me supernovas, intergalactic battles, and then you just dropped me back on Earth. How could anything compare to that? … We get a taste of that splendour and then we have to go back.’
(Sarah Jane Smith, ‘School Reunion’)

‘You want moves, Rose? I’ll give you moves.’
(The Doctor, ‘The Doctor Dances’)

‘It’s the way it’s always been; the monsters and the Doctor. It seems you cannot have one without the other.’
(Reinette, ‘The Girl in the Fireplace’)

‘It was a better life. And I don’t mean all the travelling and seeing aliens and spaceships and things. That don’t matter. The Doctor showed me a better way of living your life. You know, he showed you too. That you don’t just give up. You don’t just let things happen. You make a stand. You say no. You have the guts to do what’s right when everyone else just runs away…’
(Rose Tyler, ‘The Parting of the Ways’)

‘You know when you see a photograph of someone you know, but it’s from years before you knew them and it’s like they’re not quite finished. They’re not done yet. Well, yes, the Doctor’s here. He came when I called, just like he always does. But not my Doctor. Now my Doctor, I’ve see whole armies turn and run away. And he’d just swagger off back to his TARDIS and open the doors with a snap of his fingers, The Doctor in the TARDIS. Next stop, everywhere.’
(River Song, ‘Forest of the Dead’)

‘He’s like fire and ice and rage. He’s like the night and the storm in the heart of the sun… He’s ancient and forever. He burns at the centre of time and he can see the turn of the universe… And he’s wonderful.’
(Tim Latimer, ‘The Family of Blood’)

‘Ah well, you’re a beautiful woman, probably, and Duggan was trying to summon up the courage to ask you out to dinner…’
(The Doctor, ‘City of Death’)

‘Do you know like we were saying about the Earth revolving? It’s like when you were a kid. The first time they tell you the world’s turning and you just can’t quite believe it because everything looks like it’s standing still. I can feel it. I can feel the turn of the Earth. The ground beneath our feet is spinning at a thousand miles an hour, and I can feel it. We’re falling through space, you and me, clinging to the skin of this tiny little world, and if we let go… That’s who I am.’
(The Doctor, ‘Rose’)

‘Hold hands. That’s what you’re meant to do. Keep doing that and don’t let go. That’s the secret.’
(The Doctor, ‘Hide’) 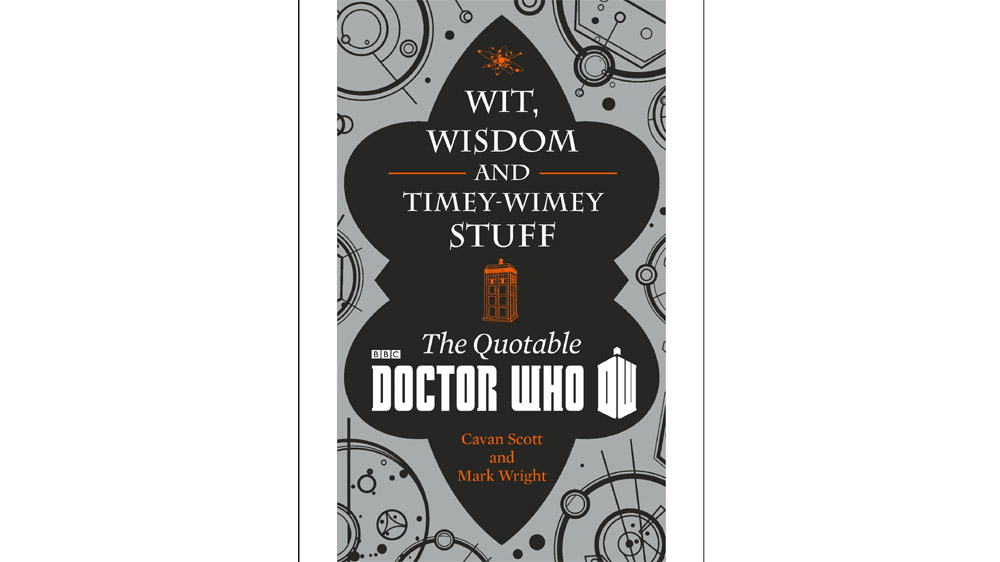 What’s your favourite romantic Doctor Who quote? Let us know below…