Daniel Craig returns as 007 for a fourth time this week in Spectre.

To celebrate the release of the 24th official James Bond film, here are 100 things you might not know about the world’s longest-running movie franchise…

1. It is actually stuntman Bob Simmons who appears in the opening gun barrel sequence for the first three James Bond movies.

3. Dr. No‘s budget was only $1 million, and when costs overran by $100,000 United Artists wanted to pull the plug, scared that it would never recoup its costs.

5. Bond doesn’t appear until 17 minutes and 15 seconds into From Russia With Love.

6. From Russia With Love‘s six-minute fight scene with Red Grant on the Orient Express took two days to film.

7. Many actors have appeared in more than one role in the Bond series – Maud Adams (as Andrea Anders and Octopussy), Joe Don Baker (as Brad Whitaker and Jack Wade) – but the first was in fact Sean Connery, playing a SPECTRE agent wearing a James Bond mask in From Russia With Love‘s pre-credit sequence.

8. Q is only referred to by his real name, Major Boothroyd, in Dr. No, From Russia With Love and The Spy Who Loved Me. 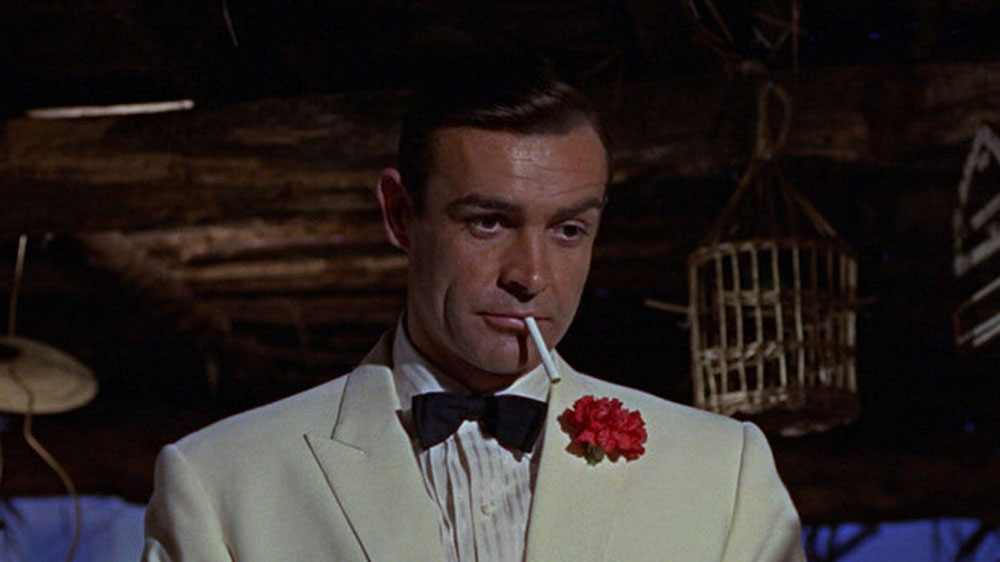 11. Until Monica Bellucci’s appearance in Spectre, Honor Blackman (Pussy Galore in Goldfinger) was the oldest ever Bond Girl, at 37 years of age at the time of filming.

12. The Bond producers originally wanted Orson Welles to play Auric Goldfinger, but he was too expensive.

13. The dialogue of both Claudine Auger (Domino) in Thunderball and Ursula Andress (Honey) in Dr. No was dubbed by Nikki Van der Zyl.

15. Sean Connery wears a toupee in all the Bond movies that he starred in.

16. Ken Adam’s volcano set in You Only Live Twice used 700 tonnes of structural steel and 200 miles of tubular steel.

17. You Only Live Twice is the only official James Bond film in which James Bond does not drive a car.

18. Charles Gray, who plays Henderson in You Only Live Twice, returns as Blofeld in Diamonds Are Forever. 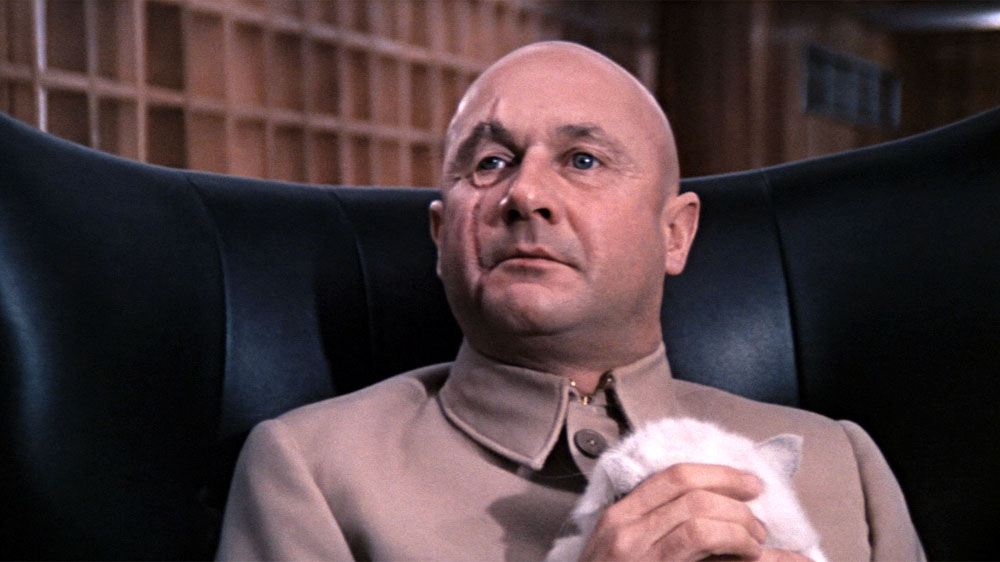 19. Bond does not visit England at all in You Only Live Twice.

21. John Barry’s score for On Her Majesty’s Secret Service was the first Bond movie score to use synthesizers and electric guitars.

22. Contrary to the common belief that he was fired, George Lazenby was actually offered a seven picture deal and had even signed a letter of intent to star in Diamonds Are Forever.

23. On Her Majesty’s Secret Service is the first Bond film where 007 uses skis.

24. Absolutely Fabulous star Joanna Lumley appears in On Her Majesty’s Secret Service as one of Blofeld’s ten Piz Gloria girls.