Get prepared to jump toward Rogue One as Cassian Andor’s story unfolds.

With Obi-Wan Kenobi done and dusted, though the idea of a second season is still alive, thoughts naturally turn to the franchise’s next live action television show.

Andor will very definitely have a second run, one that dovetails into Rogue One. Yes, it’s a prequel series to a prequel movie – how very Star Wars! The show promises to chart the rise of the rebellion through the personal journey of Cassian Andor (Diego Luna).

As well Luna, the show will also see the return of Genevieve O’Reilly to the role of Mon Mothma. Adria Arjona, Robert Emms, Fiona Shaw and Stellan Skarsgård are also in the cast. 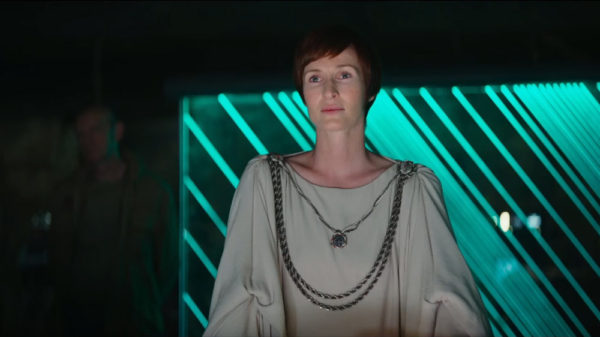 Andor takes place in the five years preceding the movie and in a interview with Empire Magazine, showrunner Tony Gilroy has shed some light on how they plan to fill that gap. He explains that the first 12-episode season will take place over one year. Then, the subsequent run will jump its way across the remaining four in blocks:

“Directors work in blocks of three episodes, so we did four blocks [in Season 1] of three episodes each. That shooting schedule organically led to Season 2’s different structure. We looked and said, ‘Wow, it’d be really interesting if we come back, and we use each block to represent a year. We’ll move a year closer with each block.’ From a narrative point of view, it’s really exciting to be able to work on something where you do a Friday, Saturday and Sunday, and then jump a year.”

Thanks to Empire, we also have a first look at Stellan Skarsgård’s character too: Luthen. 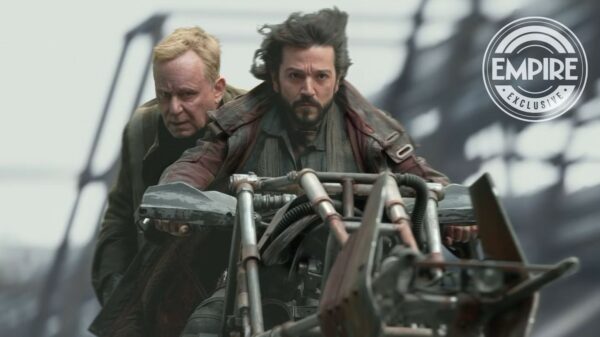 Meanwhile, actor Diego Luna has spoken about the journey of Andor and how it differs from the movie it precedes:

“Rogue One is more about an event than the actual journey of [the] characters. It’s quite amazing to start a show where it’s not about where we can end – it’s about, how did we end there?”

The first season of Andor begins on Disney+ on August the 31st, dropping its first two episodes. Subsequent instalments will release weekly thereafter.