Only the Doctor Who New Year’s Day Special is left untitled.

Episode 1: The Woman Who Fell to Earth

Episode 4: Arachnids in the UK 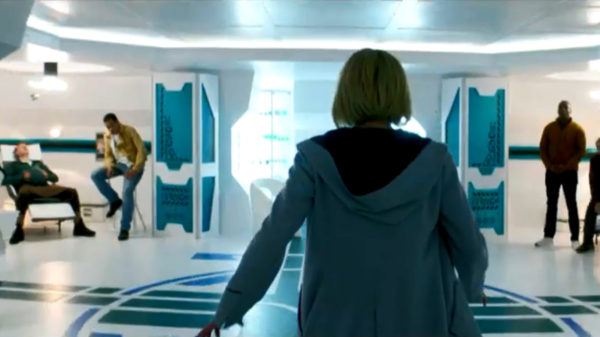 Episode 6: Demons of the Punjab

Episode 9: It Takes You Away

• Demons of the Punjab was directed by Jennifer Perrott, who also directed The Tsuranga Conundrum.

• Jamie Childs directed The Woman Who Fell to Earth, Demons of the Punjab,  It Takes You Away and The Battle of Ranskoor Av Kolos.

• Sallie Aprahamian directed both Arachnids in the UK and The Witchfinders.

• The Battle of Ranskoor Av Kolos involves technology attached to the temples of the Doctor, Graham and Yaz.

• Ellie Wallwork plays Hanne in It Takes You Away.

• Lisa Stokke plays Trine in It Takes You Away.

This article has been updated. We’ll keep you further updated as soon as we learn more.

Doctor Who Magazine #532 officially released information on Episodes 7 through 10 on November 15.

Doctor Who Magazine #533 will release information on the New Year’s special.