Actor Earl Baylon will reprise his role from the Shadow of the Tomb Raider video game franchise.

Netflix and Legendary Television have announced that Earl Baylon will return to the role of Jonah Maiava for the upcoming Tomb Raider anime series, which we reported on at the start of the year.  Jonah is one of Lara Croft’s most-trusted friends and voice of reason.

Allen Maldonado as also been announced for the role of tech expert Zip.

This casting comes on the heels of last month’s news that Hayley Atwell will voice the role of Lara (perfect casting, if you ask us!) Atwell, of course, is no stranger to animated projects, having been one of the highlights of Marvel’s recent What If..? series playing Captain Carter. 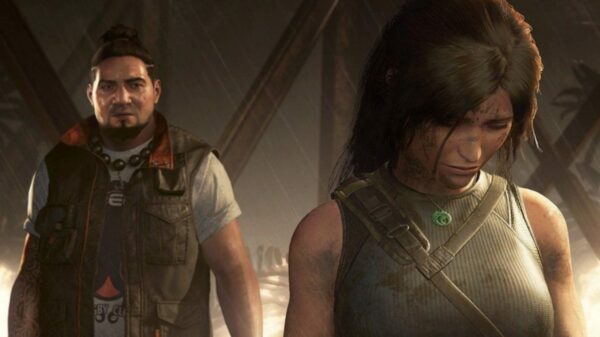 The anime series will pick up Lara’s story after the recent video game reboot trilogy, and follow the iconic character as she explores new territory. Tasha Huo (The Witcher: Blood Origin) is writing and exec producing, with dj2 Entertainment founder and CEO Dmitri M. Johnson (Sonic the Hedgehog), Stephan Bugaj and Howard Bliss. Jacob Robinson will also be an executive producer via his brilliantly titled company Tractor Pants.

In the twenty-five years since the release of the first Tomb Raider game, the series has sold more that 84 million copies. The most recent being 2018’s Shadow of the Tomb Raider.

Ms. Croft has enjoyed a number of big screen adaptations too. Twice in the 2000s with Angelina Jolie in the title role and again in 2018 starring Alicia Vikander. A further sequel is currently in the works, with Lovecraft Country showrunner Misha Green expected to both write and direct.

In addition to Tomb Raider, Legendary Television are also working on a Skull Island series for Netflix, and Pacific Rim: The Black.

While there’s no further information on a time scale for the show, we’ll keep out eyes peeled for a start date.