The ‘Critical Role’ RPG show has added a host of high-profile names.

Amazon Studios have announced that a host of famous voices are joining The Legend of Vox Machina; David Tennant, Dominic Monaghan, Stephanie Beatriz, Felicia Day, Tony Hale, Gina Torres and Indira Varma will all feature in the show.

The show, based on a live-streamed table-top role playing game, was first conceived as a 22-minute animated special. After an incredibly successful 2019 Kickstarter, which raised over $11.3 million, it was then boosted to a ten-episode season. It grew again when Amazon Studios came on board, now comprising 24 episodes over two seasons. 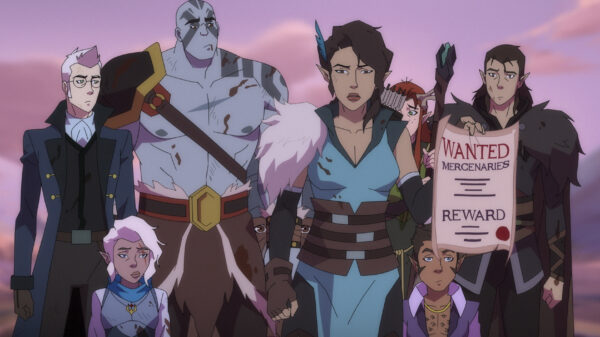 Here’s the premise for The Legend of Vox Machina:

Based on the beloved characters and adventures of Critical Role’s first livestreamed tabletop role-playing game (RPG) campaign, The Legend of Vox Machina is an animated fantasy-adventure series for adults that follows Vox Machina, a band of misfits with a fondness for boozing and brawling. In a desperate attempt to pay off their mounting bar tab, these unlikely heroes end up on a quest to save the realm of Exandria from dark magical forces. From a sinister necromancer to a powerful curse, the group confronts a variety of obstacles that not only test their skills, but also the strength of their bond.

The Council of Emon

The Legend of Vox Machina begins on Prime Video on Friday the 28th of January, dropping three episodes. Further trios of episodes will be released weekly.

The show looks like a lot of NSFW fun – will you be watching?