Ahead of SanDiego Comic-Con (SDCC), we have a first-look at some of the new Thirteenth Doctor collectables that will appear prior to season 11.

Titan has two limited-edition 6.5” vinyls collectibles for S11, both of which stand 6.5, one standard and on Kawaii variant. Both of then will debut at the BBC America and Titan SDCC booths – before becoming available for pre-order via Forbidden Planet in the UK on July 23rd. 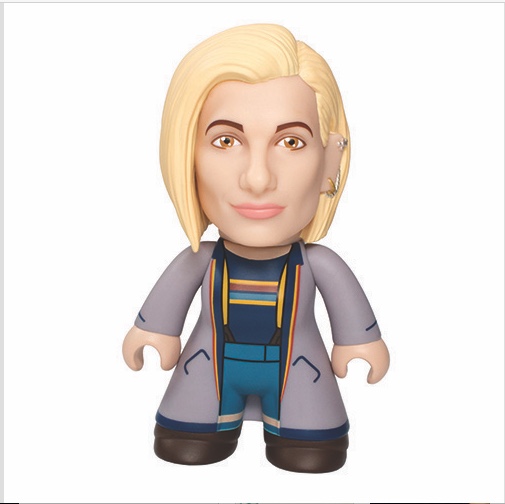 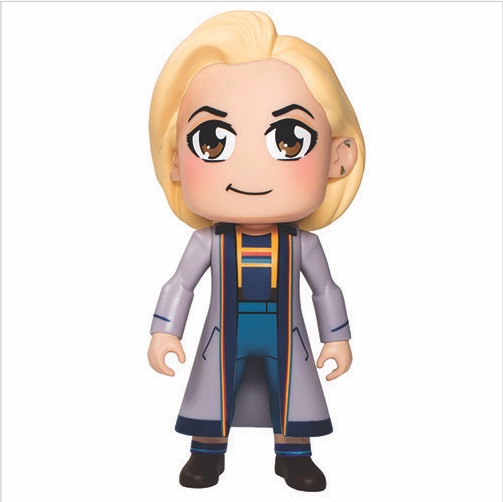 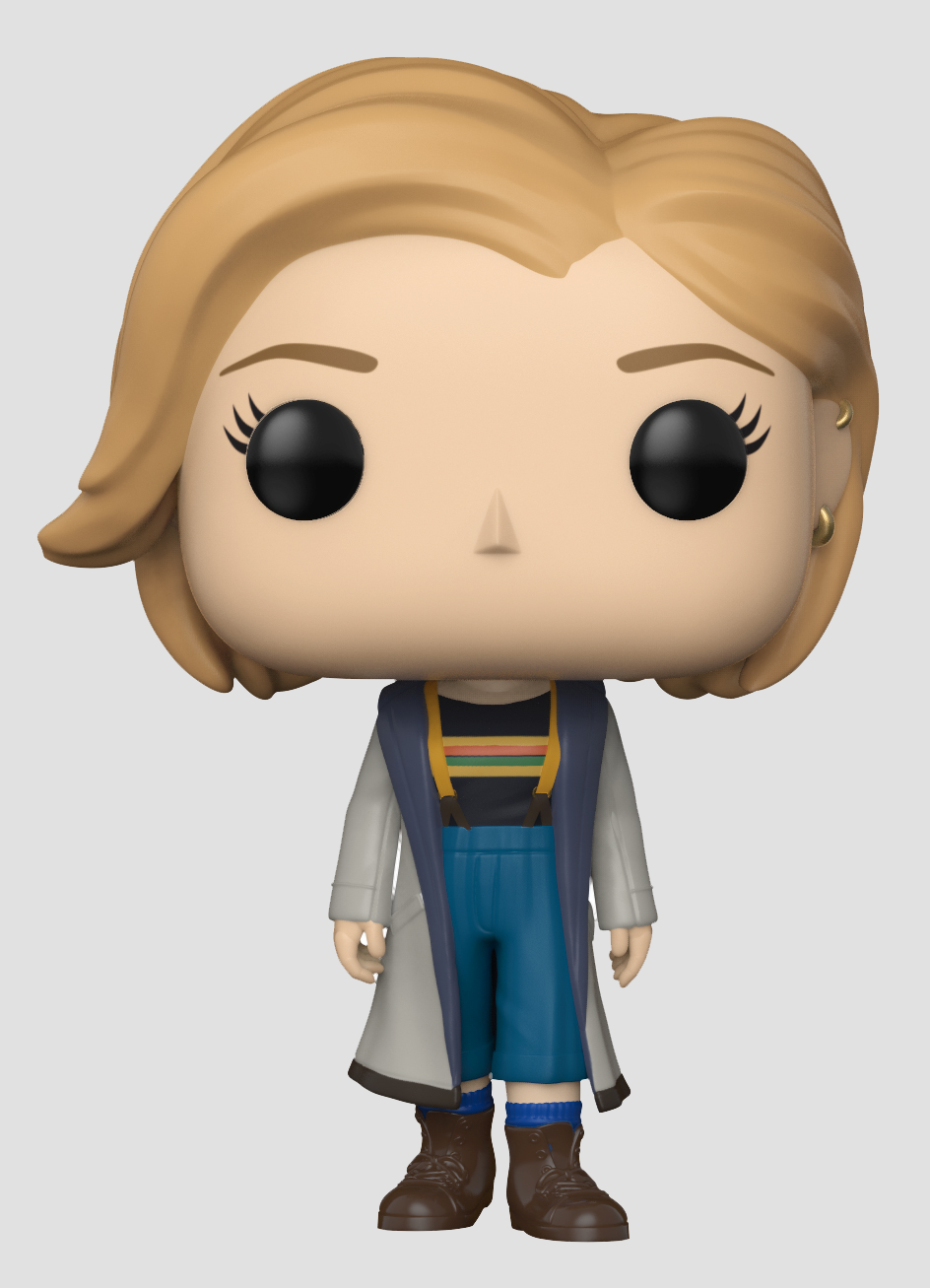 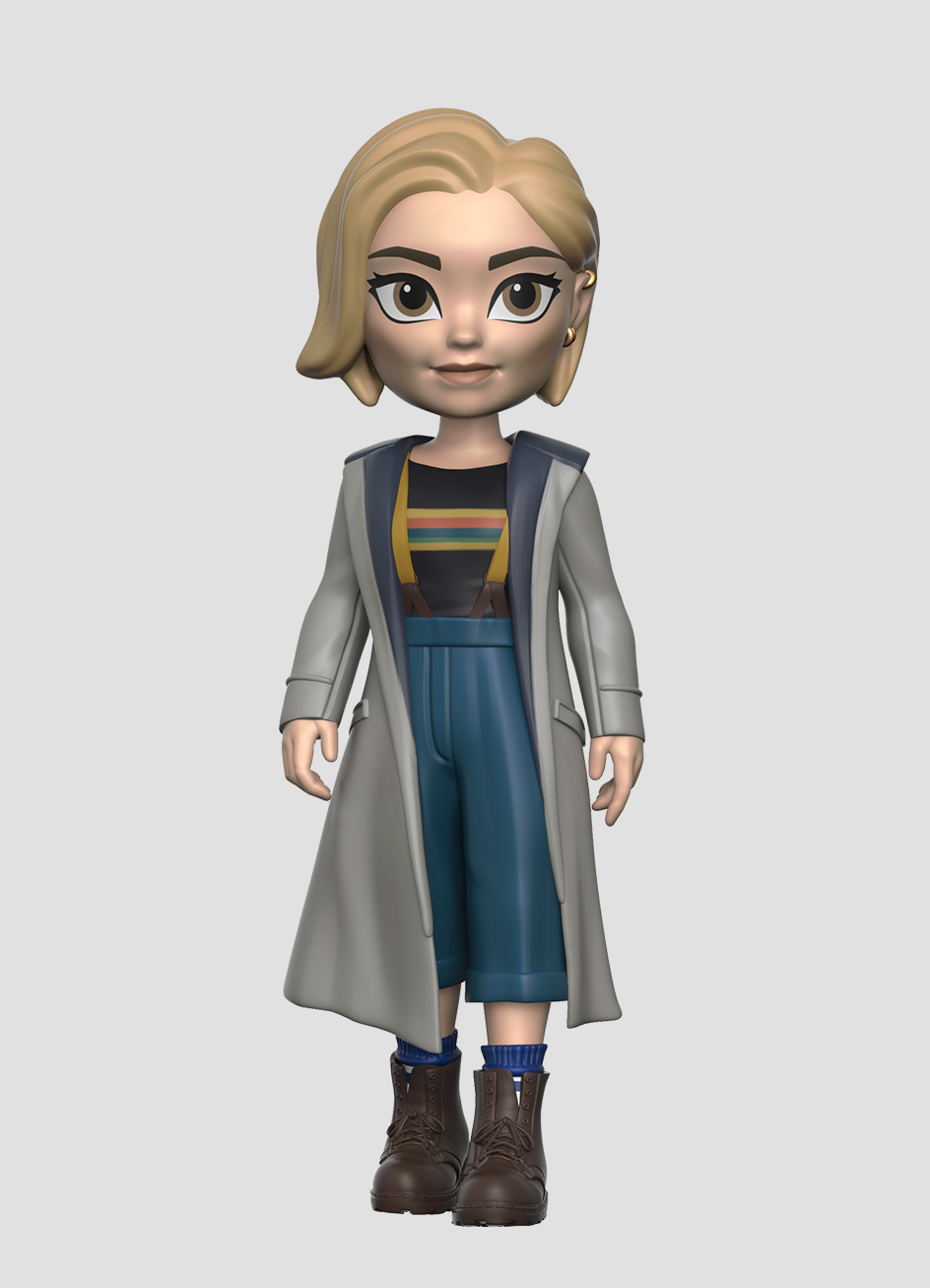 Her Universe is stepping up to debut its range of Thirteenth Doctor-wear, including the almost-iconic-already rainbow striped top, long coat, and blue trousers we’ve seen in BBC promotional material. They’ll be available from Her Universe’s booth at SDCC and later in the autumn via Hot Topic stores in the US. No UK distribution options are mentioned – though Her Universe does ship worldwide via its website. 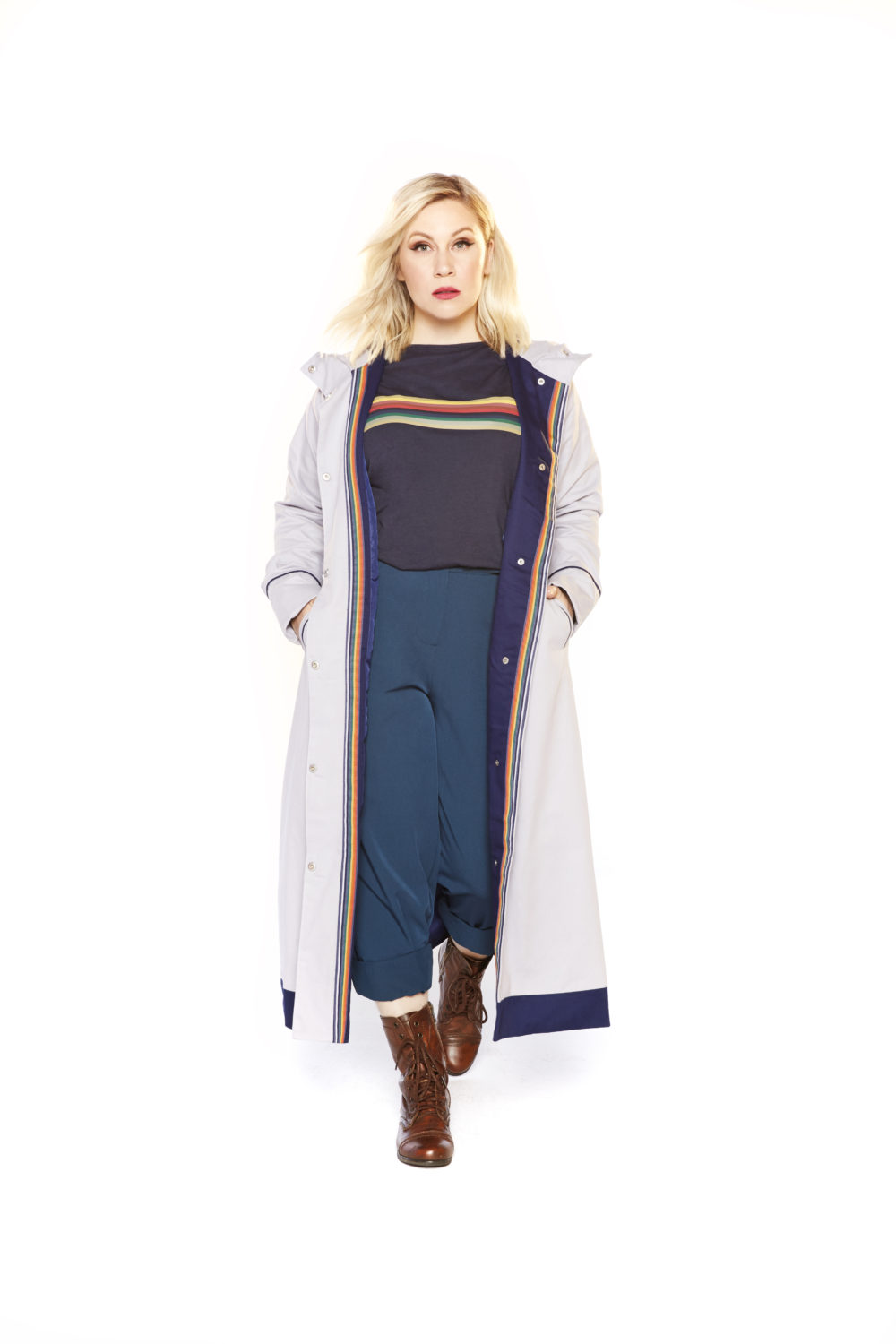 The UK’s Character Options has also come back for S11 with the Thirteenth Doctor figure with a detailed 10”/26cm action figure, with fabric clothes and the thirteenth’s new Sonic Screwdriver as an accessory. Pre-orders for the figure starts from today, via www.character-online.com.

BBC America will hold its panel on Thursday, 19th July at 11:45am Pacific Time. In attendance will be Thirteenth Doctor, Jodie Whittaker – alongside her co-starts, Tosin Cole (Ryan) and Mandip Gill (Yasmin) and showrunner Chris Chibnall (Broadchurch) and executive producer Matt Strevens.