The BBC have announced a mighty assembly of shows for its festive season, including Doctor Who, Call the Midwife, Luther and Les Misérables…

As always there will be a festive – and yup, murderous – edition of EastEnders as the truth about Alfie and Hayley has catastrophic consequences for everyone involved. Additionally, there’ll be a big Christmas show for Michael McIntyre called, uh, Michael McIntyre’s Big Christmas Show as well as a couple of Yuletide episodes of Mrs Brown’s Boys.

Mark Gatiss brought M.R. James’ The Tractate Middoth to life a few years back and this Christmas he’s written and directed his own spooky tale. The Dead Room follows Simon Callow as Aubrey Judd, the radio series’ veteran presenter and national treasure, who finds that he must adapt to changing times and tastes… But whatever happened to the classic ghost stories? The good old days? Aubrey soon discovers that all is not quiet in the eerie radio studio – and that elements of his own past are not as dead and buried as he perhaps hoped. Starring alongside Callow is Anjli Mohindra, Susan Penhaligon and Joshua Oakes-Rogers.

There’ll be documentaries about comedian Billy Connolly, writer Andrew Davies and storyteller Raymond Briggs, and, of course, Doctor Who. Jodie Whittaker will return to the title role alongside Tosin Cole, Bradley Walsh and Mandip Gill as Ryan, Graham and Yaz. As the New Year begins, a terrifying evil is stirring, from across the centuries of Earth’s history. As the Doctor, Ryan, Graham and Yaz return home, will they be able to overcome the threat to planet Earth?

She’s even got a lovely new scarf for the occasion… 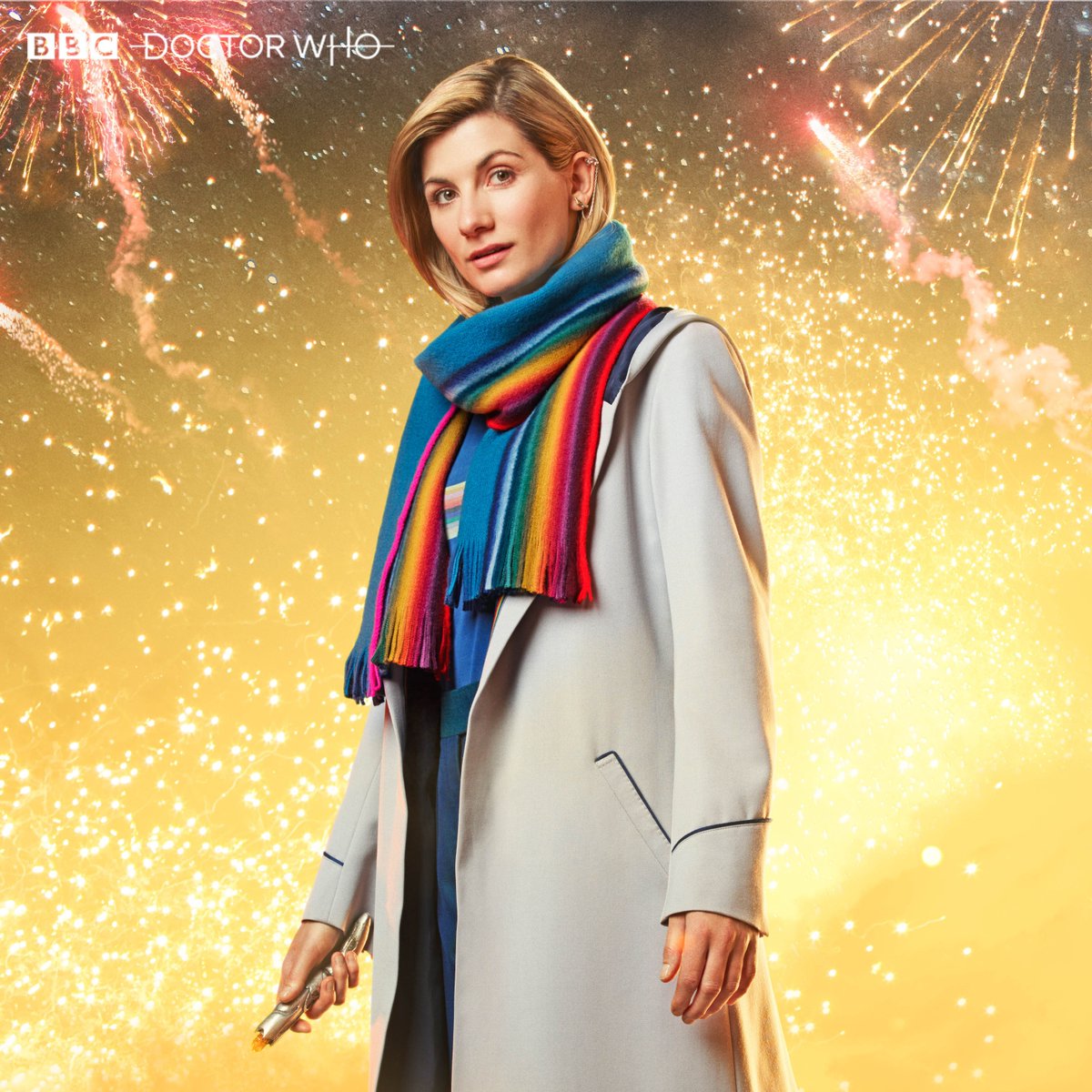 Another hotly anticipated show is the return of Luther with not-James Bond Idris Elba returning to the role. The synopsis goes a bit like this…

When the moonless shadows of London give birth to a new nightmare, DCI John Luther played by Idris Elba is once more called to immerse himself in the deepest depths of human depravity.

While the monstrous and seemingly indiscriminate killings become ever more audacious and public, Luther and new recruit D.S. Catherine Halliday played by Wunmi Mosaku are confounded by a complex tangle of leads and misdirection that seems designed to protect an untouchable corruption. But even as the case brings him closer than ever to the true face of evil, a reluctant Luther is forced to confront the unburied demons of his own recent past. Striding back into the line of fire, he must choose who to protect and who to sacrifice.

Whatever his next move, it will have devastating consequences for those around him — and change John Luther forever.

We’ll give you air dates as and when we receive them.