The BBC have released the first details of their upcoming drama series Crossfire. Set at a Canary Islands resort, the story will feature a gun attack and its implications on both holidaymakers and staff. 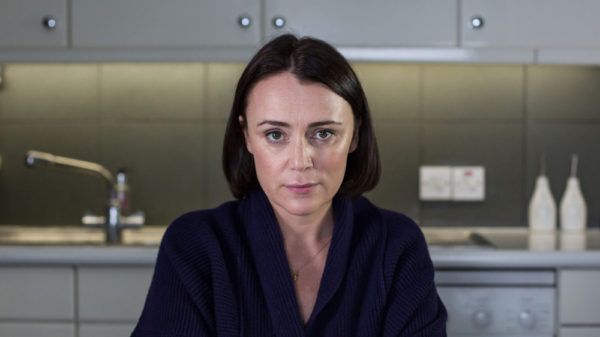 Sunbathing on her hotel room balcony while on a dream holiday with her family and friends, Jo’s (Keeley Hawes) world is turned upside down when shots ring out across the complex. Gunmen, out for revenge, have, in an instant, turned a slice of paradise into a terrifying heart-breaking hell.

A story of survival and resilience, Crossfire is an edge-of-your-seat nail-biting thriller yet also emotional, intimate and relatable. With the unsuspecting holidaymakers and hotel staff forced to make monumental split-second life or death decisions, the consequences will linger long after the final shots are fired.

“I’m so excited to be embarking on this brilliantly compelling and propulsive drama for the BBC, especially as it’s the third production for Buddy Club. Filming has already begun and we’re delighted to be collaborating with the team at Dancing Ledge Productions and Louise Doughty on her first original production for television.”

Buddy Club Productions is Hawes’ own company and was also behind Finding Alice and Honour for itv, both starring the actress.

Louise Doughty has created and written Crossfire, following on from the success of Apple Tree Yard which was previously adapted for the channel:

“This is a drama about a group of ordinary people caught up in an extraordinary event – a gun attack on the hotel where they are staying. In extremity, each character is faced with a set of dilemmas: and at the heart of it is Jo, who booked the holiday and unknowingly put her family and friends – and herself – at risk.”

“I’m fascinated by the idea of how so-called ordinary people respond to intense pressure and I couldn’t be more excited to have written this drama for Dancing Ledge Productions and the BBC and to have the amazing Keeley Hawes in the star role.”

Directed by Tessa Hoffe and produced by Alex Mercer (Doctor Who), Crossfire is co-production with the Spanish free-to-air broadcaster TVE. It’s made by Dancing Ledge Productions (The Salisbury Poisonings) in association with Buddy Club Productions. The Executive Producers are Laurence Bowen and Chris Carey for Dancing Ledge Productions, Lucy Richer for the BBC, Louise Doughty and Keeley Hawes. Further quotes from those involved are available here.

There’s no indication when Crossfire will arrive, but when it does it will air on BBC One and iPlayer.