Doctor Who Series 12 is scheduled to premiere early 2020, most likely beginning on New Year’s Day 2020, though there is no premiere date officially announced.

Leading up to the series premiere, there are two dates to be watch; November 15 and Doctor Who Day, November 23, the 56th anniversary of the date the first Doctor Who episode, An Unearthly Child premiered. 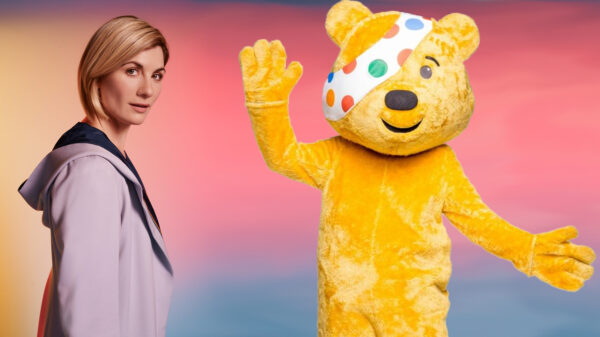 On November 15 on BBC One, the broadcast of the the BBC charity fundraising spectacular, Children in Need promises “a visit from Doctor Who”. This will likely be an appearance  of the actress who currently plays the Doctor, Jodie Whittaker.  In addition, the Radio Times listing for the programme states that a Doctor Who special is “on the bill.” The Children in Need broadcast begins at 7:30 p.m.

Part of the broadcast will be pre-recorded at BBC Elstree on November 14 “featuring a fun surprise with one of television’s biggest stars”, along with a circus performance. There is no word yet on the identity of the big television star but it could possibly be Jodie Whittaker.

The other date of note is November 23. The official Doctor Who Twitter account released this short teaser with the words, “Make Space… 23.11.19”.