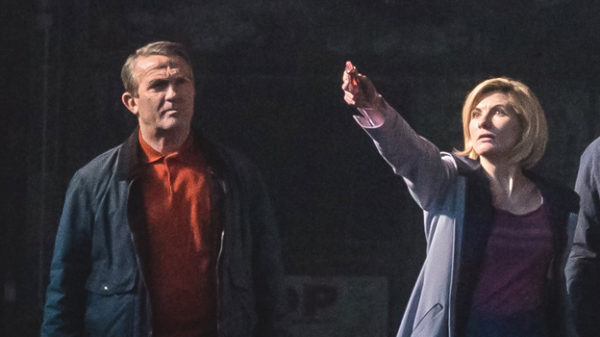 “Listen, this is going to be an unbelievable series!,” Bradley Walsh exclaimed while speaking of Series 13 on the New York Comic Con Doctor Who Panel on October 8. “An unbelievable year of titanic proportions.”

@Ruther2 also discovered guest cast member Sara Powell, who will portray British-Jamaican nurse, healer and businesswoman Mary Seacole, who set up the “British Hotel” behind the lines during the Crimean War for wounded British soldiers.

Possibly a celeb historical in this block pic.twitter.com/soaxoJAsRd

Doctor Who Series 13 remains on schedule to begin filming toward the end of 2020 as showrunner Chris Chibnall stated in Doctor Who Magazine 551 in April of 2020.

“We’re certainly in prep,” Jodie Whittaker assured at the time the panel was recorded. “So what we are all hoping for is for us to be filming before the close of 2020.”

The Doctor Who Festive special Revolution of the Daleks will air this winter, most likely on Christmas Day 2020.