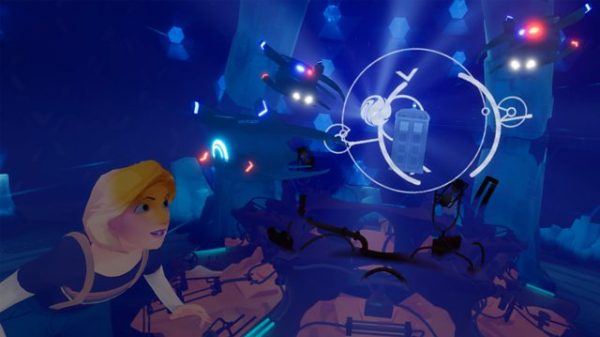 Fans who don’t have headsets at home may be able to catch Doctor Who: The Runaway at their local library, as part of the BBC VR Hub’s VR tour. To find out if your local library is showing it check this online schedule, which is being updated each week with details of where the tour is heading next.

For more information about Doctor Who: The Runaway, you can read our previous articles about the game here, here and here.

There is no word on exactly when Doctor Who: The Runaway will come to audiences  outside the UK but it will be available “at a later date.”