BBC One has confirmed this year’s Christmas schedule.

Highlights on Christmas Eve will include Harry Hill’s The Incredible Adventures of Professor Branestawm at 8.30pm and a Not Going Out special at 9.30pm. 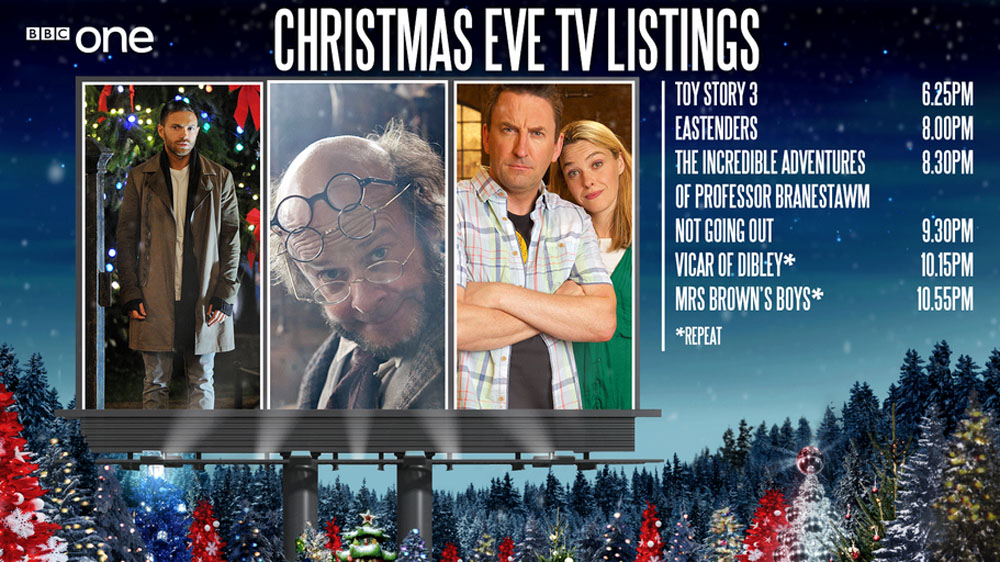 Highlights on Christmas Day will include Doctor Who‘s Christmas special at 6.15pm, the penultimate episode of Miranda at 7.15pm, a Call the Midwife special at 7.50pm and an hour-long EastEnders at 9pm. 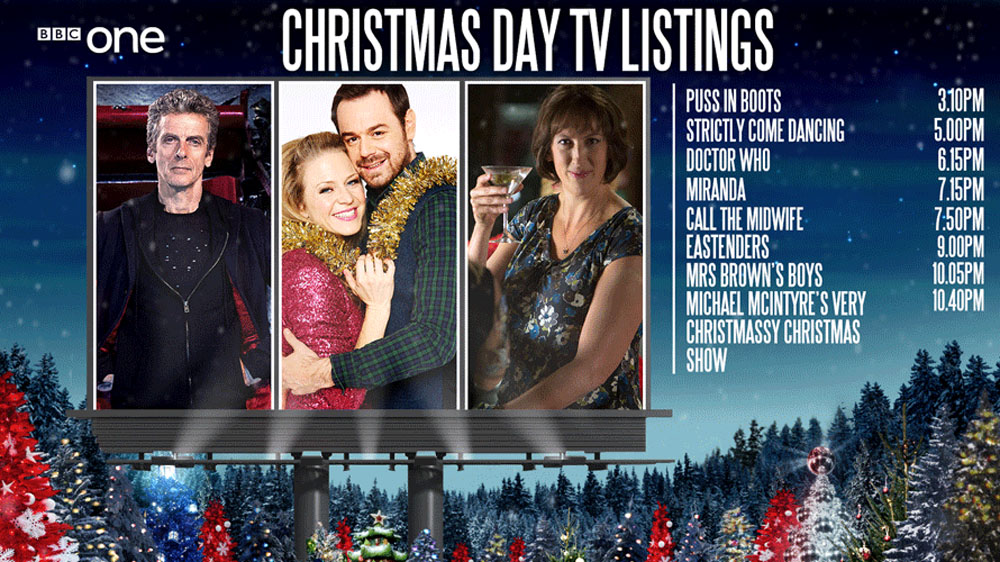 Highlights on Boxing Day will include the return of Still Open All Hours at 6.25pm, an adaptation of David Walliams’ book The Boy in the Dress at 6.55pm and Marvel movie Avengers Assemble at 8.30pm 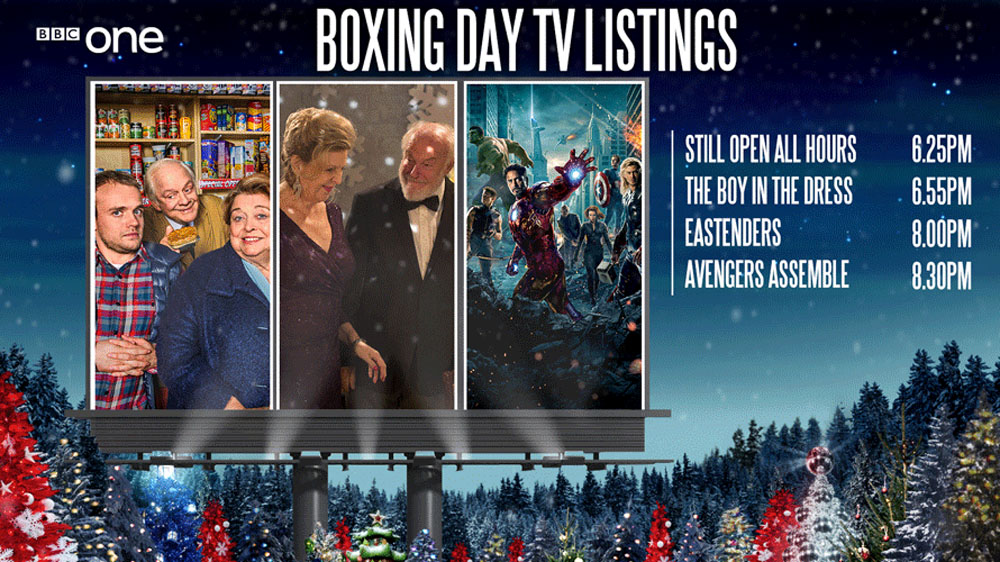 Guest starring Nick Frost as Father Christmas, this year’s Doctor Who Christmas special will air at 6.15pm and will run for 60 minutes. 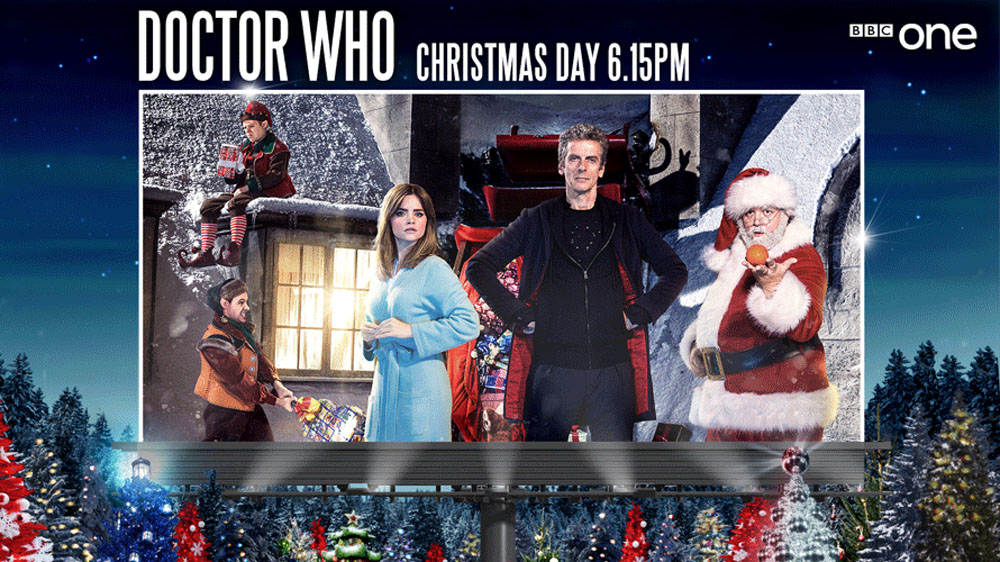 What are you most looking forward to on BBC One this Christmas? Let us know below…