Sylvester McCoy’s first season as the Seventh Doctor, featuring a full season of Bonnie Langford as Melanie Bush, is the next release to come to Blu-ray with The Collection: Season 24.

In Season 24, the Doctor is faced with enemies including the Rani (Kate O’Mara) and the terrifying Tetraps in Time and the Rani, Kroagnon and his cleaning robots in Paradise Towers, the ruthless Bannermen in Delta and the Bannermen and Kane (Edward Peel), the murderous ruler of Iceworld in Dragonfire. 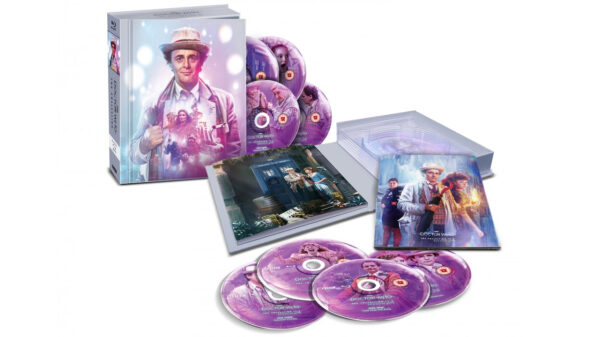 Extended versions of all four stories, featuring previously un-transmitted material
Immersive 5.1 surround sound & isolated scores
Brand new documentaries – Including a feature-length overview of Season 24 – Here’s To The Future, plus The Making Of Delta And The Bannermen
Rare studio and location footage – Over 25 hours of raw material never seen before, including behind-the-scenes footage from the regeneration scene
In Conversation – Matthew Sweet interviews Sylvester McCoy about his life, career, and time as the Seventh Doctor
Behind the Sofa – Four new episodes with Sylvester McCoy, Bonnie Langford, Sophie Aldred, Peter Davison, Janet Fielding, Sarah Sutton, Colin Baker & Michael Jayston
The Doctor’s Table – Sylvester McCoy, Bonnie Langford, Sophie Aldred and Clive Merrison reminisce about the making of the season
Rare Gems from the Archives – Hours of footage covering the promotion of this season including lots of previously unreleased material
An Audience with Lady Stevens – A brand new interview with Season 24 actor and Rocky Horror cult figure Patricia Quinn
Convention Footage
HD Photo Galleries – Including many previously unseen images.
Info Text – Behind-the-scenes information and trivia on every episode
Scripts, costume designs, rare BBC production files and other rarities from the archive
Hours of special features previously released on DVD and Blu-Ray 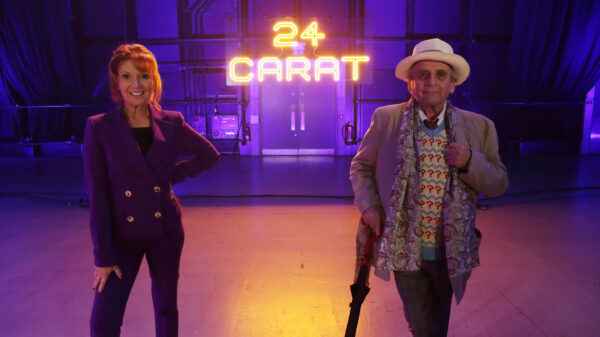 You can pre-order Doctor Who: The Collection – Season 24 from Amazon, Zavvi and HMV in the UK, from Sanity and JB in Australia and Amazon in the US.