The executive producer of Downton Abbey has promised “twists and turns” for Mr Carson and Mrs Hughes in the new season.

Gareth Neame told Deadline: “We thought the world was ready for this partnership to take a step forward and I’m delighted with the excitement about their engagement.”

He hinted: “No doubt married life – with all that entails – is on the horizon, although with the twists and turns of the events of life in Downton we don’t yet know if they’ll even make it down the aisle!” 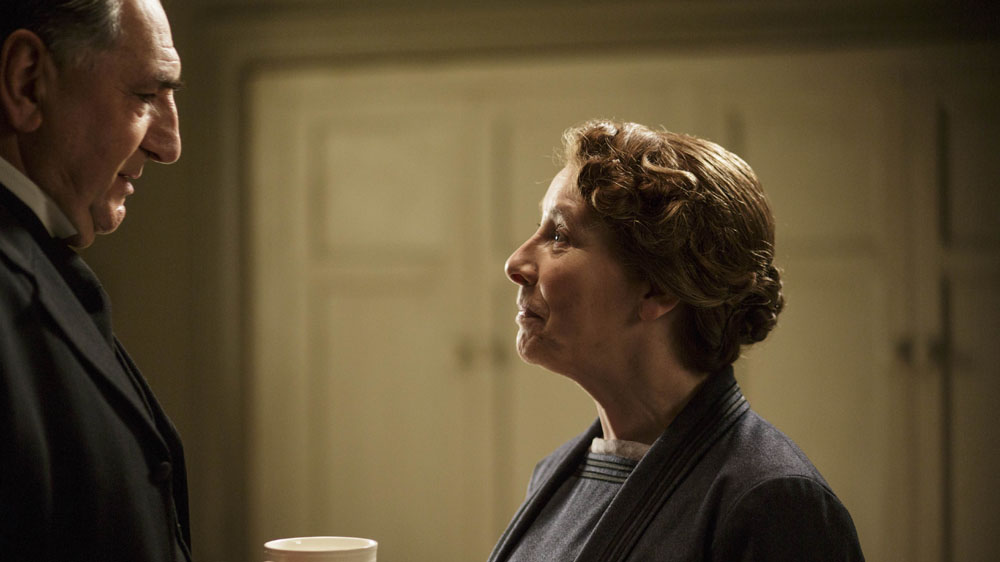 Season 6 begins filming soon and will air on ITV this autumn.

Neame also revealed that it is unlikely that scenes will be shot in America, despite Tom and Lady Rose headed stateside in the most recent Christmas special and Cora’s family living in the US.

He commented: “I would absolutely love to bring the Crawleys to America. A couple of episodes in Newport or Boston or New York. It would be a complete thrill. But production costs associated with such a visit would be prohibitive to our partners, plus we have so much more story to tell in England.”

Season 5 was watched by an average of 10.4 million viewers last year.

What do you want to see in Season 6? Let us know below…