Aiden Turner has been talking about the upcoming fourth series of the BBC costume drama, and how much longer it will run.

The immediate future of the successful show seems assured, with it’s fourth run definitely scheduled for our screens in the autumn of this year, however a recent interview with the show’s star has cast doubt on how far the show will be stretched out beyond that.

The end of Poldark’s series 3 saw the show’s main protagonist eying a move to Westminster, amidst marital problems at home, and this is where the drama of a “tempestuous” series 4 will pick up. “They might start off a bit rocky,” Turner told Radio Times of the relationship between Ross and Demelza, “and they might try to figure things out. It’s a very real relationship, these things can happen in a marriage… I think we tackle it in a very real way, it’s something an audience will understand.” 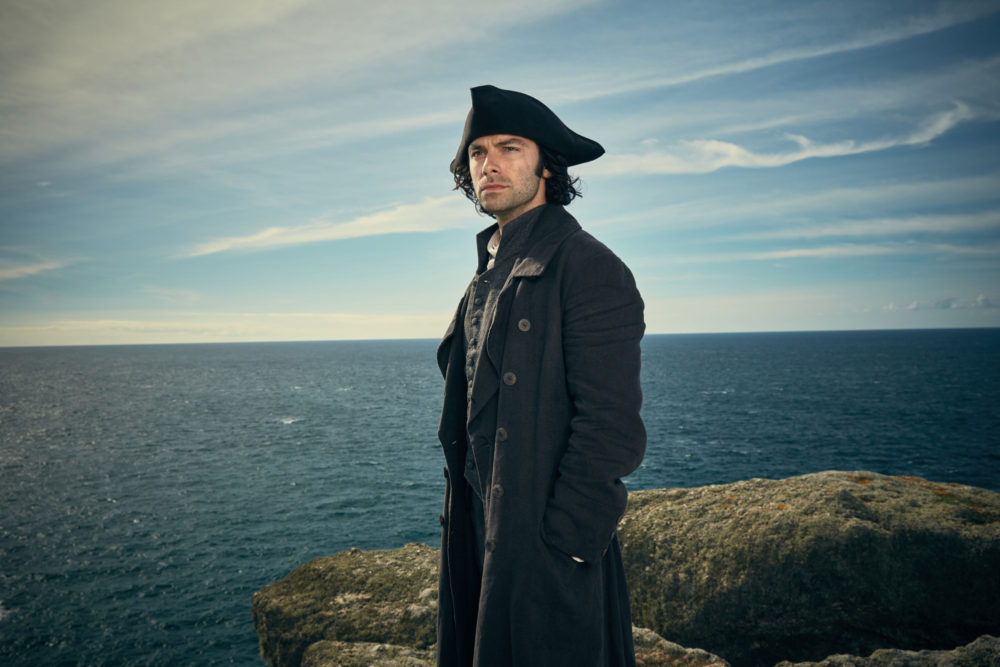 He also confirmed that some of series 4’s action, which apparently takes its cue from books six and seven of Winston Graham’s series (The Four Swans and The Angry Tide), will move to the capital and see Poldark orating from the benches of the House of Commons. “It’s great, for Ross to do something different,” he said. “To take it to London, to get involved, it’s where he [Ross] was always headed I think. It’s where his passion lies, it’s what he’s interested in, and that’s where he needs to fight George Warleggan, not in Cornwall any more but in the House of Commons. That’s where it’s at.”

As for details on when we’ll see the new run of shows, Turner reckons “sooner rather than later”, as the drama is already filmed and in post-production. As for the future of the show beyond that, it’s a little less clear.

Graham’s books jump a full decade after The Angry Tide, with The Stranger from the Sea” rejoining Ross Poldark’s story in 1810, so if the BBC show may have to make a similar decision to Game of Thrones – which now works outside of the fiction created by the characters’ originator – if it wants to illuminate events within this ellipses of time beyond season 4.

Let’s hope we don’t have to wait a decade for everyone to age appropriately!