There’s plenty of news coming out of the Television Critics Assoc. press tour over in the US at the moment, much of it courtesy of HBO’s new programming president, Casey Bloys. Chief among the snippets he put out into the world yesterday was news on season 3 of Nic Pizzolatto’s atmospheric crime series, True Detective.

The headline maker was news that Mahershala Ali (Moonlight, Luke Cage, Alphas) will lead the show’s acting talent on the third run. He takes over the lead from season 2’s Colin Farrell and Rachel McAdams, and the Matthew McConnaughy/Woody Harrelson team that fronted season 1. It’s not yet known with whom, or indeed if, he will be partnered. 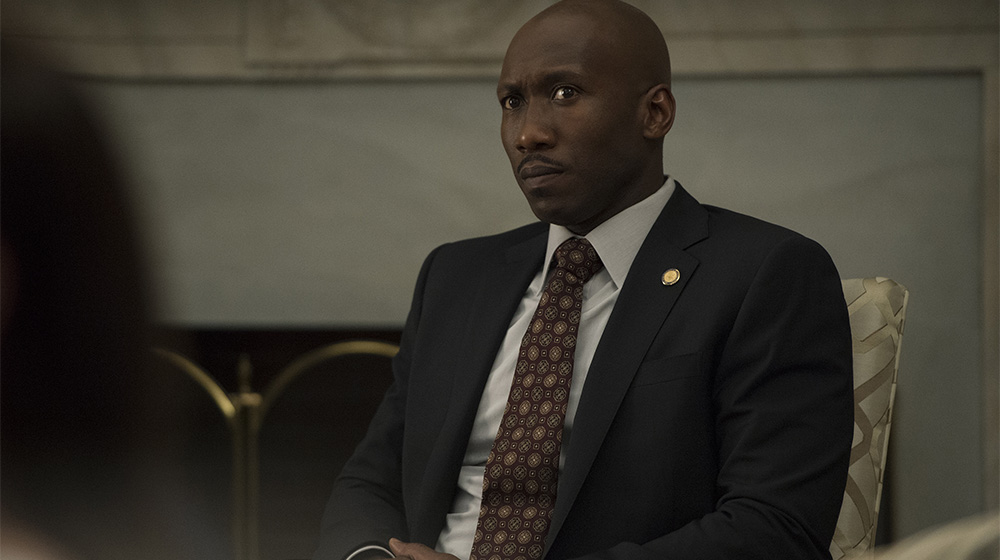 Lauded as groundbreaking television in its first run, True Detective is generally seen as having  stumbled in its second outing. That was largely put down to it’s Pizzolatto’s wish to write all the scripts himself, and the pressure that decision put upon himself in the face of fans’ (and thus the network’s) eagerness for more episodes.

Indeed, former HBO president Michael Lombardo has described rushing Pizzolatto to complete season 2, rather than waiting for the scripts to be ready before beginning the series, as one of the network’s “biggest failures”. He summed up his assessment by saying , “when we tell somebody to hit an air date as opposed to allowing the writing to find its own natural resting place, when it’s ready, when it’s baked – we’ve failed.”

Bloys, who replaced Lombardo at the top of the HBO pile in May, seems intent on not repeating the perceived mistake. Not only has the network teamed Pizzolatto up with Deadwood creator David Milch to produce the scripts for the series – of which five are apparently already complete – it is not going to pull the trigger on the series until they’re sure it’s done. Indeed, Bloys said that HBO was only now looking for a director for the new show – hinting that, like season one, it may look to find just one person to helm the upcoming run, as compared to the multiple people who took control of the last series.

Are you still excited for more True Detective? Let us know in the comments!