The two actresses shared laughs and chills when discussing their experiences filming with Doctor Who monsters.

“I love the Pting,” Mandip said of the voracious monster from The Tsuranga Conundrum. “Only because I think it’s so cute!” 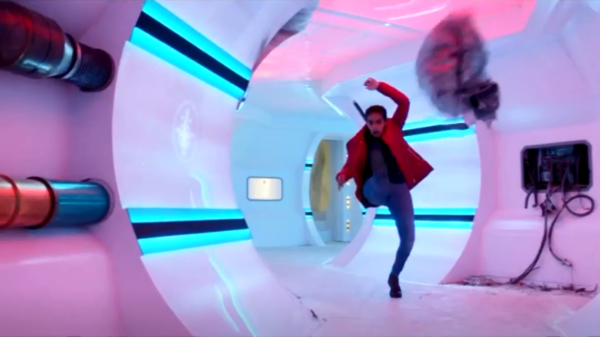 “I had to kick this thing that ended up being really heavy and than I fell on the floor,” Gill said as Whittaker laughed. “It was quite a fun scene to do.” 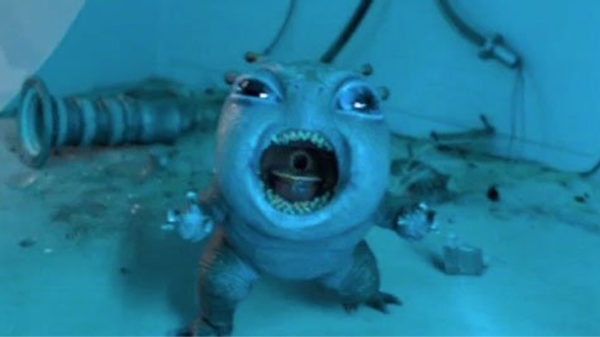 “The Pting is drawn in post[-production],” Jodie Whittaker explained. “…the Pting would transition from like a first AD, assistant director, laid on the floor pretending to be a tiny Pting to someone banging on a wall – and then when we watched it, it was such a cute little thing!”

Whittaker took the opportunity to tease Gill about how she had a hard time looking at the objects used as a stand-ins for CGI monsters, such as the spiders in Arachnids in the UK. 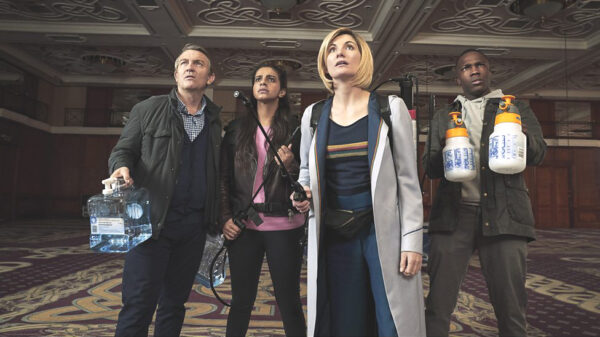 “Everyone was looking in the same direction, because it was someone with a tennis ball [on a stick],” Whittaker teased. “Mandip was looking way off.”

The pair’s two scariest monsters are Ribbons from It Takes You Away and the Morax from The Witchfinders. 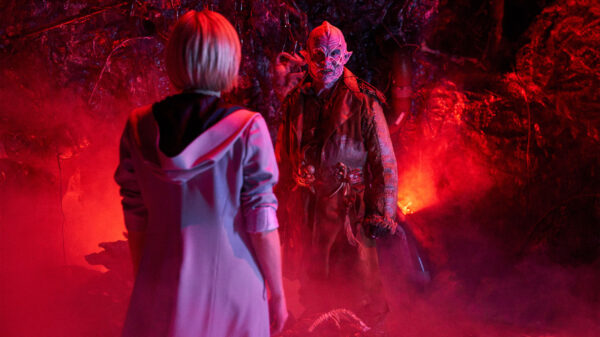 “Oh, the seeping of of the mud out of the eyes,” Whittaker said of Siobhan Finneran’s performance. “That freaked me out.” 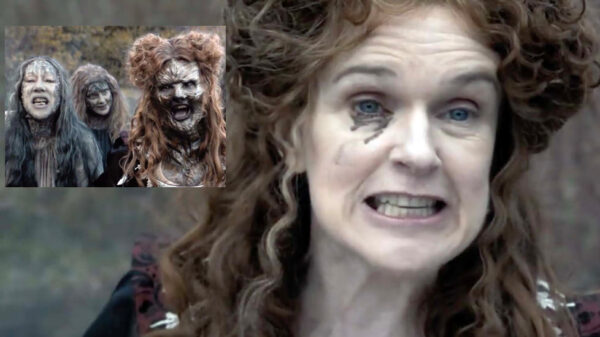 Doctor Who: The Monster Vault is described as the ultimate guide to every monster in the Whoniverse, from the Abzorbaloff to Zygons, and includes in-depth biographies, classic episodes, making of anecdotes, and more. 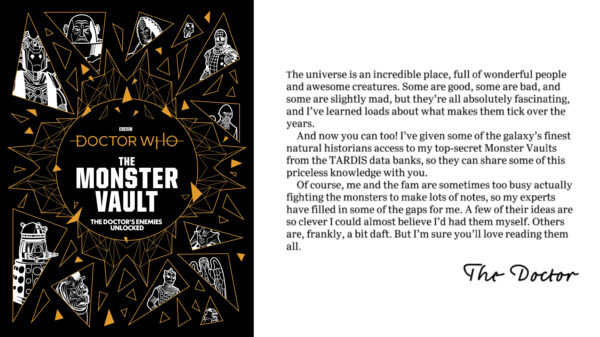 Doctor Who’s biggest and most comprehensive monster guide yet, The Monster Vault takes you on the ultimate tour of the Whoniverse, discovering and cataloguing every wonderful and terrifying creature the Doctor has ever encountered.

From the notorious Daleks, to evil Stenza warrior Tzim-Sha and the ancient Thijarians, The Monster Vault features in-depth profiles on each monster, showing the Doctor’s most dangerous enemies in their natural habitat and unveiling their secret histories. You will also discover how monsters were created and designed, behind-the-scenes secrets, unseen details from the original scripts, case studies and rare artwork.

This lavish and visually stunning book provides an unrivalled wealth of information, allowing you to explore the rich history of Doctor Who and expand your knowledge and understanding of characters old and new.”

Doctor Who: The Monster Vault is available now in both print and digital editions here.