Following the successful fan event, #SaveTheDay, Doctor Who Magazine writer Emily Cook has organized another communal fan watch and live tweet of the first episode of the modern Doctor Who series on its 15th anniversary.

On Thursday March 26, Cook invites fans all over the world to watch Rose from their homes with its writer Russell T Davies, who promises to create a new Twitter account to live tweet as he watches the Doctor Who episode.

LIVE TWEET, this Thursday 26 March, 7pm UK time, “Rose,” for its 15th anniversary. Available on iPlayer and Netflix. Apparently, I’ll have to join twitter for this. I blame you, @stevenwmoffat. For everything. Can we swear? Also, surprise extra material released on the day. Exciting! Join in! . . . @bbcdoctorwho @bbc @bbcone @bbciplayer @doctorwho_magazine

Fans joined with Steven Moffat and Ingrid Oliver to watch The Day of the Doctor on Saturday, March 21 while sharing their appreciation on social media with the hashtag #SaveTheDay. The event was organized to help alleviate the isolation and anxiety Doctor Who fans are experiencing from the social isolation necessary to combat the spread of the COVID-19 virus.

Their communal experience was akin to the TARDIS of both the tenth and eleventh Doctors appearing in the barn so that the War Doctor wouldn’t have to face his difficult dilemma alone. As the Moment says, “You know the sound the TARDIS makes? That wheezing, groaning. That sound brings hope wherever it goes.” 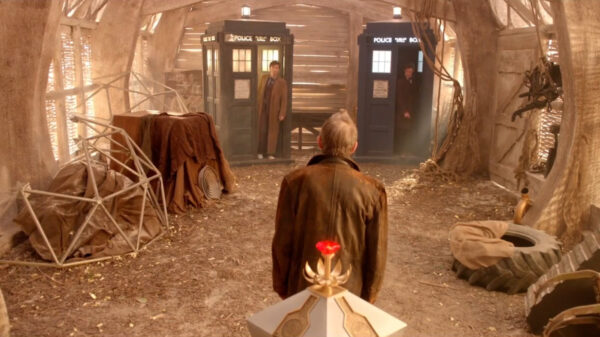 Take your DVD off the shelf or watch a streaming service and Join Russell T Davies and other fans on Twitter on Thursday, March 26 at 19:00 GMT to watch Rose. 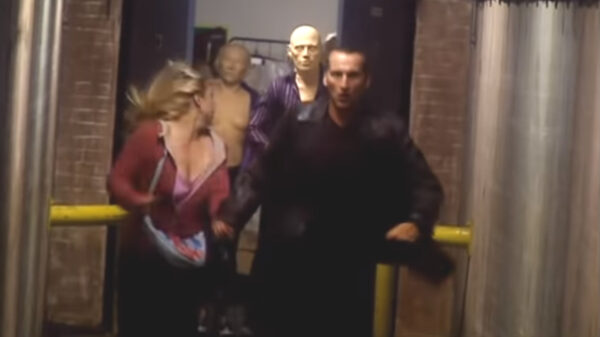 Keep an eye on @Emily_Rosina, who will direct you to Russell T Davies’ new Twitter account and use the hashtag #TripOfALifetime to join the conversation.