Lucifer tops the Nielsens for September 13-19, after just coming second the weekend season 6 was released

We’ve processed the Nielsen data for the week of September 13-19 and Cultbox favourite Lucifer tops the chart, though possibly for the final time. Before we dive into the data, here’s what we predicted last week:

We see Clickbait numbers dropping, but can’t decide on Lucifer. When the much delayed season 5B dropped (see our review) it started with over 1.2 billion minutes then grew to over 1.8 billion. Despite our review of season 6, we get a sense the anticipation for this final outing wasn’t as high, and while it scored well the first weekend, it won’t sustain as long as the previous (pandemic delayed) release.

We still can see Lucifer taken the top spot from Clickbait, What If…? may hang around the bottom and we’d like to see Sharkdog in the chart again (we like the picture!)

We’ve given ourselves a pat on the back for accuracy (ignoring Sharkdog), so this week we decided to throw a party in the main conference room. We gave everybody a set of yellow sticky notes to make their predictions, then selected a few at random in a particularly vigorous version of Pin the tail on the Donkey. We’ll see how accurate we are next week!

Don’t forget this is data from a few weeks ago, and US audience. We add the columns marked with ‘*’. 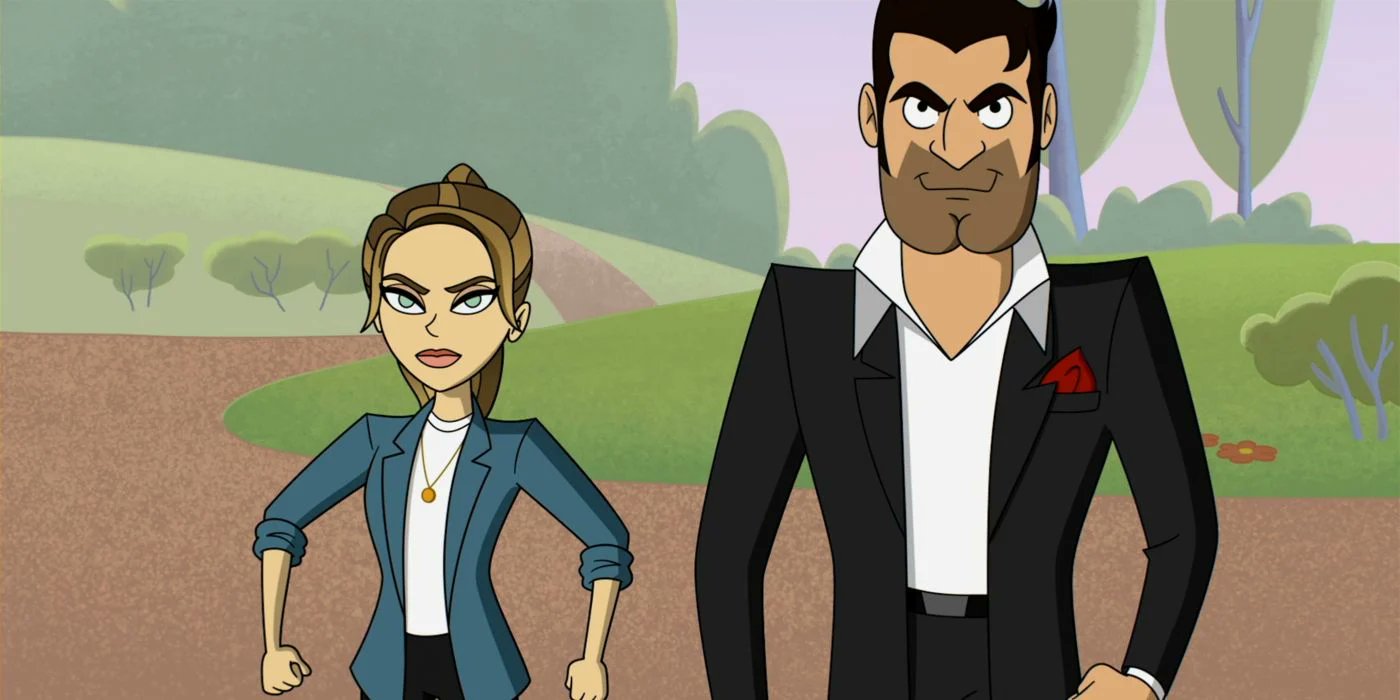 In fact Lucifer season 6 (see our review) gathered almost twice the numbers of Clickbait, which fell back as we predicted. It’s healthy total of over 1.5 billion minutes though the much delayed season 5B managed over 1.8 billion on its second week. We make that a drop of a size similar to the same comparison for week 1 (which was just over 1 billion for season 6 vs 1.28 for season 5B).

As we said, a drop for Clickbait and a hefty one at that (last week it managed over 1.1 billion. What if…? seems to have a settled fan base, taking each episode, and other mid-table titles are bubbling along.

More notable is the drop for Money Heist, the show we half-thought might do well on week 2, instead dropping from an unspectacular 452 million.

What about next week?

We predict Lucifer will fall to around 800 million, and Squid Game should make an appearance on its way to total chart domination, perhaps next week if not the week after. Money Heist looks doomed to vanish, and most of the regulars will drop.

Whatever does happen, we’ll bring you our unique take! Until next week…