The upcoming MCU series sees him play a special forces soldier with an identity disorder.

As The Book of Boba Fett heads towards its conclusion, thoughts are turning to the next big live-action series on Disney+. Marvel’s Moon Knight, starring Oscar Isaac, is due to land on the streamer on the 30th of March.

Taking part in Variety’s ‘Actors on Actors’ interview series, Isaac discussed his thoughts on the show in conversation with Jared Leto (who’s soon to be Sony’s Morbius on the big screen).

Firstly, he recognised the lower profile of Moon Knight: 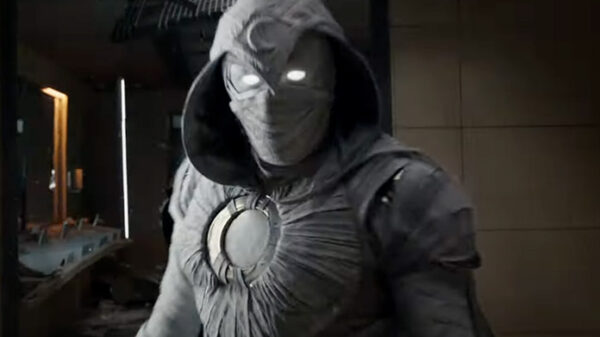 But then also suggested that television offers a creative freedom denied to the big movie projects:

“There was a lot of room to try stuff because there wasn’t the pressure that we got to make sure we make however many hundreds of millions of dollars on the opening weekend. So we could make it very point-of-view. We could make very weird decisions. At the moment, at least – and I don’t imagine it’s going to go backwards – it feels like that’s where more of the risk is being taken because it can financially.”

The full conversation covers their wider careers. They discuss balancing music and acting aspirations, their methods of getting into character and how they’ve enjoyed each other’s performances. Leto’s remarkable turn in the Ridley Scott’s recent House of Gucci gets a mention, as well as Isaac’s role as Duke Leto in Dune.

It’s a great interview and well worth watching (or reading).

The same interview series has also includes Andrew Garfield and West Side Story’s Rachel Zegler bonding over their love of musical theatre and keeping Spider-Man’s secrets.

Based on the comic book of the same name, Moon Knight tells the story of a sleep troubled museum gift-shop employee. Through blackouts and impossible memories of another life, Steven Grant discovers that he suffers with dissociative identity disorder and shares his body with a mercenary named Marc Spector.

The show stars Oscar Isaac, Ethan Hawke, May Calamawy and the late Gaspard Ulliel, who has sadly passed away since filming completed.