Subscribers to the official Doctor Who email newsletter received a preview link to a new short story titled The Dawn of the Kotturuh.

The Dawn of the Kotturah was released as part of Time Lord Victorious, a multi-platform Doctor Who story told across audio, novels, comics, vinyl, digital, immersive theatre, escape rooms and games.

Originally slated to be released on September 23, the story penned by James Goss chronicles the experience of an alien race called the Birinji, the first to encounter the Kotturah, a terrifying race which introduces death to the Dark Times, an ancient time and place where only accidental misfortune can end life. 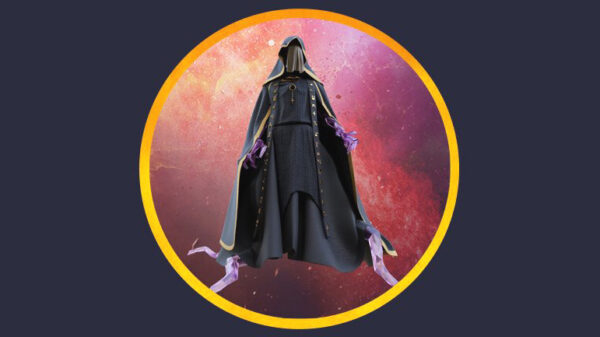 Much like the Weeping Angels, the Kotturah are a race which kills “kindly”, only they don’t alter lifespans for food, rather they apportion death as part of their “Great Task”. The time-aware Kotturuh consider it their their mission and duty to visit every world and species to assess what value they offer to eternity.

“You had perhaps something to offer to the Great Song,” the Kotturah tells the Birinji leader. “But not any more. As such, eternity is wasted on you. But the Crystal Moths – we believe they will make the most of what remains. They will soar.”

“We have judged you, we have given you our gift. Now you may begin screaming.”

To discover the Kotturuh’s ultimate sentence on the Birinji in The Dawn of the Kotturuh, you can read the story here. It became available online after newsletter subscriber’s first look.