And a new poster image too!

To celebrate May the Fourth, now seemingly cemented as Star Wars Day, Disney+ have dropped a full trailer for Obi-Wan Kenobi. The show, following the wilderness years exploits of the titular Jedi, lands at the end of May.

Set a decade after Revenge of the Sith, the story finds Obi-Wan in hiding on Tatooine, keeping an eye on Luke Skywalker from a distance. While a teaser trailer whet the appetite back in March, it was light on the much-anticipated clash between Kenobi and his fallen former apprentice Anakin Skywalker, now Darth Vader.

“They are coming, Stay hidden or we will not survive.”

This time, we’re shown the scale of the all-action threat chasing down Obi-Wan in the form of the Inquisitors… but they’re understandably still holding out on a full Vader reveal. Although we do get to see his robotic limbs and hear a couple of tell-tale rasping breaths.

Star Wars News Net are also excitedly mentioning a recent quote from actor an McDiarmid, suggesting he might be playing Emperor Palpatine again. At a recent convention, he said:

“There’s a certain show coming soon set right around the time I may have considered to be very active. Whether or not you will see my physical body, I cannot comment on. But you will certainly feel my presence”

While thoughts initially turn to Obi-Wan Kenobi, as its the next Star Wars show off the blocks, we’d imagine it’s far more likely to be the pre-Rogue One set Andor. There’s no date set for Andor yet, though we understand it has already scored a second series commission.

There’s also a gorgeous new image to enjoy, teasing the conflict to come – as well as Obi-Wan’s fearsome beard! 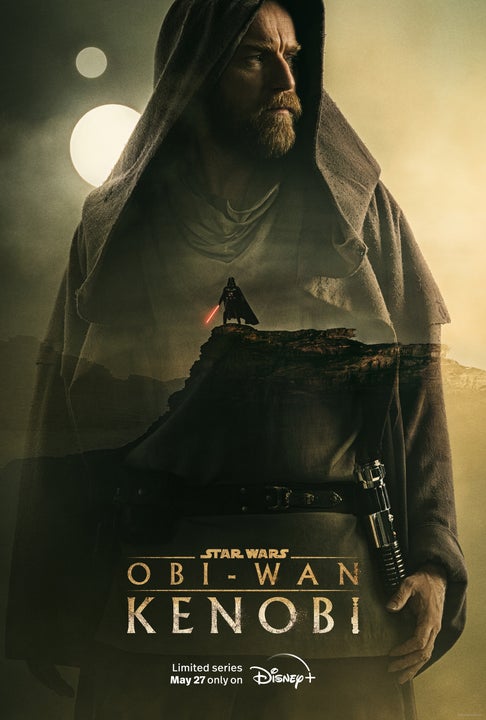 Obi-Wan Kenobi premieres on Disney+ with a double-episode drop on Friday, the 27th of May.

Further episodes will follow on Wednesdays, with the six-part limited series wrapping up by June the 22nd.