M.L. Longworth’s stories have been adapted for the small screen with a UK/US partnership.

Back in May, BritBox announced its first global commission; Murder in Provence is a collaboration between BritBox UK and BritBox North America.

The show, based on the books by M.L. Longworth, follow the exploits of Antoine Verlaque, Investigating Judge in Aix-en-Provence, and his romantic partner Marine Bonnet as they investigate the murders, mysteries and dark underbelly of their idyllic home. Their efforts are aided by Hélène, who is both a detective and Antoine’s trusted confidante. 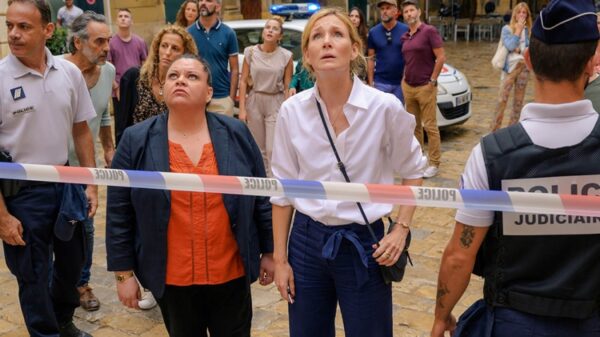 Death at the Chateau Bremont

Canadian author M.L. Longworth has written eight Verlaque & Bonnet novels, the first of which is Death at the Château Bremont in which the pair unravel the mysterious case of local nobleman Etienne de Bremont, who falls to his death from his family château. Given the names in the cast list, it appears this is one of the stories to have been adapted.

“We hope that Murder in Provence will be the first of many global originals made exclusively for BritBox subscribers. The books by M.L. Longworth seem to be tailor-made for television.”

Produced by Monumental Television, Murder in Provence will debut on the 1st of March 2022. The series is comprised of three episodes.

As ever, CultBox will bring you more when we hear it.