The comedy thriller will return, with the story picking up directly after the events of the first series.

The Outlaws, the Bristol based series which follows a mis-matched group doing their community service, has been recommissioned after being a bit hit for BBC.

The show, which stars Stephen Merchant and bona-fide Hollywood legend Christopher Walken, has been the corporation’s biggest comedy launch this year.

Here’s the premise of the second run:

“The Outlaws still have time to serve on their sentences – but now they must face the fallout from their actions. If they thought the criminal underworld or the local police were done with them, they are sorely mistaken. The Outlaws must depend on one another while working with unlikely allies to atone for their sins – but can they save themselves without sacrificing their souls?” 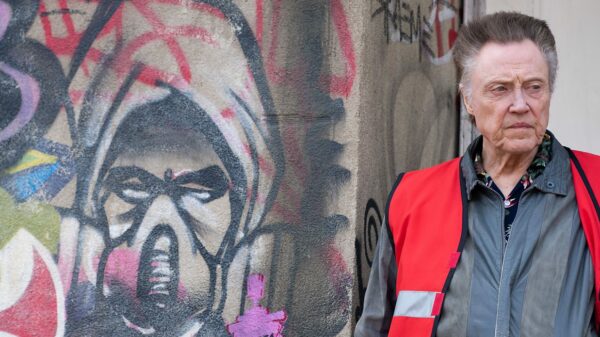 Additionally, guest stars Julia Davis, Dolly Wells (Dracula), Ian McElhinney (Game Of Thrones) and Claes Bang (Dracula) will all be back too.

“I am overwhelmed by the wonderful response to The Outlaws. Audiences have fallen in love with the characters as much as I have and my Twitter feed is inundated with people asking for updates on series two, so I’m delighted to confirm the entire gang will return for more adventures. If we made The Outlaws sweat in Series One, we’re really turning the heat up second time round.”

Series Two is already in the can, with John Butler and Alicia MacDonald directing. The producer is Frances du Pille and the Series Producer Nickie Sault. Stephen Merchant and Elgin James are the show’s creators and it’s a BBC One/Amazon Studios co-production. The Executive Producers are Stephen Merchant for Four Eyes, Luke Alkin, Kenton Allen and Matthew Justice for Big Talk.

The new series will air in 2022 on BBC One in the UK, and on Prime Video internationally. We’re not sure exactly when, but CultBox will keep you posted.