In Doctor Who Magazine 557, Ray Holman described the process behind the creation of the creatures and costumes of Doctor Who Series 12. Many of the costumes contained electronic components. 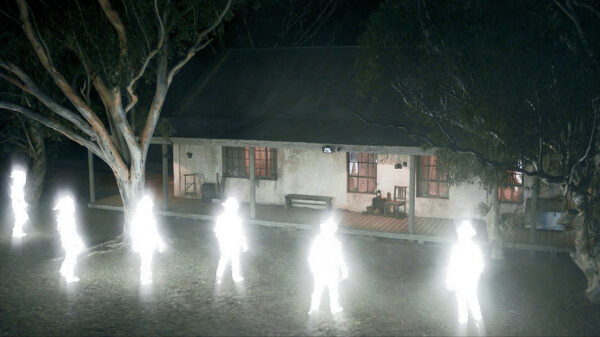 One might think that the Kasaavin in Spyfall were computer-generated imagery but they were entirely practical effects.

“They were the most technical creatures that I think we’ve ever done because they’re actually human beings – tall men, over six foot four – wearing a physical light suit to make them look like they’re glowing” costume and creature designer Ray Holman explained to Doctor Who Magazine. “The physical costume has three layers. The first layer is a base layer which is a silver fabric. On that base layer we thread through lights. Then we have a spacer fabric layer. Spacer fabric stretches but has holes in it – it’s the spacer fabric that spreads the light. Finally, we have a flat layer which is Lycra, to make them appear flat.”

Power supplied by remote control doesn’t provide enough power for bright LED lights, so the actors in the light suits were attached to six-metre lighting cables. 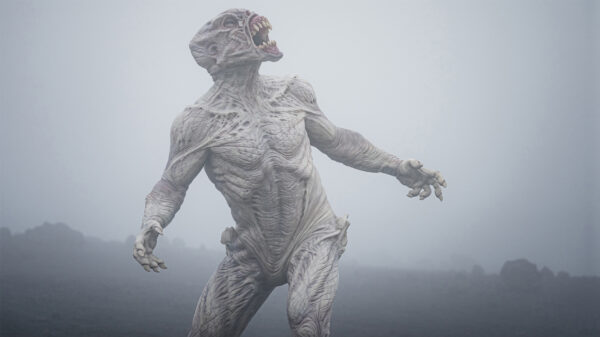 The design of these Orphan 55 apex predators is easily the scariest and most grotesque of Series 12. The execution by Robert Allsopp and Associates included electronic components in the the costume which animated the mouth and eyes.

“We employed a creature performer who’s very tall, Ray Holman explained to the magazine, referring to Spencer Wilding. “He played two different types of Dregs: an Alpha Dreg and a Beta Dreg. There were five Dregs in total.”

“The [Alpha Dreg is] animatronic and he roars and blinks,” Holman continued, “So when the Dregs turn round and literally roar at you, we had to make sure we were puppeteering it in time.” 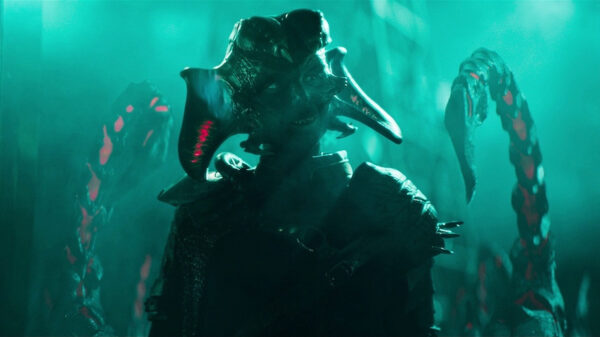 The scorpioid queen costume in Nikola Tesla’s Night of Terror Night of Terror was specially built for actress Anjli Mohindra by Robert Allsopp and Associates. Her prosthetic tail on a harness had a special balance, was remotely controlled and glowed. The other elements of Queen Skithra’s costume, the tyres and boots, were designed by Holman to emphasize that they were scavenged.

A post shared by Robert Allsopp and Associates (@robertallsoppandassociates) on Jan 21, 2020 at 6:15am PST

“When we made the costume, we added stuff and we moulded some fresh bits and pieces just to make it look like she was collecting junk on her. We made the most amazing pair of gloves with claws, levers and pulleys. And then Millennium FX did the prosthetic make-up for it,” Holman explained to DWM.

“She loved being Queen Skithra, so it was a huge success for us. And it was lovely being able to fit Anjli because I’d worked with her in the last two episodes of The Sarah Jane Adventures.” 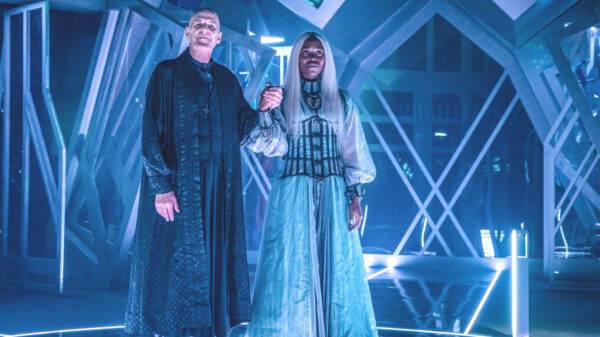 The Eternals featured in Can You Hear Me? were designed to be otherworldly.

“For Zellin [played by Ian Gelder], I found a fantastic dramatic fashion plate of a Japanese boy in really wide-cut trousers with boots. And then I found the most amazing fabric which was black on black, which I used to make a kimono-style cloak. I wanted the front to feel like a kimono but I wanted the thing itself to move in the wind. So it became half a kimono and half a cloak. It had wide sleeves and we specially made these really wide trousers that made him look almost like he was wearing a skirt.”

“[Rakaya] had something like five layers of floaty fabric and a huge, very tight corset over the top of it. I found an ancient padlock which I put in the middle of the corset, so she felt like she was living in a cage. Clare-Hope [Ashitey, who played Rakaya] loved that costume.” 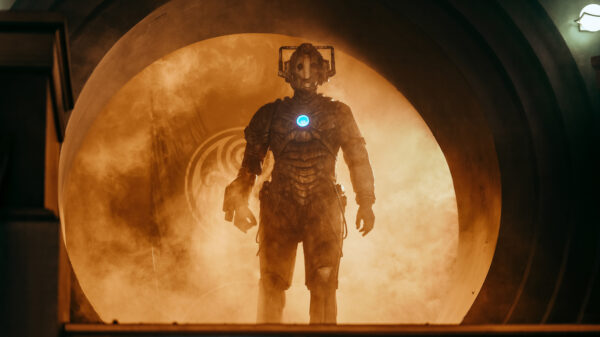 The “Lone Cyberman” jack warned of in Fugitive of the Judoon appeared in The Haunting of Villa Diodati, Ascension of the Cybermen and The Timeless Children.

Lighting was incorporated into both the front of the costume and the spine in the costume executed by Robert Allsopp and Associates.

“We had remote-control [LED] light elements in his spine that we were determined to achieve,” Holman said of Ashad. “There was a huge level of detail involved in order to get the Cyber suit to look as bashed up as it was meant to. This breakdown was achieved through paintwork and half-moulded elements. And, of course, we had to fit and adjust the armoured bits so that Patrick [O’Kane, who played Ashad] could move freely.” 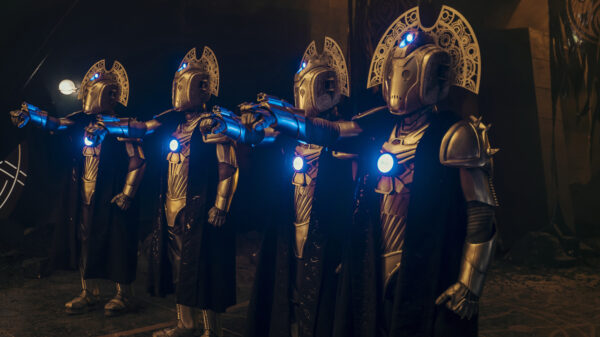 The Time Lord/Cyberman hybrids in The Timeless Children were a chilling embodiment of just how unhinged the Master can get.

The Cybermasters had the same bodies as the new Cyberman design by Robert Allsopp and Associates for the series finale. What set them apart was different heads and the addition of surcoats. Cybermaster heads have different eye sockets and mouths with laser cutwork Gallifreyan collars.

Cyber master helmet produced for Dr Who. This was modelled by @sturcurran and @natasharosin81 and designed by Ray Holman. Printed in an abs type material and aluminium.#cybermaster#cyberman#bbc#scifi#cyborg#creatures#drwho#jodiewhittaker

A post shared by Robert Allsopp and Associates (@robertallsoppandassociates) on Mar 9, 2020 at 2:14pm PDT

“The Cybermasters aren’t wearing cloaks; they’re more like surcoats,” Holman explained to DWM about the black-on-black garments. “We had black Gallifreyan graphics printed down the front of them.”

Hopes for a Future Exhibition

Holman told DWM that he hopes that his department’s work will eventually go on display at an exhibition.

“It’s a big job, but we’re looking after these costumes. It would be great for people to be able to see them.”

The original concept drawings by talented artist Patrick Goddard and more about Doctor Who Series 12 creatures and costumes can be found in Doctor Who Magazine 557, available at newsstands in the UK now and also as a digital edition.