Chronicling 1996 to 2003, Paul Hayes explores the path from the TV Movie to Russell T Davies’ reinvention.

When Doctor Who returned to Saturday night BBC One in 2005, it had been on a long journey. That journey began some some nine years earlier, in the wake of the troubled American co-produced TV Movie of 1996; despite a winning performance from Paul McGann, and respectable UK ratings, the TVM did not fare well enough stateside to work as a backdoor pilot to a new series.

However, the show still had plenty of allies within the corporation who continued to lobby for its return. The Long Game promises to tell the story of the show’s remarkable path back to our screens – pieced together thanks to interviews with many of the people who were there at the time such as BBC One Controller Lorraine Heggessey, Julie Gardner, Jane Tranter and BBC Films head David Thompson. 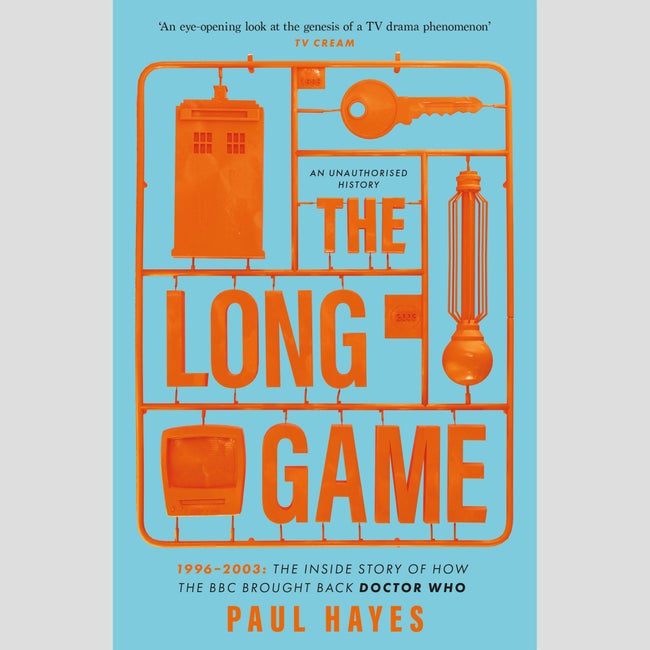 Fans have long discussed the ins and outs of this period. What has always fascinated us are the tensions between attempts to launch a movie and restart a series. It’s also interesting to hear how close the project apparently came to cancellation, with old foe Michael Grade appointed BBC Chairman at the eleventh hour!

It is a story that doubtless will gain a further layer of interest in the wake of Doctor Who‘s recent move to being produced by Jane Tranter and Julie Gardner’s Bad Wolf, with Russell T Davies resuming his showrunner position.

While we could be telling you more, author Paul Hayes was recently interviewed by Rob Irwin on The Doctor Who Show podcast where the pair did an excellent job of whetting our appetite for the book:

Delighted to chat to Paul Hayes (@the_questmaster) about his book covering what led to Doctor Who's return in 2005.

If you're curious about the topic, we chat for about 40m about it here:https://t.co/vgw5Yet5Sh

The book is published by @tenacrefilms on Nov 1.#DoctorWho pic.twitter.com/nTkQZt1LQh

The Long Game is being published by Ten Acre Films, who have been making a name for themselves republishing some recent out-of-print titles such as Richard Marson’s excellent Verity Lambert book Drama and Delight and Andrew Cartmel’s Script Doctor.

The Long Game -1996-2003: The Inside Story of how the BBC brought back Doctor Who is now available for pre-order, due to be published on 1st November.