Get ready to meet the King of Dreams this August.

The show has been in gestation for an age, but we finally have a start date for The Sandman. The Netflix adaptation of Neil Gaiman’s famed comic book series will land on August the 5th 2022.

Their date announcement came in the form of a trailer, offering a tantalising first look at the series:

To us, the show looks incredibly moody and instantly screams “Gaiman”. To describe the story however, it’s doubtless best to quote its creator who says The Sandman is:

… based on my comic book series of the same name. A rich blend of modern myth and dark fantasy in which contemporary fiction, historical drama and legend are seamlessly interwoven, The Sandman follows the people and places affected by Morpheus, the Dream King, as he mends the cosmic — and human — mistakes he’s made during his vast existence. 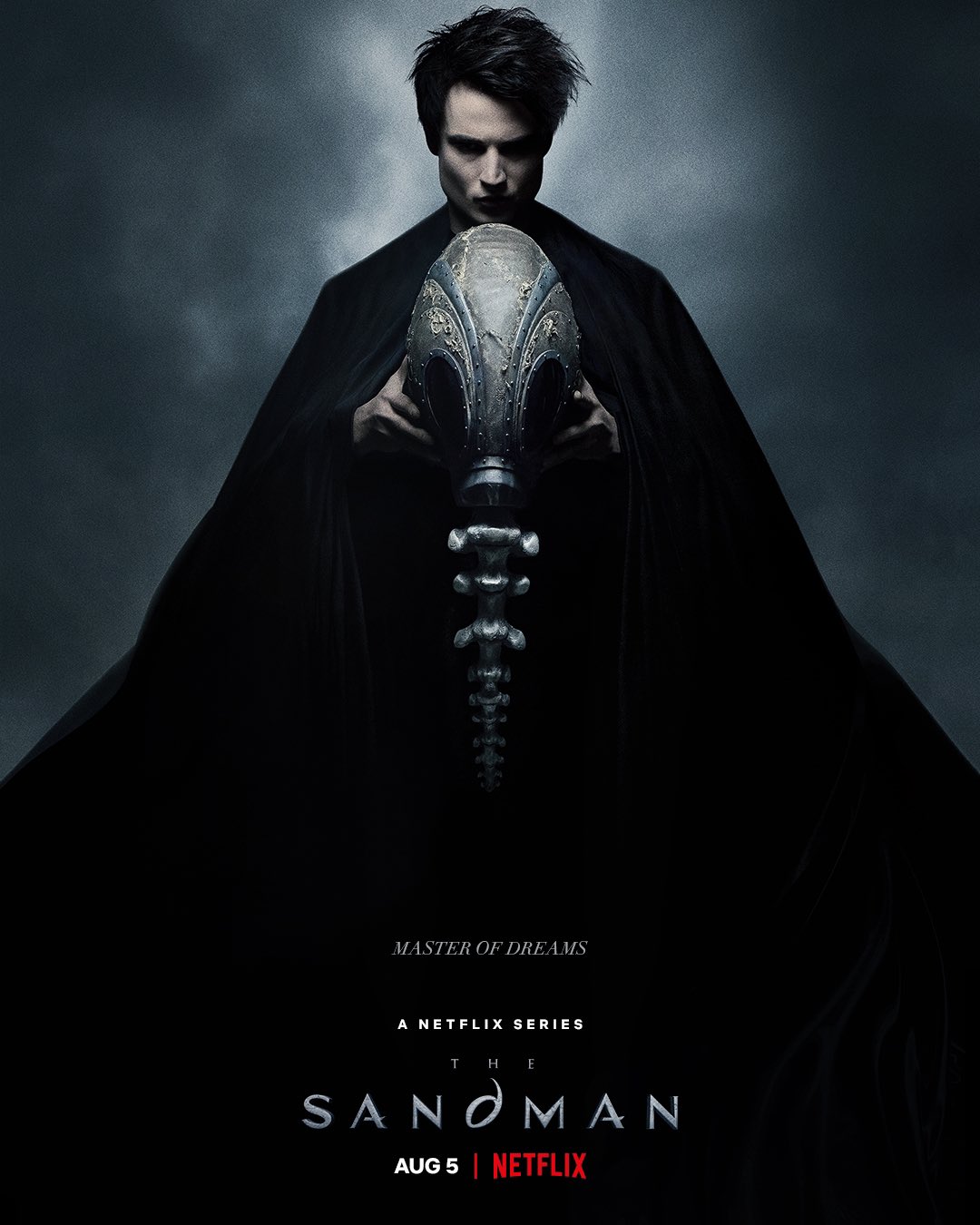 The Sandman stars Tom Sturridge as Morpheus, or Dream, one of seven eternal entities who control crucial aspects of existence. The trailer also shows us Kirby Howell-Baptiste as Death, as well as Mason Alexander Park’s Desire.

We also spotted David Thewlis as the supervillain Doctor Destiny and it ends with a worrying glimpse of Corinthian (Boyd Holbrook); an escaped nightmare, he appears crying tears of blood.

The Sandman‘s executive producers are Neil Gaiman, Allan Heinberg and David S. Goyer (with Heinberg as showrunner for Season 1). The season is anticipated to run for 11 episodes, adapting the events of the comic books’ initial storylines of ‘Preludes & Nocturnes’ and ‘The Doll’s House’.

In addition to those already out in the wild, including Gwendoline Christie’s Lucifer, Jenna Coleman’s Johanna Constantine and Boyd Holbrook’s Corinthian now have their own character posters: 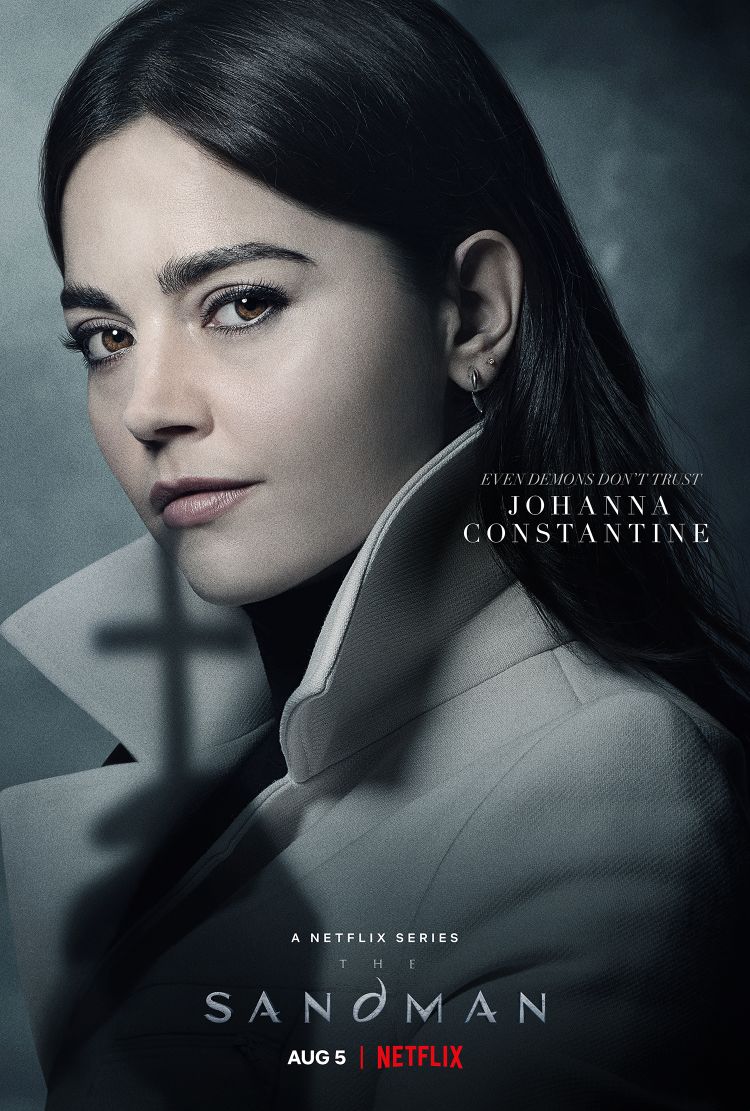 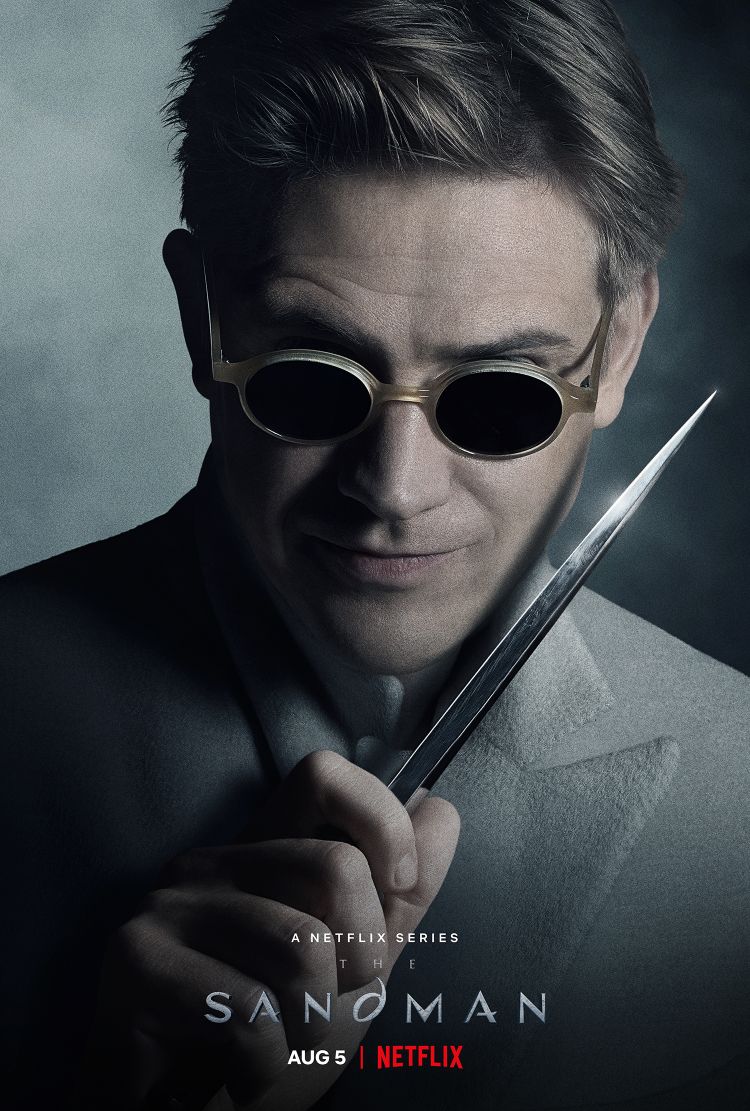 The Sandman lands on August the 5th and, of course, we’ll keep you posted.