The compelling show about the Roy family, who sit atop an imperiled media empire, will return for its third run this autumn, somewhat delayed thanks to the pandemic.

Picking up on the explosive events of the season 2 finale, Logan (Brian Cox) is under fire from his son –  and one-time likely successor – Kendall (Jeremy Strong). As both scramble to secure familial, political, and financial alliances, tensions rise as a bitter corporate battle threatens to turn into a family civil war.  One which presents dilemmas for all the main players, as they again have to take sides.

Could Shiv be the kingmaker, or will Kendall and Logan’s battle destroy them both? 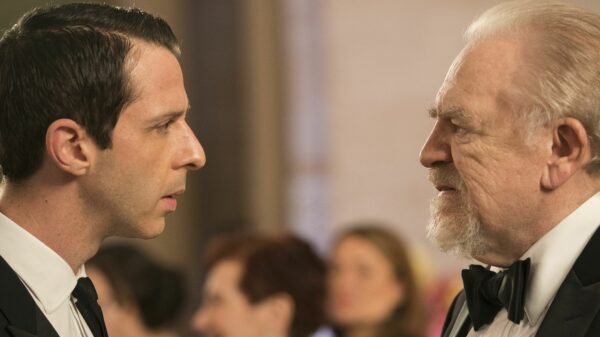 With tensions escalating, it’s worth knowing that the show may have already passed its midpoint. In a recent interview to Dominic Maxwell of The Times, writer and executive producer Georgia Pritchett suggested that Succession creator Jesse Armstrong is only looking at making one more season after the current run, saying:

“I think the maximum would be five seasons, but possibly more like four,” Pritchett said. “We’re at the end of filming season three, so at this point Jesse is saying only one more. But that happens every time. We’ve got a good end in sight.”

Both of the first two seasons are available to catch up on Sky On-Demand and NOW.

Who fancies a binge re-watch over the summer?