On Saturday, April 11 at 8:00 p.m. BST, Doctor Who fans around the world are invited to simultaneously watch The Doctor’s Wife, the Series 6 episode of Doctor Who directed by Richard Clark and written by the famed fantasy and comic book writer Neil Gaiman.

This watch-along is part of a series organized by Doctor Who Magazine writer Emily Cook to help fans cope with the isolation they are experiencing from social distancing necessitated by the COVID-19 pandemic. 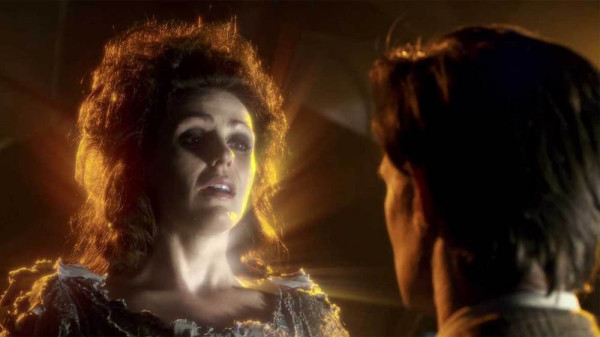 Gaiman and Clark have agreed to participate in live tweets during the watch-along. Cook didn’t say whether Matt Smith and Karen Gillan, along the episode’s other stars, would participate in the live tweets as they did for the Vincent and the Doctor and The Girl Who Waited watch-alongs but Michael Sheen, who voiced the entity House will participate.

Use a time zone converter, take your DVD off the shelf or use your favourite streaming service and use the hashtag #BiggerOnTheInside to watch along and tweet while you watch The Doctor’s Wife with Neil Gaiman, Richard Clark and fans all over the world on Saturday, April 11, 8:00 p.m. BST.