The Counter-Measures team, first spun out of Remembrance of the Daleks back in the 1960s, now have their feet firmly placed in the early 1970s, at least in terms of style.

In this first set of four one-disc stories, the team of Sir Toby (Hugh Ross), Group Captain Ian Chunky Gilmore (Simon Williams), Dr Rachel Jensen (Pamela Salem) and Dr Alison Williams (Karen Gledhill) visit a range of exotic locations as they seek to investigate the unusual and stop any stray alien technology from ending up in the wrong hands.

In the first story, ‘Nothing to See Here’, Guy Adams places Ian Gilmore in the middle of a crime spree in Switzerland. The whole team is needed to find out how a gang of crooks can elude the authorities so blatantly, while also rescuing Ian. The performances of the villains are rugged, and this story feels very different from the previous Cold War era tales.

With the second story, ‘Troubled Waters’, writer Ian Potter moves the action to a submarine. The story is very claustrophobic and deals with dangerous weapons and strange science but puts the characters centre stage, and brings the whole team into play again. 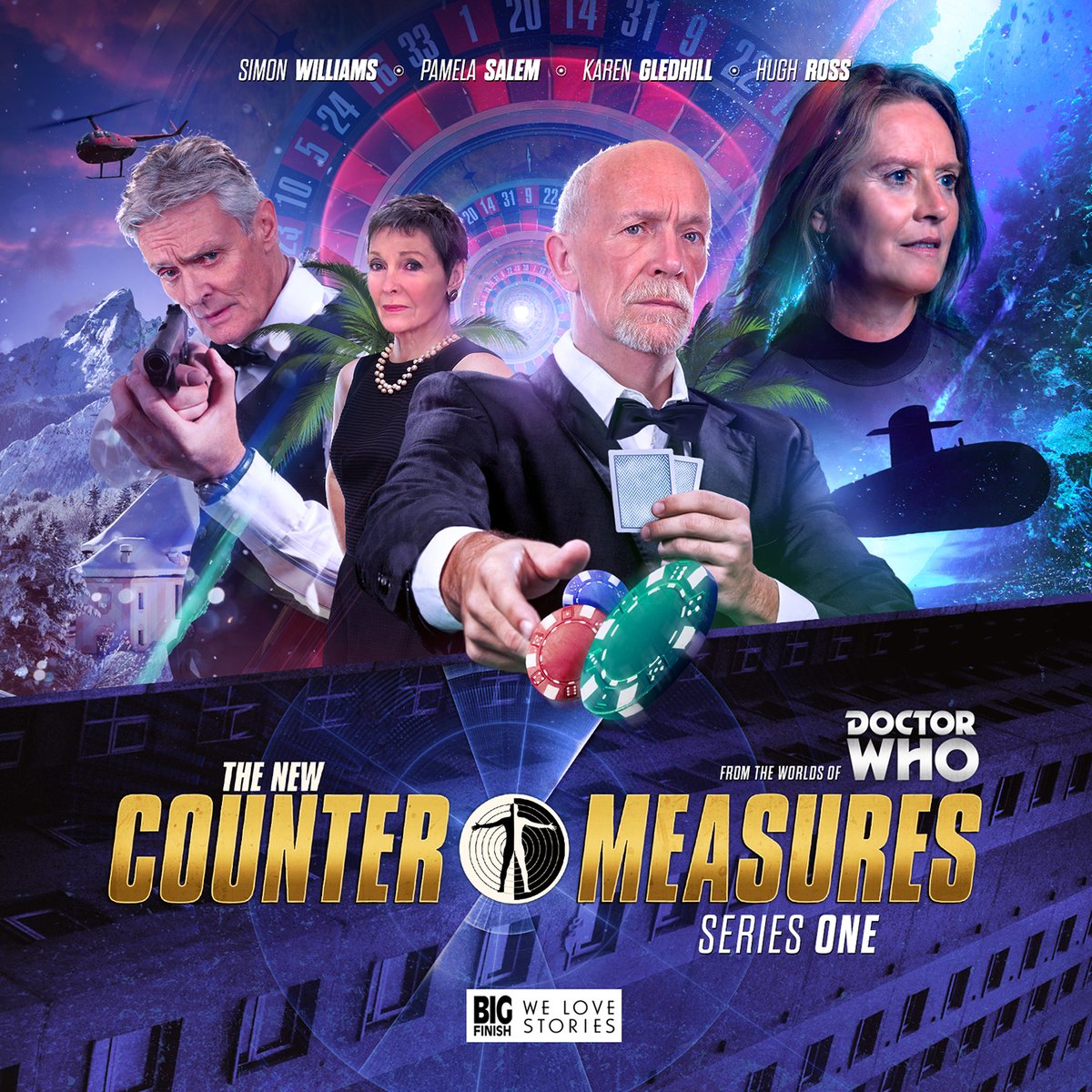 It’s back to London for the third story, new writer Christopher Hatherhall’s ‘The Phoenix’ strain and we get a mixture of Hitchcock’s The Birds and the TV series Doomwatch. Once more it needs all four of the team to save the day, protect the public and bring justice where it’s needed. The story feels most grounded in the period with references to the late 1960s flu epidemics, even if some of the language feels a bit anachronistic. Minor complaints aside the story has one of the most emotional performances in the whole set, with Claire Calbraith stealing several scenes as the guilt and flu-ridden Starling.

John Dorney wraps the set up with the most traditional of the four stories, ‘A Gamble With Time’. The villain of the piece is Lady Suzanne Clare, an arms dealer with a penchant for alien weapons, played with real aplomb by Carolyn Seymour. The part of Lady Suzanne is so strong there is every chance we will hear Carolyn in many more future episodes as a major foe for the team to wrangle with. This particular story takes several standard elements of science fiction tales and puts a mundane spin on them. It makes a great ending to a set that has moved the range forward.

The interview disc confirms the new style of story-telling, informed by experiences in adapting other ranges for audio.

The New Counter-Measures may have skipped several years, and it is still not clear (yet?!) how they fit in with other groups such as Torchwood and UNIT, but they have a strong identity and waiting for the next set of releases seems like a cruel tease for the range’s many fans.