Taking its inspiration from what is recorded of Marcus Tullius Cicero’s speech in his first famous trial, circa 80 BC, Big Finish breaks into new territory presenting a legal whodunit with a pleasing classical twist.

Despite its historic origins, no pre-requisite knowledge is called for as writer David Llewellyn breathes a modern sensibility into the story of ‘Pro Roscio Amerino’. Cicero is a young Roman lawyer near the start of his career. In dire need of work, and while many others have turned it down, he takes the case of Sextus Roscius (Simon Ludders) – a farmer’s son accused of murdering his father, despite being miles away on the night of the crime.

In a small cast, the star attraction here is Samuel Barnett (Twenty Twelve, Penny Dreadful) in the title role. Earnest and engaging, Barnett is no stranger to Big Finish – he has starred in both their Doctor Who and Torchwood ranges – and has more recently netted the title role in the BBC America series based on Douglas Adams’ Dirk Gently’s Holistic Detective Agency novels.

During Cicero’s impressive final speech, in which uncovers a conspiracy which will doubtless make him enemies, and through the quieter moments, Barnett brings us a believably rounded character. A neat framing device where Cicero writes to his friend Atticus opens and closes the tale too, offering an insight into the young lawyer’s mind. 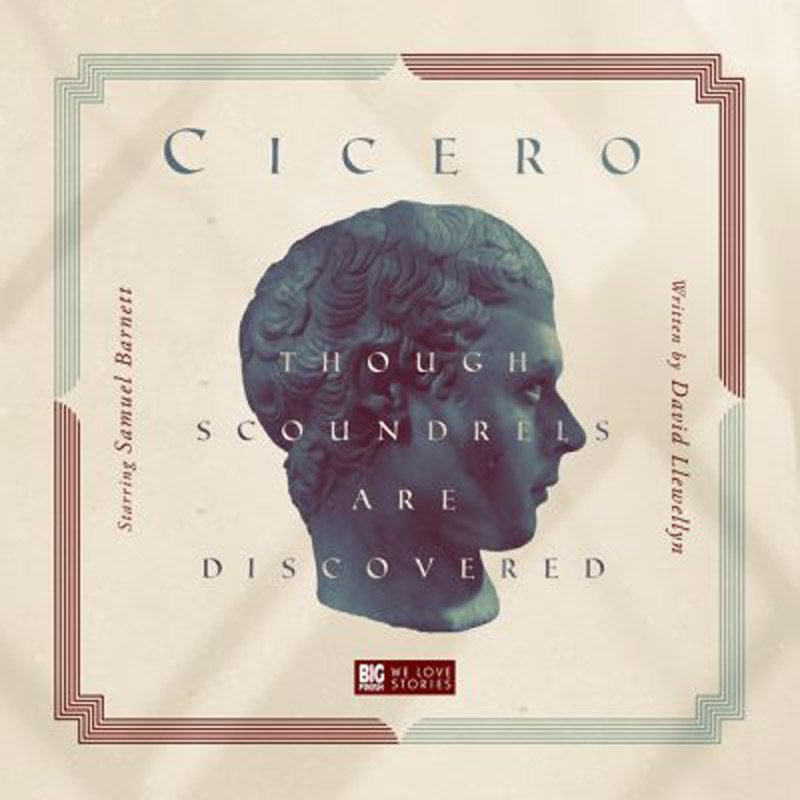 For his sins, Marcus Tullius Cicero does not work alone, but is aided in his investigations by his occasionally bawdy and streetwise brother Quintus (George Naylor). The pair make a pleasing double-act, from arguing over the quality of olives to Quintus’ knowledge of which parts of the city might not be safe at night. Quintus is an essential part of his brother’s success too, coaching him judiciously on the delivery of his speech.

The cast is rounded out by Elizabeth Morton, Youssef Kerkour and the ever-reliable Stephen Critchlow.

Far from the dry history lessons of our school days, and enjoying, but not feeling bound by its historical setting, Cicero provides an entertaining murder-mystery drama which kept us hooked throughout.

Cicero is available download-only from Big Finish for the princely sum of £5. Based on the success of this case, we hope it is the first of many to come.

Released in February 2017 by Big Finish.

GamesMaster returns! Popular show is getting a reboot on E4