Unlike previous seasons, this third box set has Vienna accompanied by Jexie Reagan (Samantha Beart, Random Dent in the fifth season of The Hitchhiker’s Guide to the Galaxy reprised on stage). Jexie was a jaded cop (very New York style) in Season 2 of Vienna, and her return it most welcome.

Again the set consists of three action packed stories. First Ian Potter brings us ‘Self Improvement’, a story in which Terry Molloy (under a West Country accent) plays Doctor Ludovik Glospan, a man with a secret.

Vienna is hired to protect the Doctor and his secret, but that would be too simple and after a somewhat straightforward shoot-‘em-up opening, the story unfolds with great skill, and the Doctor’s assistant Constanza has many secrets of her own. Add in a hidden base with a distinctive shape and problems with the local fauna this is a story that over delivers in terms of character and ideas.

Next up is Guy Adams (who also wrote this month’s excellent Torchwood audio ‘More Than This’) with ‘Big Society’, a story the blends The Apprentice with a large dose of Douglas Adams innovation. Not only has Vienna to deal with candidate Tom McQueen (Stephen Ferwell) but also has to win the trust and support of Jonah Hall (Richard Dixon), another larger than life character. This story is jammed with ideas and gives Jexie Reagan a chance to differentiate herself from Vienna. 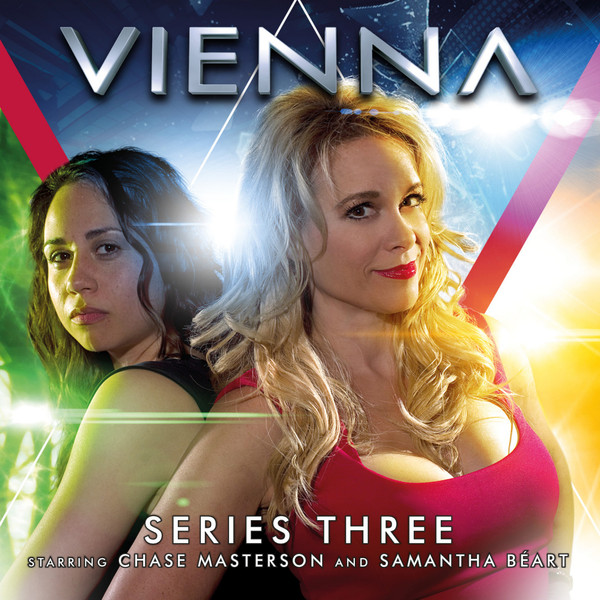 The set concludes with Steve Lyons’ tale ‘Impossibly Glamorous’. In this story Vienna returns to the memory and identity themes of earlier boxsets as she confronts Kensington Fox (Sophie Aldred) in a quest to make everyone’s life better, even if it kills them!

Meanwhile Jexie seeks the reluctant assistance of local ineffective rebel Drew Mulligan (Dan Bottomley). Chase gets plenty of opportunity to show us Vienna from new angles and proves her character is not just a pretty (or impossibly glamorous) face.

The whole set fizzes with energy and has more continuity than previous collections. The stories are less Philip K Dick and more Douglas Adams, and the return of Jexie Reagan gives fans something to identify with.

Some of the edge of the first stories may have been smoothed away, but overall this is a solidly entertaining piece of contemporary science fiction adventure and we hope there is plenty more to come.