Another busy month in the worlds of Doctor Who audio sees the release of Classic Doctors: New Monsters Volume 1, pairing Doctors Five, Six, Seven and Eight against new series foes including the Judoon, the Sycorax and the Weeping Angels.

Meanwhile, Torchwood’s ‘Broken’ reunites fan favourite Ianto Jones with Captain Jack Harkness for a clever tale behind the scenes of the show’s first series, and Counter-Measures returns with a two-part special, bringing the Doctor’s ‘Remembrance of the Daleks’ back from the wilderness and into the 1970’s.

This month’s Short Trip offers a Third Doctor story from an unusual angle, while in the Main Range, a new trilogy begins for the Seventh and Ace who are reunited with an old friend, and the Fourth and Romana encounter an old enemy. 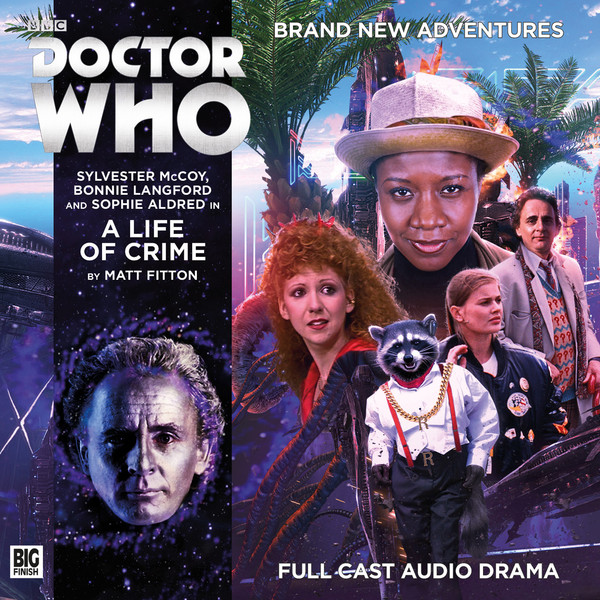 Over the years, Big Finish has a penchant for coming back to companions after their travels on screen with the Doctor. This time, it is 1980’s computer programmer Mel who gains a second chance at TARDIS travel, as teased in December’s anthology release.

No longer travelling with Sabalom Glitz, yet mired in the fall out from his dodgy business dealings, Mel becomes involved in the fate of Ricosta – a planet that has become home to a host of criminals thanks to its corrupt mayor and lack of extradition treaties.

With the Doctor and Ace already on Ricosta, and drawn into the plans of Giltz’s sometime business partner Lefty Lonegan, Matt Fitton provides a cracking caper movie – with double dealing and a monstrous villain pulling the strings behind it all.

Meanwhile Mel’s motives are called into question as the Doctor had hopes that she might keep Glitz on the straight and narrow, but it seems that the opposite has occurred and she has fallen into his criminal patterns

It’s an interesting reunion for Ace and Mel too; at their first encounter in ‘Dragonfire’ Mel was the experienced time-traveller, but now Ace has travelled far and wide with the Doctor and this puts them on an equal footing.

With a great Season 24-esque score and an engaging comic book feel, plus a clever twist at the end, this is fun tale that enjoys playing with our expectations. 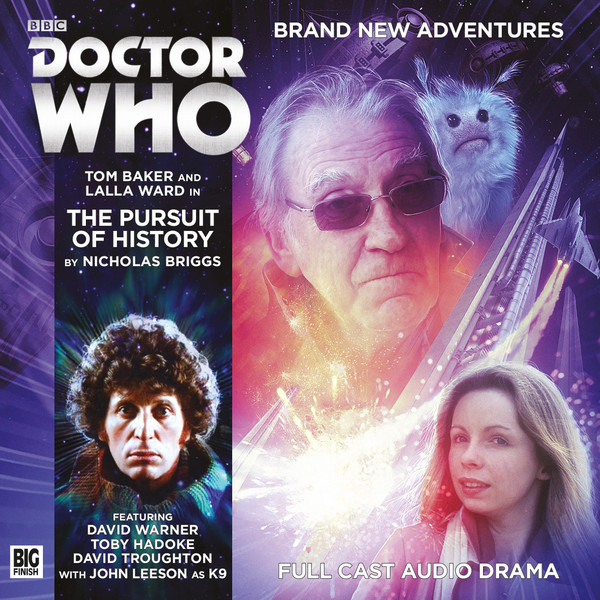 The latest series of Fourth Doctor Adventures starts is coming to a close and this month gave us the Nick Briggs story The Pursuit of History, part one of a two-part season finale.

This story sees Tom Baker’s Doctor, K9 (John Leeson) and Romana II (Lalla Ward) up against David Warner’s Cuthbert, the head of the mighty Conglomerate. Cuthbert first appeared in a pair of stories with Mary Tamm’s Romana I, and this story allows various ideas from that adventure to be explored.

It also means the return of Toby Hadoake as Mr Dorrick and Jane Slavin as the alien, time-sensitive Laan. If all that goodness weren’t enough, the cast also includes David Troughton, son of Patrick as Mr Edge, another well-realised character.

The story is a good mix of silly (just what is an alien space-parrot doing in the TARDIS), the megalomaniac (what is Cuthbert doing messing with history) and the intriguing (what is going on in 1850s Yorkshire). We also get a sense of other off-stage forces, and foreknowledge of the next story tells us great things are afoot (and the cast list mentions the White Guardian), but these don’t get in the way of this particular tale, which builds nicely towards next month’s conclusion.

As ever the cast are all excellent, and this extends to the versatility of voice shown by Jez Fielder as everything from the Parrot to a Yorkshire ruffian. The Pursuit is one of those stories that’s over too soon, a mark of a decent tale well told. The only criticism is we have to wait a month for the resolution.

The continuity to previous stories might concern newer fans, but they should rest assured this adventure works independently, though having heard David Warner’s masterful performance, his previous appearance in the 2013 pair ‘The Sands of Life’ / ‘War Against the Laan’ will be next on their list to purchase. 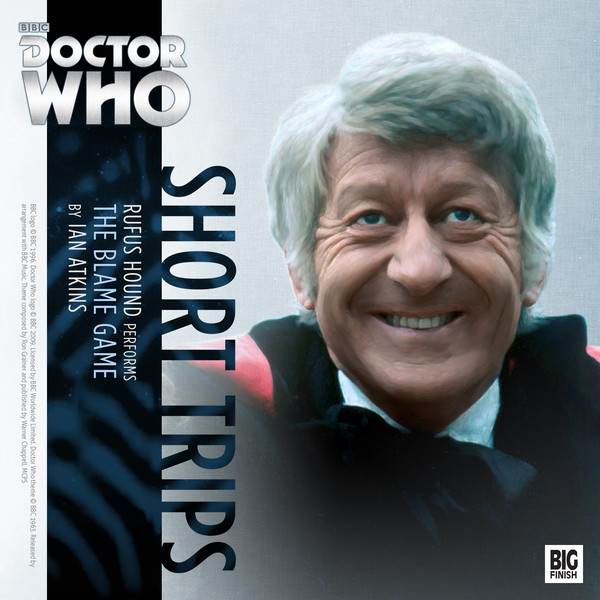 With a quirky idea for a 3rd Doctor, range producer Ian Atkins provides this month’s tale told from the perspective of the Monk, the incorrigible time meddler who plagued the First Doctor on screen.

On this occasion, after his debut in a Second Doctor Early Adventure last year, he is brought to life by comic and actor Rufus Hound, best known to Who fans for his turn as the Highwayman Sam Swift in 2015’s ‘The Woman Who Lived’.

Set in the middle of Season Seven, with the Doctor still coming to terms with his exile, the Monk apparently comes to the rescue offering his old foe the chance to flee his earthbound confinement. Despite his misgivings, the Doctor jumps at the chance but has not bargained on a curious Elizabeth Shaw coming along for the ride – and neither has the nefarious time meddling Monk.

As well as granting the single season companion Liz a chance to travel in a TARDIS, Atkins’ tale has great fun with the rivalry between the two Time Lords. The Doctor is in a quandary; desperate to escape his shackles but deeply untrusting of his old rival and this provides plenty of banter between the pair.

Rufus Hound is an ideally cast for the whimsical, knavish Monk who is an out and out villain, but rather offers a different perspective on the Third Doctor’s motives.

We also enjoyed the smattering of references within the story, not just picking up on an idea from ‘Spearhead from Space’, but weaving in some references to later stories which will make you grin.