Big Finish finally releases one of the most anticipated titles from its extended Doctor Who licence this month: Classic Doctors, New Monsters – Volume 1.

The concept is simple; four single-disc stories, each with a classic Doctor and a monster from the post-2005 TV series. All you need to know is the idea works very well on several levels, and this collection delivers four diverse and rather wonderful stories.

Phil Mulryne starts proceedings with a fifth Doctor story, ‘Fallen Angels’. Yes, an entirely visual monster (the Weeping Angels) realised on audio. The story centres on statues (of course) and arguably the greatest sculptor of them all, Michelangelo (Matthew Kelly).

The story is told from the point of view of newlyweds Joel and Gabby Finch, whose honeymoon takes an unexpected turn when they are hurled back in history. Phil Mulryne’s story is supported by a superb soundscape and conveys real menace, as does Dan Starkey as a mysterious priest with a mission. Any doubts fans might have as to how well the Angels work on audio are soon dispelled, and in many ways this is a better successor to ‘Blink’ than many of the subsequent TV stories.

The sixth Doctor meets the Judoon, kilt wearing, rhinoceros-like aliens of very few words in the Simon Barnard and Paul Morris story ‘Judoon in Chains’. This story blends a Victorian court with a story of exploitation and circus-life, populated by a well-crafted set of characters, too many to mention. Of them all, it is Nick Briggs’s performance that takes the plaudits as Nick channels his inner Judoon in a tale of real emotion and sensitivity. It is an unexpected and poetic story that should stay in the mind of listeners long after they’ve heard it. 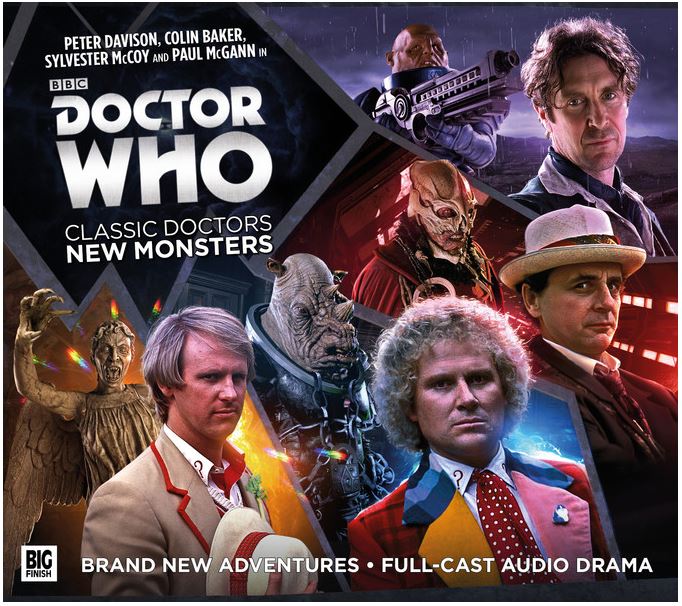 James Goss takes the seventh Doctor to meet the Sycorax, the blood-control specialists only ever seen once before in David Tennant’s first adventure. In ‘Harvest of the Sycorax’ James retains the trademark humour of much of the seventh Doctor’s tenure with a retelling of the Sycorax story with much grander stakes. It also tells of future humanity dominated by the use of pharmacological agents at whim and designer diseases.

The Doctor works with the colourfully named Zanzibar Hashtag (Nisha Nayar) who acts as an ersatz companion. At this point it is worth saying all four stories have the Doctor sans companion, allowing them to flow without adding a further layer of complexity. ‘Harvest of the Sycorax’ is another satisfying foray into the world of classic and new Who, where the most horrifying players of all aren’t always the aliens of the title.

The set ends with Andrew Smith’s Eighth Doctor adventure ‘The Sontaran Ordeal’. A purist might point out Sontarans have been with us since Jon Pertwee, but are much re-imagined in the 21st century. Paul McGann shines alongside Josette Simon, Dan Starkey and Christopher Ryan and this story is a large step towards the setting of McGann’s 2013 special ‘The Night of the Doctor’. 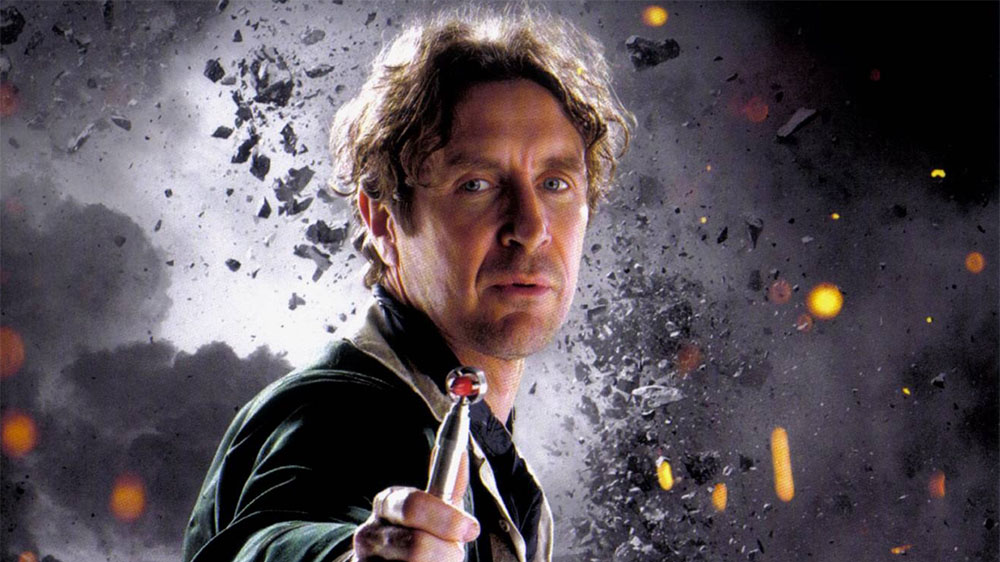 Andrew avoids making fun of the Sontarans and gives us a story with emotional depth for all those concerned. The setting is very much the middle of the Time War, and the Doctor’s need for a companion and his relationship with Sarana Teel (Simon) has an authentic edge and rounds the story out into something substantial.

Barnaby Edwards directs with real care and attention, and has plenty to say in the extras. The overall sense of this set is a set of very well constructed adventures Big Finish has taken a lot of care over. The set mixes the parts of canon well and also shows just how effective the single-disc story length can be for any of the incarnations of the Doctor.

Please, Big Finish, can we have some more of everything!