For the final edition of The Companion Chronicles, the range returns to the story of Zoe long after her travels in the TARDIS.

Conscious of her missing memories, courtesy of the Time Lords, she recalls only her first encounter with the Doctor and Jamie although intensive memory probing has revealed other adventures that we have been able to enjoy through this series of releases.

In ‘Second Chances’, the memories brought to the fore involve the fate of a pair of space stations named Artemis and Apollo. Part of ‘the Company’ in whose custody Zoe now resides, we discover that the events in Zoe’s memory of four decades past are actually occurring in the present day. This provides an opportunity for verification of her story and even more, a chance to alter the fate of the Artemis station and prevent deaths for which Zoe feels responsible.

Her guilt surrounds a terrifying computer virus hatched by the company which has the ability to change its form in order to destroy human flesh and metal. Created on the Apollo station, it was Zoe’s actions decoding an incoming signal which allowed it access to the Artemis’ systems.

Zoe’s adversarial interrogator Kym (Emily Pithon), first heard in ‘Echoes of Grey’ under a different name, plays a full part in the tale with showing barely concealed hatred for her subject. Indeed, it is as much Kym’s story as it is Zoe’s, and she narrates part of the tale as we discover she is out of favour, desperate to redeem herself in the eyes of the Company at whatever the cost. 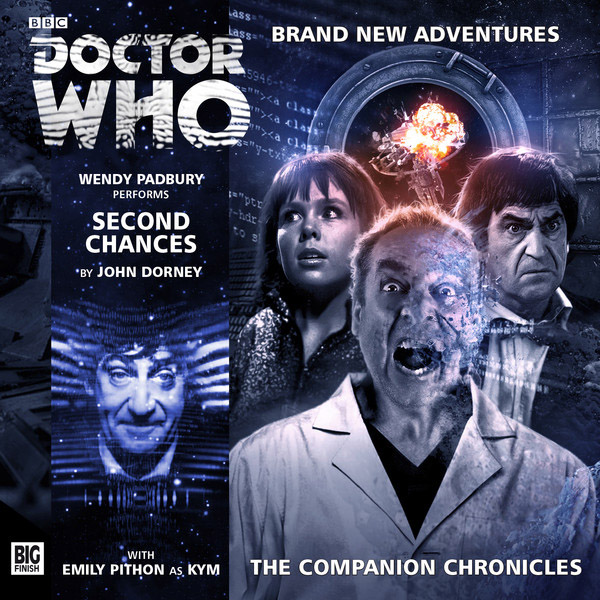 Writer John Dorney has fashioned a clever tale, which plays through some of the same events twice and demands at least a second airing to enjoy how it cleverly comes together. In the early stages, he deliberately diverts us from certain elements, with the suggestion of ‘cutting to the chase’ but that transpires to be misdirection, which ultimately allows the puzzle pieces of the story to fit.

Wendy Padbury returns seamlessly to the role of Zoe, providing her both with youthful energy and a world-weary older version. As well as being firmly set in the Second Doctor’s era, with Padbury proving charming nods towards Troughton and Frazer Hines characterisations, there are a couple of clever throws to the series continuity with mentions of Spectrox rations from ‘The Caves of Androzani’ and Synch-Ops from ‘Warriors of the Deep’.

Thoughtful and ending on a note of hope, ‘Second Chances’ serves as a fitting conclusion to the end of the range, as well as the older Zoe stories. The release comes with a wonderfully teasing trailer for the new Big Finish series entitled The Early Adventures, which offer longer tales and bigger casts.

It launches in September with a run of four Hartnell stories and we can’t wait!