Since 2010, as Victorian investigators of infernal incidents, they have been enjoying a terrific series of audio adventures. The latest boxset sees the pair leave London for a cruise on the good ship ‘Fata Morgana’.

Bound for Casablanca and supposedly enjoying a well-deserved rest, ‘The Flying Frenchmen’ introduces the social dynamics of their fellow passengers, with our heroes working to avoid the amorous attentions of the widowed Lady Danvers.

When the ship enters a patch of freezing fog, events take a decidedly unexpected turn as Jonathan Morris grants us an amusing take on parallel universe theory, with some tremendous foreign accents from Messrs Benjamin and Baxter.

Justin Richard’s ‘The Devil’s Dicemen’ finds them at Monte Carlo, where Jago is drawn to the famous casino and promptly comes to the attention of the alluring Madame Diabolique, a wonderfully OTT turn from Spooks’ Miranda Raison. Litefoot meanwhile discovers finds that the famous resort conceals a deadly mystery and teams up with David Warner’s Dr Betterman to investigate. 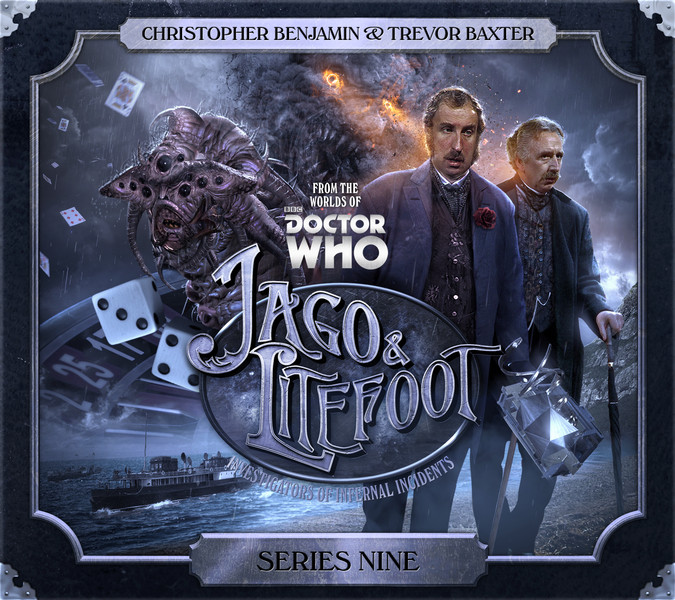 The third episode ‘Island of Death’, from Scarifyers writers Simon Barnard and Paul Morris, was our clear favourite. The fog deposits the ship at beautiful island which conceals Lovecraftian night terrors. Jago and Litefoot find trouble as they explore along with fellow passengers Lady Danvers and the straight-laced Mr Tibbs (Dan Starkey, best known for Strax the Sontaran).

Finally, in ‘Return of the Nightmare’, again from series script editor Richards, the source of the freezing fog is revealed and the boat returns to London for a final reckoning, plus a pint in the Red Tavern for good measure.

This season provided a diverting change of scene, but ultimately the thread that bound these adventures felt a little too loose. With so many characters on the boat, we would have liked to have learned a little more about them all.

That said, the storytelling and sound design were up to their usual high standard, and the casting of David Warner as Dr Betterman was spot on. They might be approaching double figures, but the intrepid pairing of Jago and Litefoot show no signs of slowing down.

Extras: The release comes with the usual disc of extras, featuring interviews with cast and crew.