‘Girl on a Trapeze’ is an adaptation of a surviving episode while the other three have been developed from the scant details that survive – storylines, tele snaps and cast lists.

For the uninitiated, the first season of The Avengers was a far cry from the “bowler hats and kinky boots” show it became later. Instead, it features plenty of down to earth villainy with the main character not John Steed, but a medical Doctor named Keel who is regularly roped into doing favours on behalf of the intelligence service.

‘Nightmare’ surrounds the development of a new psychotropic drug and the conspiracy to steal it by a shadowy syndicate. With a research scientist missing, Dr Keel is prevailed upon by Steed to impersonate the missing man and investigate. Written by sometime Sontaran Dan Starkey, the tale culminates in a tense operating theatre stand-off with a life hanging in the balance.

‘Girl on a Trapeze’ is a cold war tale of murder and defection, set behind the scenes at a visiting circus. Unusually does not feature John Steed, but instead kicks off when Dr Keel comes to the aid of a woman who jumps from a river bridge. Convinced he has seen her before, he begins investigating with the aid of his secretary Carol. Some entertaining Eastern European accents abound as Miranda Raison (Spooks) guests. 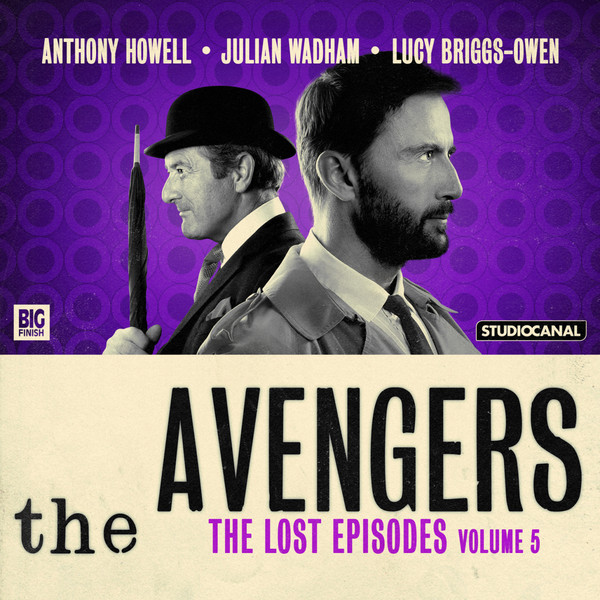 Conversely, the remaining two episodes focus more on Steed. Phil Mulryne’s ‘Crescent Moon’ finds his Caribbean holiday plans disrupted and centres on the political turmoil surrounding a kidnap plot. As he investigates, Steed nurtures an entertaining relationship with his long suffering police liaison Carlos (Jot Davis), and soon comes to realise he is less than welcome in this particular island paradise.

Meanwhile ‘Diamond Cut Diamond’, from John Dorney, is a much more brutal affair taking Steed undercover with an air steward’s uniform, an Australian accent and a flat in Hounslow. Tasked with busting a smuggling ring, he is promptly targeted by the villains and finds himself framed and blackmailed, doubting his own judgement.

Well into their stride now, Julian Wadham and Anthony Howell have really made the roles of Steed and Keel their own, Wadham’s Steed has wit and charm which belies a core of steel while Howell’s Dr Keel seems to willingly becomes involved, despite knowing the situations will doubtless lead to danger.

As ever, it is important to remember the era in which these stories are set and when compared to the surviving episode, which we enjoyed for research, they stand up remarkably well capturing the spirit of the original; great stories with stiff upper lips, dastardly schemes and a gorgeous line in jazzy musical cues.

Released in January 2016 by Big Finish.

What did you think of Volume 5? Let us know below…