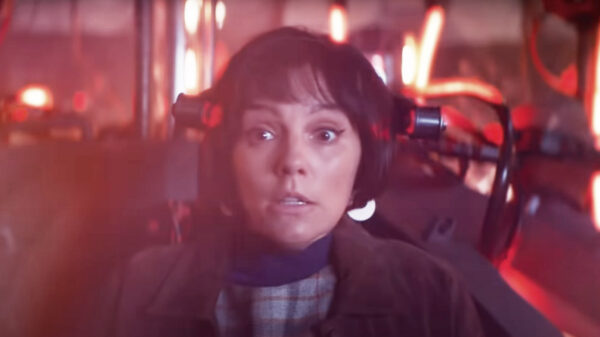 Tony Jones: it had to happen, and for me this was the one where we saw behind the smoke and the mirrors and realised there was little of actual substance. While the idea of the multi-located Doctor was intriguing, and Jodie arguably turned in some of her best work, what was this nonsense all about?

Ignore the frantic running, clever snippets of dialogue and start building a list. As I watched mine included the nonsensical big betrayal of the Daleks and Cybermen by the Sontarans, with the Doctor’s casual attitude towards attempted genocide, and did we see many tears for the dead Lupari? What about the vast tracts of history destroyed and planets laid waste all due to machinations by her enemies or erstwhile colleagues / adoptive mother?

And while Doctor Who is clearly a fantasy aimed at undiscerned audiences, it’s lost any pretext of scientific credibility (if any where left after Moffat’s Kill the Moon and In the Forest of the Night…). We watch great CGI and see fleets of thousands of ships filling our screens, yet have no perspective. A single planet is larger than a few tens of thousands of ships and the Flux has already devoured pieces of galaxies. The old it’s anti-matter may have worked for The Three Doctors but this is weak. Even if the mass were sufficient, why would it need to be gathered if the Flux were penetrating the whole universe?

Add in the random characters, most of whom were only there to deliver individual elements of the Doctor’s super plan at the end, and Kate Stewart had even less to do. What a waste. Bel and Vinder — why did they both survive? For the same random non-logic that has the only surviving Lupari be the one who once travelled with the Jo Martin Doctor from the Division. And Dan? Where did he go? And Liverpool? Why did the Flux destruction happen to only tear holes in time in Liverpool? And… I could go on but you get the idea,

Then a subset of fans got a glimpse of a more intimate relationship between the Doctor and Yaz… where was it for the past three seasons? At moments it seemed like Yaz were a well rounded character with depth but it’s too little too late.

And yet this has (as a whole) probably been the most coherent of the Chibnall series, and best evidence Jodie could well have been a great Doctor given the chance. We’ll never know for sure as the writing is on the wall (written perhaps by some unexpectedly not wiped out Dalaks?)

Meanwhile life on Earth goes on as usual, nobody seems at all moved by having been conquered by Sontarans for a while and having a strange space shield around the planet? Did the solar system stay intact? Does the Earth shift in its orbit? Does climate change get worse. I suspect it will all be quietly forgotten, buried in some obscure corner of the TARDIS. 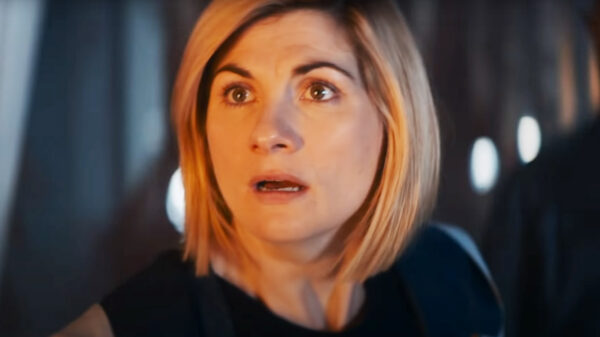 For the finale, Flux was back up to the frenetic pace of its opener. In a remarkably efficient pre-credits sequence which resolved the multiple cliff-hangers, it set up a threat in each aspect too. It’s easy to see why a trio of Thirteenth Doctors was needed to push the story to its conclusion!

Firstly, it seems that (not unexpectedly) the Timeless Child narrative is being kicked into the long grass. Possibly only as far as the end of the upcoming specials, maybe forever. Either way, with the Flux destroyed and the Ravagers gone, all seems well in the state of TARDIS. Which is funny, because I thought the time ship was sickening, or infected. Lost in the edit perhaps, because I felt sure that Swarm was responsible? Or is it a thread to be pulled on later; she was certainly working well enough to collect Claire from the Sixties and shift the players into place for the finale.

Onto the wrapping of that storyline… I thought it was admirably done, drawing together elements from throughout the earlier chapters. Subverting the Sontaran plan was a neat touch, but how remarkably gullible were those Daleks and Cybermen? Also, using the Passenger Form (a life form? an interdimensional storage solution? I’m still not entirely sure) to contain and destroy the problem felt very close to self-destructing the spare TARDIS, full of Daleks, at New Year. It was neat however and didn’t force the universal reset I’d assumed feared was imminent – especially when we met the personification of Time. Not sure I fully followed that bit, to be honest!

I loved the visuals inside the fob watch; the contrast of the colourful Swarm and Azure to the black and white Doctor was very effective. On the subject of the villains, the scene with Azure as she questions the Doctors beliefs and why they’re any more valid than hers was a highlight too. 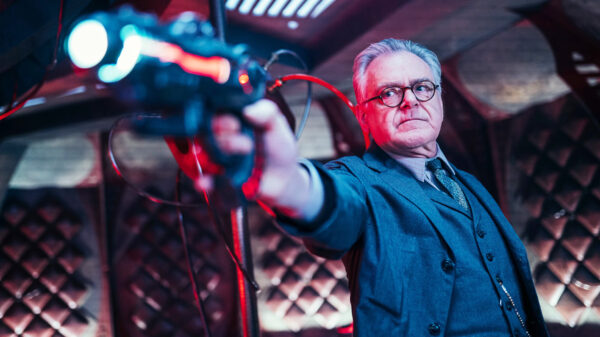 On the subject of companions, Yaz had her moments – both kick-ass and emotional, but Dan felt a touch superfluous to requirements. It’s a common criticism of this era, with side-characters having more to do than the regulars. Surely one of leads should have been with Claire and Jericho? Poor old Professor Eustacius Jericho. I suppose someone had to die and he did so with a pleasing stoicism. A shame, as I’d have gladly seen him join the TARDIS crew for the specials over Dan.

Karvanista’s story is pretty shocking when you consider it fully; he’s left as the last of his race and unable to talk to the Doctor of their shared history. On that subject, did the Sontarans really space seven billion Lupari? Seven Billion! When his memory limitation was revealed, I felt sure it would be fixed, even if he chose to keep the secrets. That uneasy new partnership with the Bel/Vinder family could be fun though (paging Big Finish)… although not all couples are keen to keep the family pet when their new arrival comes.

Despite her presence, Kate Stewart (and we seem to have to use her surname) felt a shade underused. I rather loved that she took the Doctor’s new appearance in her stride. Given these events were not wiped away, I hope she can come out of the darkness and recall UNIT. As for the Grand Serpent, while there wasn’t time to dwell on his backstory and motivations, his fate seemed satisfying – if cruel; it made for a great visual, but wouldn’t he starve?

So Flux – enjoyable and exhausting. I’m sure re-watching will prompt further questions but I was entertained. The whole endeavour feels like an ambitious step up from the previous two series.

However, I do have a couple of final questions. Is there still an Ood marooned between universes on the Division station along with an imprisoned Weeping Angel? And do we have to keep on billing the location with on-screen graphics, even when it’s patently obvious where we are! 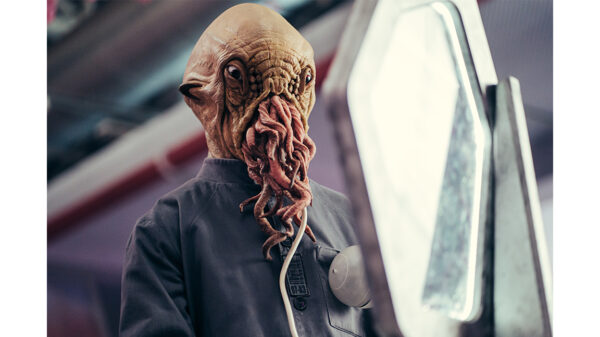 Doctor Who will return on New Year’s Day, for the first of 2022’s three specials: Eve of the Daleks.