‘The Magician’s Apprentice’. When an episode wears a title as Harry Potterish as that, you’d expect its characters to be shrouded in an invisibility cloak.

There’s an element of that – it’s called a BBC embargo. However, if you’re looking for wizardiness or witchcraft, look elsewhere. The Doctor’s magic sonic screwdriver may have its part to play in the story – when does it not? But at a literal level, if not a metaphorical one, the title is a deliberate red herring… presumably because ‘Everything but the Kitchen Sink’ might have over-promised (but not by much).

Location filming in Tenerife… the reappearance of Missy… a fleeting glimpse of Michelle Gomez going eyeball to eyestalk with a Dalek… If scavenging around for information on this episode felt initially like an exercise in joining the dots, the most recent episode trailer has dared to up the ante by more accurately conveying the tone.

We are used by now to Doctor Who stories accelerating anarchically through their plots. What we are almost certainly not used to is the sheer sombreness of the pre-credits sequence here.

Momentarily, it feels less like Doctor Who and more like some especially grim period drama. There is one jump-out-of-your-seat visceral shock. Nor does it let up from there, segueing from quasi-historical to space opera quicker than you can say, ‘Oh, is this where they’re going this year..?’

This isn’t entry-level Who for beginner Whovians. It could never have made the screen in 2005. Indeed, it’s hard to imagine it existing before 2013, so much does it feel like the next logical progression in Steven Moffat’s evolution of the series.

‘The Magician’s Apprentice’ is the product of a writer who has given us the anniversary programming – followed by the likes of ‘Listen’ and ‘Death in Heaven’ – and let those ideas filter through his mind and take new shapes. It evidences not only how comfortable Moffat is with embracing the whole history of Doctor Who – right back to, in this case, 21 December 1963 – but also how comfortable he is with redeploying features from his immediate predecessor’s era.

Few Doctor Who stories eat up ideas at the rate this one does. Conceits that would have happily formed the crux of previous single-parters are here gutted for a visual, a gag or an homage before making way for other set pieces equally as ambitious. 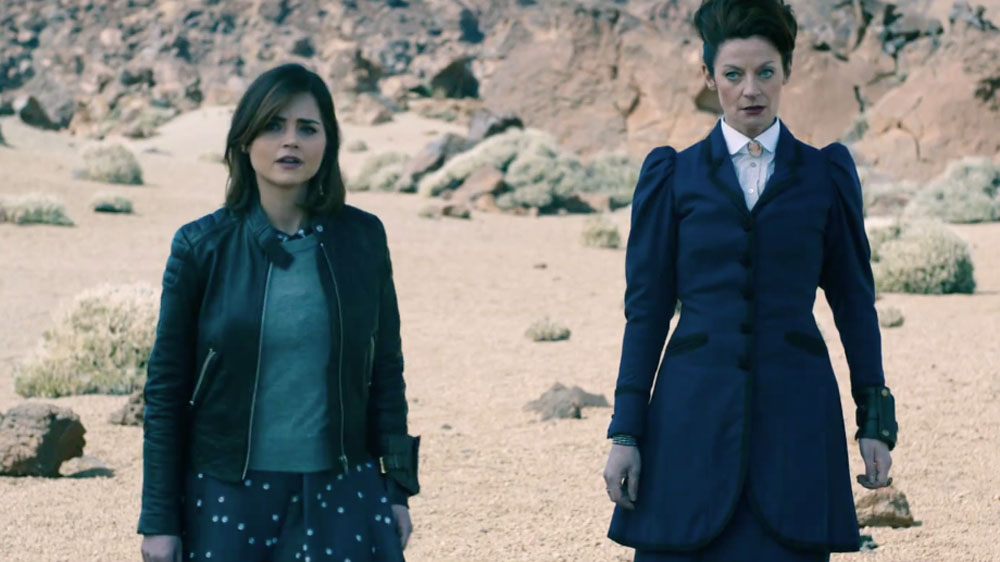 The result is space saga on an epic scale that ties together disparate elements of the Doctor Who universe in a coherent way, and all without a single member of the bloated Dalek Paradigm in sight. For arguably the first time since ‘The Wedding of River Song’, the Doctor Who universe feels properly consistent and, well, universal.

If it is a commonplace of Doctor Who criticism to accept that each episode will deliver visual flair – as if that’s an easy thing to accomplish – then it really shouldn’t be. In a TV landscape of serial dramas and talent shows, there are precious few programmes, on this side of the Atlantic at least, that aspire to this kind of cinematic audacity.

In its visuals and in its storytelling, ‘The Magician’s Apprentice’ is stunning – so stunning that you wonder, in fact, if the season’s budget has been blown and a future episode will see the Doctor and Clara working in an office and doing some filing. While it is true that there are versions of these ideas that you will have seen before in Steven Moffat’s tenure, here the combination of them just works. 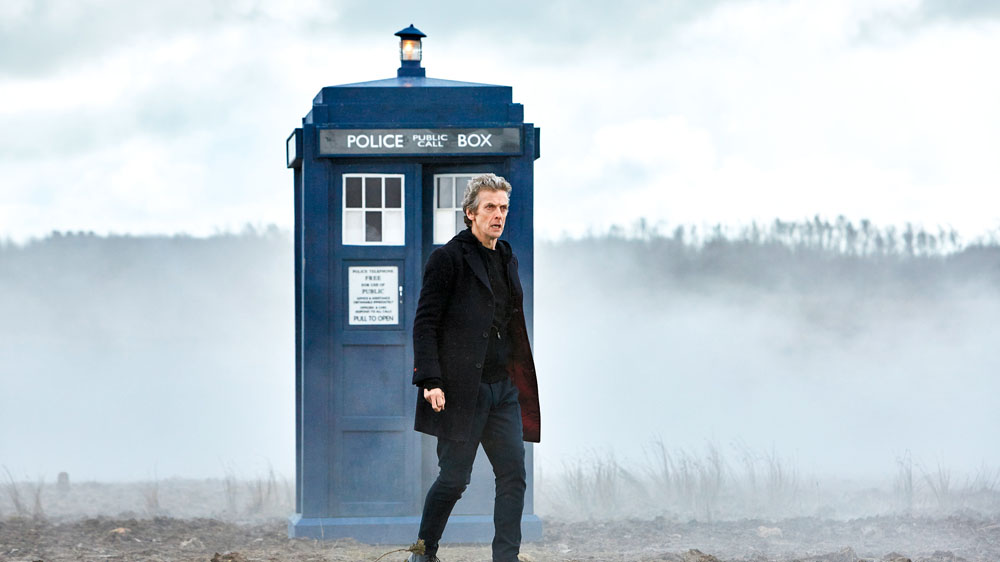 We do have reservations. There is one scene, which can’t have been cheap on the props front (just how did he get that thing there?), which plays as a love letter to Capaldi’s front-of-house charisma. The purpose of the scene is primarily comedic, and it’s made clear that the Doctor isn’t necessarily acting in character. Even so, the sequence feels like an indulgence. The Doctor is a star part: he doesn’t need to be venerated as such within the narrative.

And talking of indulgences – Moffat is still writing dialogue that comes from the nudge-nudge school of sexual inference. In this episode alone, we learn that Jane Austen was a great kisser, that space gravity is a tiny bit sexy and that traps are the Master’s way of flirting. It’s not a big issue – and, heaven knows, it won’t be the first thing that anyone is talking about once the episode has aired: there are far, far bigger things at work.

However, it does have the effect of suggesting that, for perfectly sane characters like Clara, and perfectly insane characters like Missy, there is no situation that can’t be teased or provoked with a little innuendo. This is a shame because, in all other respects, Clara is at her best in this episode: independent, impulsive and assertive. 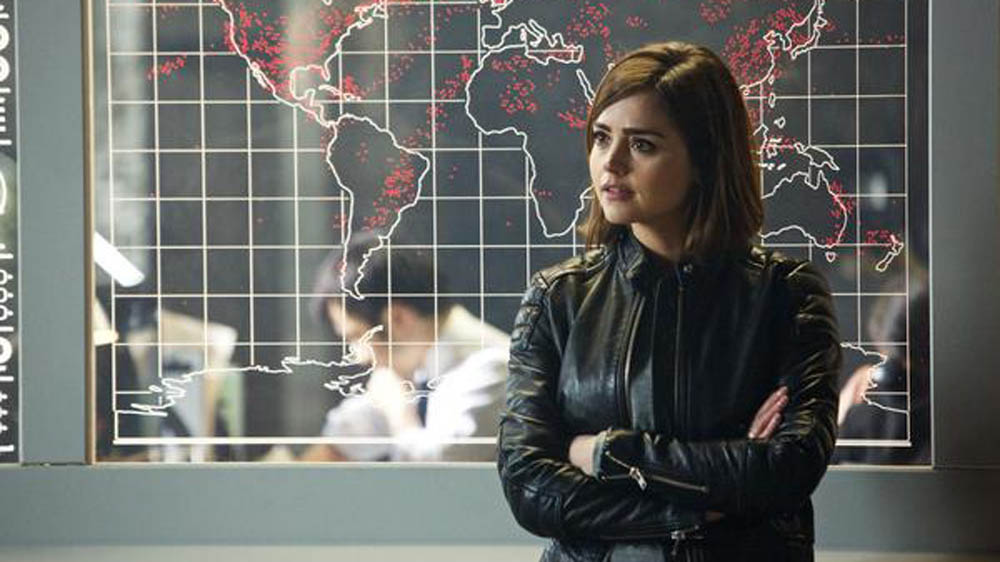 Events come to a head in a cliffhanger which has unusual size and chutzpah, even by Doctor Who’s standards. It’s unusual in other ways too: for not only showing within the cliffhanger the apparent means of its resolution, but also, if we’re right, suggesting how that resolution may be undercut…

That, in a nutshell, is the conjuring act at the heart of ‘The Magician’s Apprentice’: the kind of storytelling that necessarily keeps its secrets close to its chest but also dares you to peek inside to see how the trick was done. Of such moments are Doctor Who’s strange alchemy made.

52 years on since two schoolteachers first walked into a box that was bigger on the inside, there is still nothing else like this on television. And that is a kind of magic in itself.