We’ve now had some Time and breathing Space to re-watch (and re-re-watch) and ponder on this year’s Doctor Who finale, ‘Hell Bent’.

Frankly it was needed. An immediate reaction would likely have been 50% dribbling. This review will probably only be 15-20% dribbling.

Season 9’s first episode, ‘The Magician’s Apprentice’, was the stuff that fan-fiction and lunchtime games in the playground are made of: big, bombastic, baddie-filled, and fizzing with such imagination that, as you were watching, there was the nagging worry/wonder how the finale could possibly one-up it.

And if ‘Hell Bent’ doesn’t one-up then it certainly matches the opener’s scope and energy, which is enough to earn it a good wodge of praise. 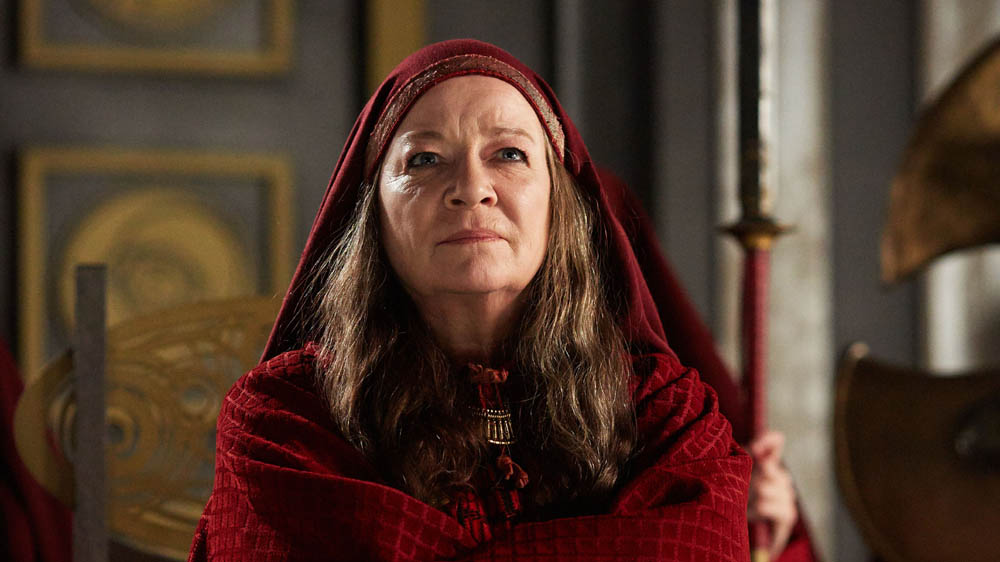 The Doctor’s punched his way back to glorious, gorgeous Gallifrey, shown in more detail than ever before (though I do miss ‘The Deadly Assassin’s plasticky Panopticon…) and returned to his familiar barn, which by now has become the Time Lord’s equivalent of a treehouse for him to hide out in and quietly fume. And as he stews and eats soup, and suits up in a familiar black frock coat, you can infer as much about The Doctor’s family and soup preference as you like.

Is that woman his housekeeper barnkeeper, or his mother? His foster mother? And if it’s his mother does that mean The Woman from ‘The End of Time’ was someone else? Or maybe she’s another member of his family, like all those people watching him eat soup may or may not be…

See? Look at me, dribbling and inferring away like an idiot. Moffat really knows how to stoke the speculative fires of forums and fan theories, and also how to drop in enough references and tidbits to keep us talking. 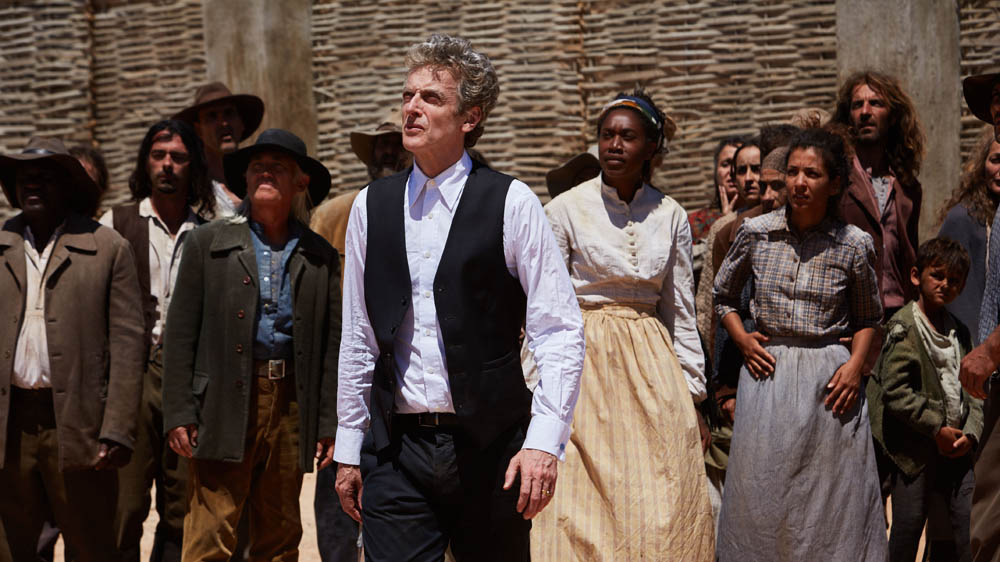 More than that though, he takes the established and polishes it up with new embellishments. Take the Matrix; no longer just a bank of lights you plug yourself into with a silly hat, but a haunted Gothic supercomputer that plugs intruders into it, thus giving the show a chance to cameo its A-list monsters. Just when you thought you could go a whole season without seeing a ruddy Cyberman…

Yet for all its bells and whistles, all its talk of Skull Moon and Cloister Wars, all the ancient unspoken mythology that you sense whenever you see Gallifrey, it’s actually an incredibly simple, straightforward story.

The Doctor is on Gallifrey, he ‘rescues’ Clara, he runs off, he and Clara part ways. There’s no planet to save, no invading enemy, no one plotting the premature end of the universe. There’s not even really an enemy to overcome in the traditional sense; the Time Lords are hapless, their threats completely hollow.

No, the big threat to The Doctor is himself.

In Season 8’s finale he realised he’s ‘a good man’. Now he’s taking trying to do the right thing – saving Clara as part of his oft-mentioned ‘duty of care’ – too far. To a point so damaging that he himself is the one threatening the stability of the universe.

He’s the one pointing a weapon and firing, giving us a cool regeneration in the process. Between Missy and the General, if groundwork for a female Doctor isn’t being laid, then we’re at least being told the ground definitely exists. 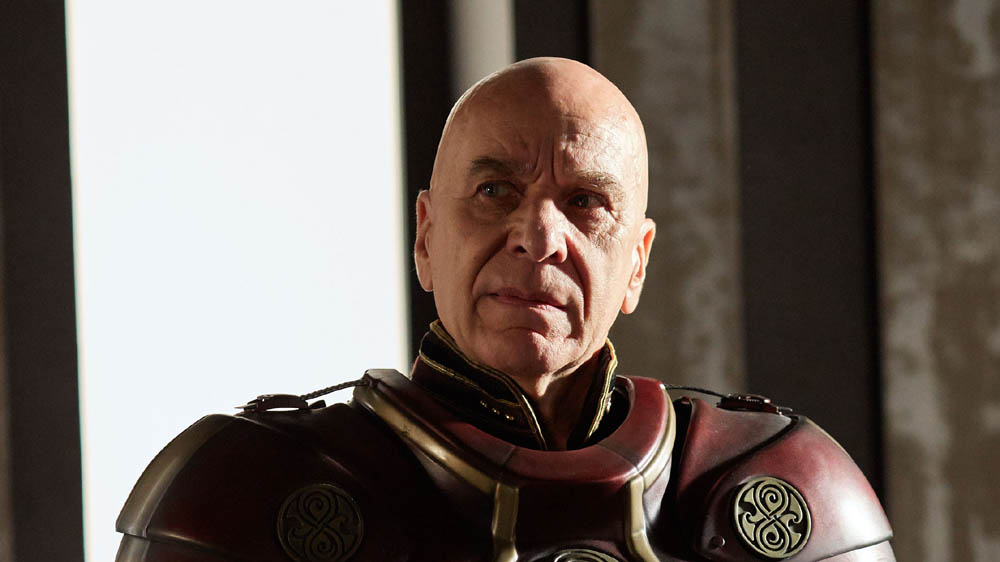 Having tricked the Time Lords into extracting Clara from the moment before she gets hit by that pesky raven and dies, The Doctor does what The Doctor does best – he grabs the hand of someone he loves and runs away from Gallifrey. It’s him and Susan all over again.

Off in a stolen TARDIS with an eye-smacking classic desktop design (Round things! Pillars!), beautifully shot and given real depth under Rachael Talalay’s direction. I can’t be the only one who’d love to see that set back full-time in the show. We can but dream…

I said it was an incredibly straightforward story, and it is, but Moffat fails to stick the landing when it comes to one of its most vital parts: The Hybrid. Season 9’s not-so-great mystery may be the weakest story arc since the show came back. It’s a confused ending for an arc which only rumbled on through Capaldi staring into middle-distance and muttering ‘…like a Hybrid…’ every so often. 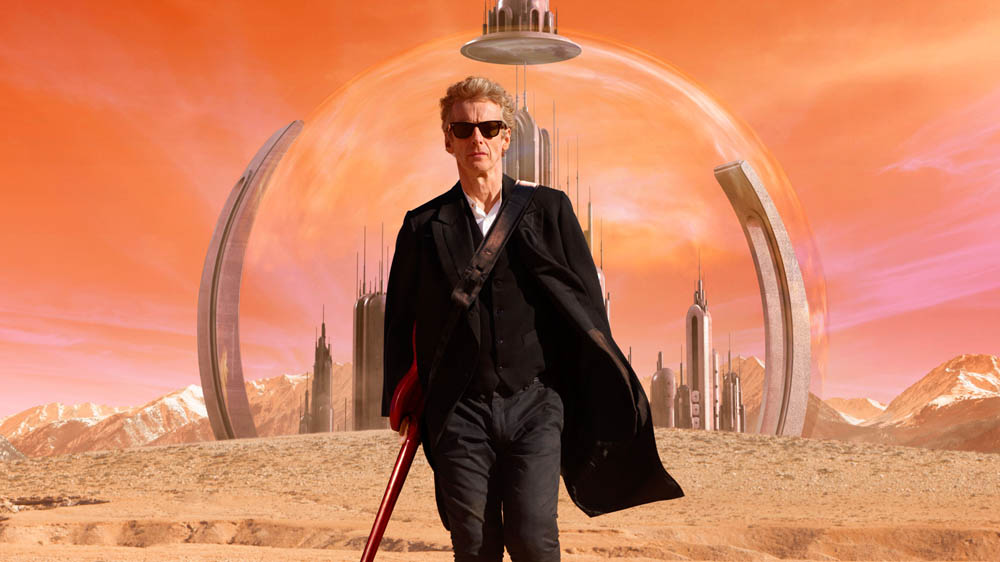 The problem is that ‘the Hybrid’ was only ever conjecture and portent, right from when Davros cackled about it, and it continues to be so. It’s a purely theoretical threat, all the talk around it purely speculative and mythological right to the end. When Ashildr appears you wonder if it might be her, but no.

The Doctor is the Hybrid, or on the trajectory to become the Hybrid: a Time Lord who’ll do irrational, shooty-violent, distinctly Human things, in order to save a companion who has become far too much like him.

It should be scary, seeing a Saturday night hero like that, but it’s not even close to the fearful recklessness of Ten’s ‘Time Lord victorious’ in ‘The Waters of Mars’.

If the Hybrid is the reason The Doctor ran from Gallifrey, it should be something terrifying, rather than a vague existential concept. 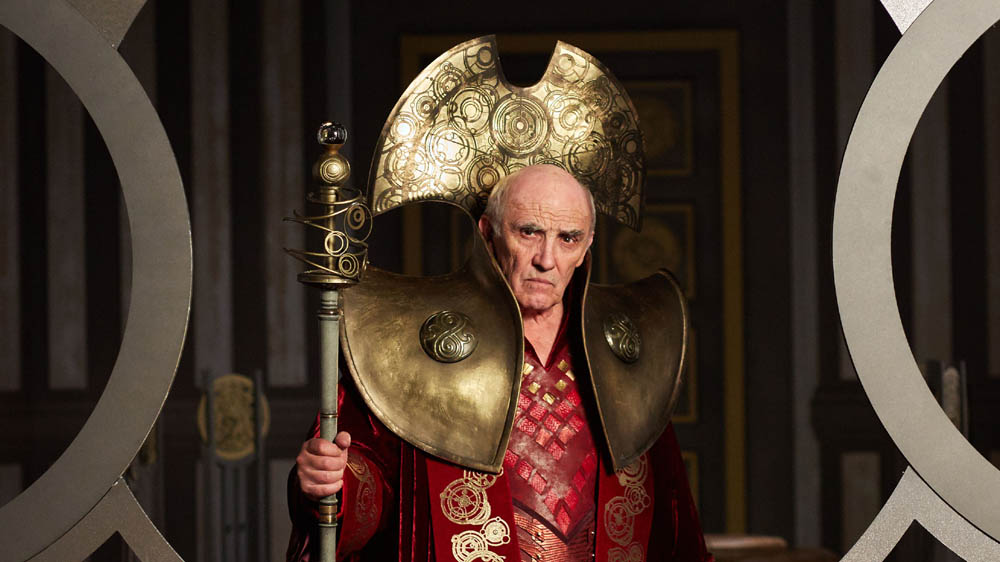 Not that it matters in the end. This is Doctor Who and however far you go the reset button always gets pushed. Literally here.

One of them has to forget the other to make sure the Time Lords don’t nab Clara (Time Lords – they can move a planet but can’t track a TARDIS). It’s a reverse-take on The Doctor and Donna’s parting, though far less emotional, maybe because ‘Face the Raven’ wrung the actual emotions over Clara’s departure out of us.

The good news is that it means that we won’t have Capaldi pulling a sad, faraway gaze in Season 10 should anyone mention a soufflé or a leaf or Blackpool or clever boys. The last thing we need is his Doctor being encumbered with a loss. Hopefully it’ll mean he comes at Season 10 with the same tank-riding levity as he entered Season 9 (although if he accidentally runs over his guitar, we can live with that.)

As for undead Clara, she’s off with immortal Ashildr, staving off the raven by rocking and rolling around the universe in a 1950s American Diner. She’s become the Doctor-ish adventurer that Season 9 set her up to be. 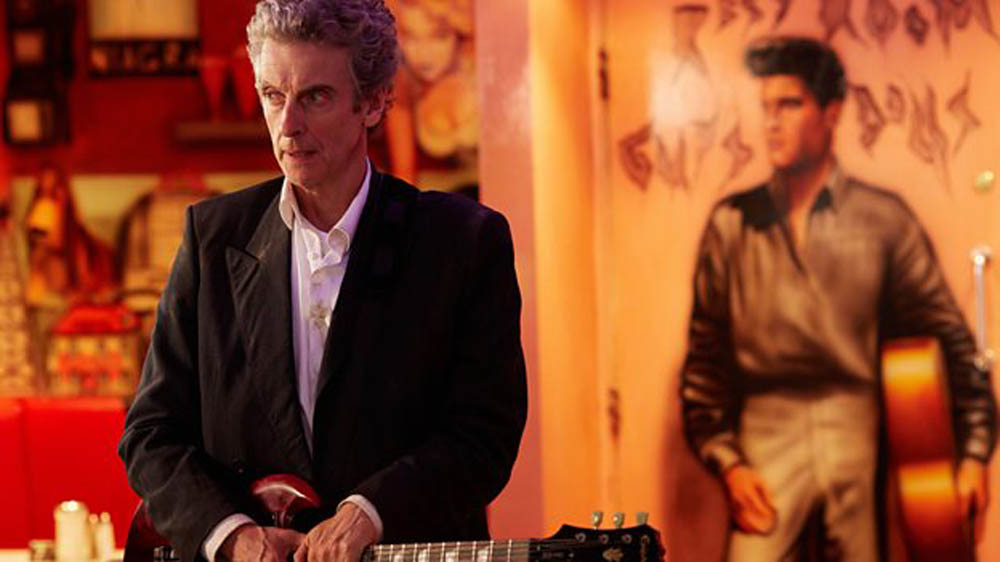 It’s bonkers, preposterous, and in any other show you’d think a shark had just been jumped, but this is a show about a man who travels through time in a phone box. How can you out-do the preposterous when we’ve become so used to it?

And how can you out-do what we’ve seen here?

There’s the distinct impression that ‘Hell Bent’ was written as Moffat’s swansong episode, leaving The Doctor with fresh purpose, best coat, new sonic (and he’s admitted that River is coming back this Christmas because he originally thought 2015 would be his final year on the show).

But now he’s signed on for Season 10, he’s unintentionally set himself the challenge of matching what he’s done here. I’d be worried, were it not for the fact that ‘Hell Bent’ proves that, however ambitious Doctor Who gets, there’s always room to exceed expectations. Just let them be a little clearer next time.

What did you think of Season 9’s finale? Let us know below…