It’s now late August, 1940, and bombs light up the night sky on the horizon.

Steph and Little Stan are struggling to bring in the harvest. The hired laborers desert in the middle of the night, leaving Steph, Stan, and the blind Isobel to accomplish the insurmountable task on their own. Steph finally collapses under the pressure of either producing the required harvest or losing the farm.

The morning bus brings a woman in search of David Brindsley’s parents. David saved her son’s life and she’s come to thank them and express her condolences. She assumes David was killed while rescuing nine sailors from certain death. David is dismissive of his heroism, pointing out that four of the sailors were already dead. Bryn replies, “David—whatever you say, I couldn’t be more proud of you, son.”

Bob receives a sizeable advance for his new novel and uses his success as an excuse to force Pat back into captivity, telling her she must quit her job at the exchange. He’s also managed to climb the stairs and intimates that he’ll be sharing their bed—and all that implies—that night. 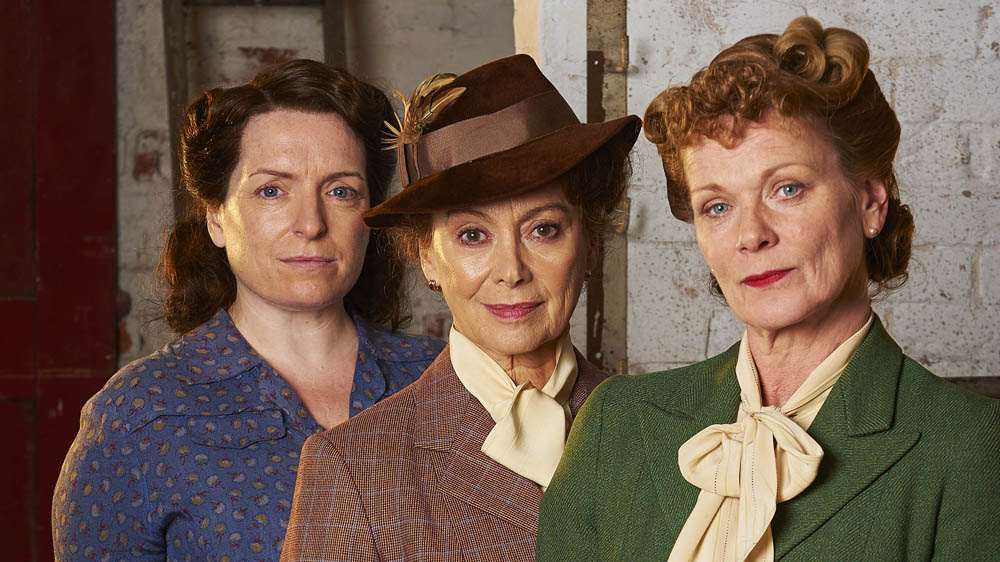 The Czech soldiers have gotten word that their departure from Great Paxford is imminent. Marek implores Pat to leave Bob and wait for him. She can’t overlook the consequences of Marek’s possible death or that the Germans might win the war. Marek gives her his chain with a patron saint medal to protect her. Given what the odious Bob has in mind, she’s going to need it.

Joyce Cameron’s estranged son pays her a visit and we’re treated to their reconciliation. He’s a Squadron Commander of the Royal Canadian Air Force and assures her that he is a good pilot. As he leaves to resume his post, Joyce tells him, “They don’t have right on their side and when you’re up there facing them you shall. Never forget that.”

Frances can’t come to grips with Peter’s double life. “I’ve trolled through every moment that Peter and I had together and, honestly, I can’t locate one false note….I’m compelled to believe he loved me.” She decides to separate herself from Noah by selling Barden & Co. but Sarah has other plans. Her sister has agreed that Noah will stay with Frances while his grandparents look for housing to replace their bombed-out home. 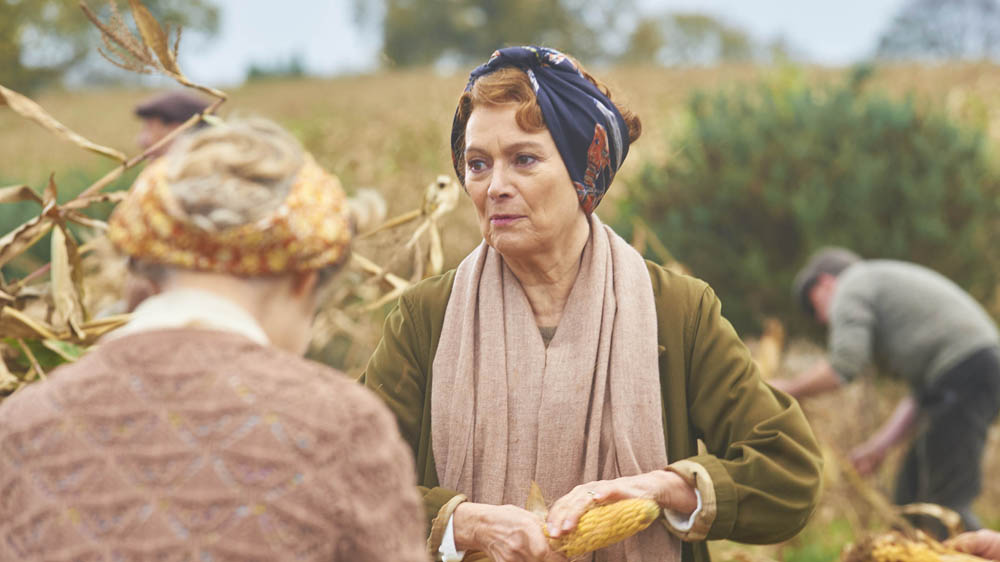 When the women of the WI learn that Steph has collapsed from exhaustion, they spring into action to bring in the harvest for her. Even Joyce shows up in an apron and kerchief, while Bryn wins the prize for best dressed by working in a necktie. The scenes of these gentle, generous people setting themselves to the task exemplify the quintessential charm of this series.

The day of the harvest doesn’t end well for Sarah. She’s taken hostage by a deserter and is being held at the vicarage.

Alison witnesses the factory foreman taking a bribe. She confronts him and he advises her to mind her own business—for her own good. Watch out, Frances.

Writing to the families of lost servicemen weighs heavily on Wing Commander Nick Lucas. He apologizes for his haste, then proposes to Teresa. “We live in a world at war and that focuses the mind tremendously.” She accepts and we’re feeling very uneasy about their future.

We’ve only got one more episode to put this all to rights!