They say we’re all the hero of our own story – in which case, whose story do the people in Agent Carter really think it is?

Is it the tragedy of Dr Wilkes, the softly-spoken, mild-mannered scientist who wants nothing more than a quiet life, but who against his will and despite his best efforts becomes ever more possessed by an unknown and apparently unstoppable alien force?

Is it perhaps the story of poor set-upon government employee Aloysius Samberly, his loyalties torn between two superior officers like a kid in a particularly vitriolic divorce case? One minute instructed to build a remote detonator for a gamma cannon bomb, the next he’s ordered to build a jamming device to counteract it.

Or maybe it’s the heroic tale of Chief Jack Thompson, who certainly seems to be running the show this week. He’s so skilled in thinking on his feet, so adept at lying that rather wonderfully even the audience isn’t quite sure whose side he’s on.

Is he tricking Vernon Masters with his scheme to defeat Whitney Frost? Or is he genuinely siding with Vernon and preparing to sell Sousa and Samberly down the river? Maybe he really is selling Vernon out, and really does want to cut a deal with Whitney to replace him? Or maybe that’s a trick too, and he’s fooling her as well?! 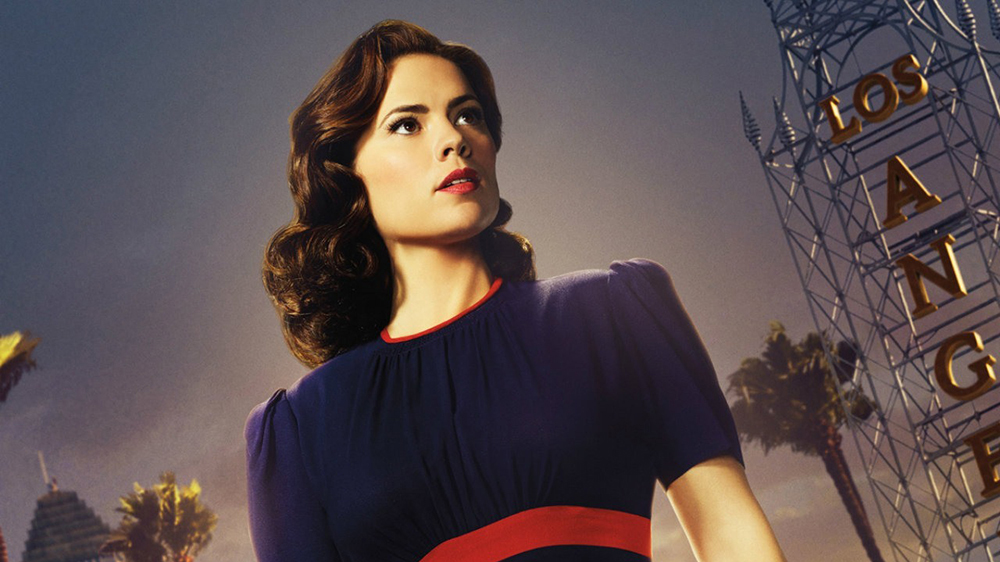 Whichever it is, full marks to Chad Michael Murray who plays him. By rights we shouldn’t like Jack. He’s patronising to Sousa for his disability, to Jarvis for his nationality, to Peggy for her gender; he’s arrogant, rude, and has spent most of this series on the wrong side. Yet, slippery as an eel though he may be, the performance gives him such good old-fashioned charm that we can’t help but like him.

This week he spends the whole episode crossing and double-crossing pretty much everyone, and his solution to the whole zero matter problem is simply to get all the bad guys together in the same building and blow them up – but he does it with such flair!

Or… maybe just maybe (and the clue is in the question I suppose) Agent Carter is about Agent Carter. If nothing else, the start of this week’s penultimate episode gives an interesting insight into her psyche. That is to say, the first five minutes is a full-on, old-style song and dance routine involving Peggy and the Guys – and season one’s Angie (Lyndsy Fonseca) who pops up unexpectedly, and all too briefly.

I’ve studiously avoided mentioning it until now because, although I love a bit of song and dance, and although I feel rather churlish in pointing it out, it adds little if anything to the story. In a curious way it leaves us expecting further theatrical interludes throughout the episode and leaves us disappointed when we don’t get them.

But whoever’s story it is, it ends next week. Maybe they’ll finish on a song?