The X-Men franchise is a strange, haphazard juggernaut with a continuity that’s impossible to explain, but there’s always been a few constants amidst the chaos.

Chief among them is Hugh Jackman’s Wolverine, who’s clocked an appearance of some kind in every single X-Men movie since the series began in 2000. No other actor has played a comics character for anywhere close to as long as Jackman’s 17 years. Suffice to say, there were plenty of expectations riding on his swansong, Logan.

It delivers. After the confounding mess of X-Men: Origins was followed up by The Wolverine, which delivered a strong character arc and keen eye for influences only to capitulate into formula at the last gasp, Logan completes that upward swing in quality.

There are some unavoidable flaws here, but Jackman has completed his stint by finally delivering the definitive Wolverine movie.

WARNING: SPOILERS FROM HERE ON…

It’s deeply surprising to see just how intimate and minimalist Logan is in tone. It’s a movie primarily set in barren, scorched deserts and plains on the fringes of a quietly crumbling society represented in a border area cracked by unarticulated tensions or in a shiny environment of blaring advertising and utter self-absorption, rather than the glossy cityscapes of most comic book movies.

It’s no wonder that the most conventionally futuristic imagery in the movie are the flashing billboards. The only things at threat are the survival of a handful of mutant children who are escaping from their oppressors, and it’s all the better for it.

At its heart, Logan is a story of decay and renewal. Especially in the first act, it doesn’t shy away from the uncomfortable details of the former, painstakingly illustrating the crumbling of body and soul in once mighty heroes.

This decay is felt most acutely in Professor X, a character defined by his status as the authoritative figure with all the answers, reduced here to a medicated shadow of his former self whose impressive powers have become an uncontrollable ticking time bomb that imperils the lives he was once able to save.

Patrick Stewart is outstanding, even as his screen-time is cut gut-wrenchingly short by his brutal murder midway through, keeping a glimmer of the commanding old Charles Xavier beneath a tragic frailty and wistfulness for a peaceful and fulfilling life in his school hat was snatched away as a cause of his own unchecked power (if the innumerable hints of an accident in Westchester are any indication).

Stewart has indicated that this will be his final appearance too, and that feels right. It’s difficult to imagine him capturing the difficult nuance and raw emotionality he embodies here, especially in his scenes with Jackman that represent an unconventionally parental dynamic with 17 years of genuine history behind it, in another appearance. 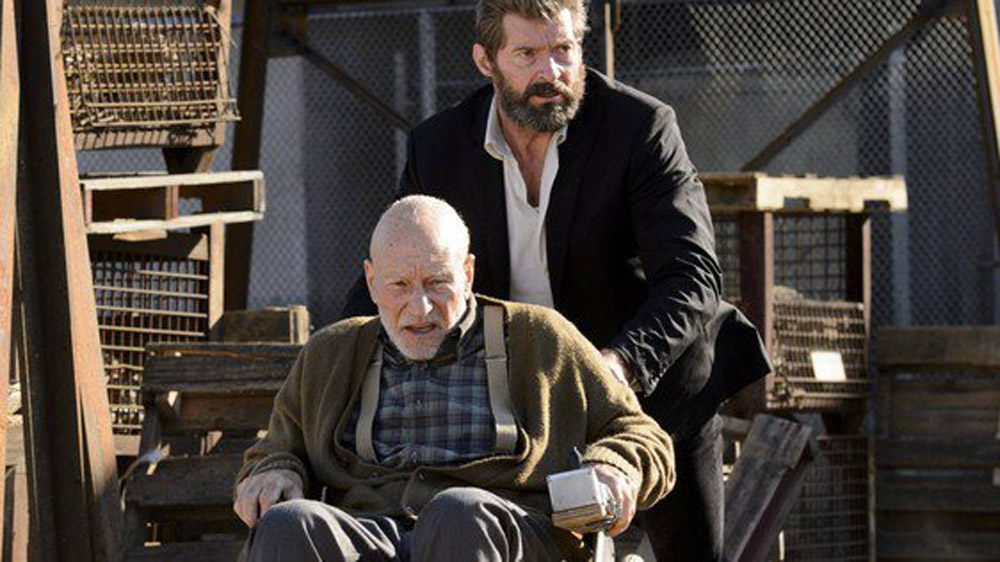 Yet it’s Logan’s own ageing that provides the spine of the first half’s emotional struggle. From the moment Logan goes down hard in a scrap with some generic goons who would be cannon fodder in every other movie Wolverine has appeared in, it’s clear that mortality has caught up with a man who’s going on 200 years old in the X-Men timeline.

Absolutely essential to this diminished hero really working is Hugh Jackman, who seems hell-bent on proving that this franchise will sorely miss his pitch perfect interpretation of the character. Like Stewart, Jackman saves his finest performance for last, playing Logan’s gradual shift from bitter apathy to pained grief and finally to weary resignation at his fate.

While some of this lies in the simple fact that Jackman is finally given material worthy of his performance, he bears a significant responsibility for taking what could have been frustratingly clichéd brooding and imbuing it with realism and emotional detail.

One of Logan’s chief strengths is to contrast this husk of a man with numerous manifestations of those impulses ticking away under the rotting exterior.

There’s Wolverine the hero who appears in the meta-fictional X-Men comic books here, clad in the yellow Lycra that the character has famously resisted in this franchise, representing the classical, selfless heroism that draws X-23 towards him even as Logan pushes away with his self-defeating proclamations that this interpretation of his character is a fantasy.

It is a fantasy, but not one without importance, as the legend of Wolverine ends up spurring the renewal of heroism that provides a flicker of hope even as the generation of heroes we’re familiar with dies off.

This is one of the few ideas in Logan that feels like it’s been done before, but it’s hard to deny the movie’s commitment in portraying the horrific consequences of Logan’s rage left entirely unchecked and drained of all moral and emotional guidance. It is probably worth noting at this juncture that Logan is, indeed, incredibly violent.

Logan probably reaches its apex of gore in X-24’s scenes, which contain two times the stabbings as any other set-piece, but Logan’s proclivity for blood and guts touches every action scene.

There’s dismemberments, beheadings, lobotomies, impalements, eviscerations and good old fashioned headshots (and not the kind that leaves a neat hole in the head, either), and throughout, pints upon pints of the red stuff are practically spilling out of the screen.

Sometimes, Logan becomes briefly infatuated with its own violence, but for the most part, it plays a tangible purpose in presenting the feral rage that haunts Wolverine and defines X-23, and in presenting the soulless, undiscriminating brutality of Transigen, the antagonistic organisation who have taken the natural heroism that comes from people developing and using powers for good, and bottled it up in a lab to use on children. 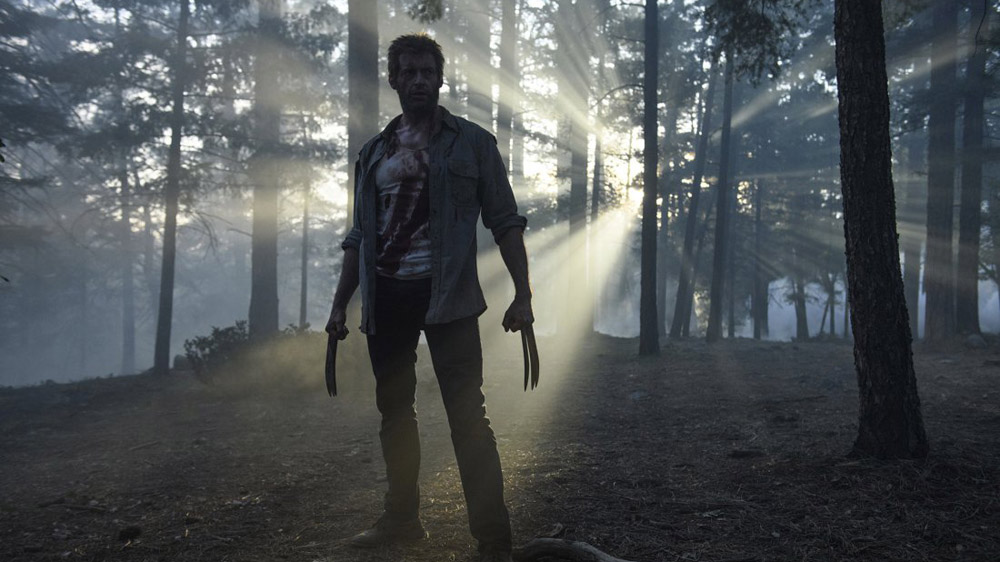 For the most part, Logan is acutely aware of how sickening its violence is, pushing its 15 rating to its limits to convey the real and burning pain that’s left after these polished and exhilarating fight scenes.

The final piece of the puzzle is X-23, who represents the ‘renewal’ side of the equation here. As part of a growing ‘silent child’ trope, newcomer Dafne Keen has an extremely difficult task in taking a taciturn blank slate of a character and making her feel real, but she’s exceptional throughout.

Even as her own body count racks up into the dozens, there’s never a doubt that she’s just a kid who’s barely seen the world, with Keen capturing a natural curiosity and innocence at listening to music for the first time or playing on a rocking horse at a gas station that’s tragically cut off by a world that has forced her to grow her up too fast.

Likewise, her abrasive and disconnected dynamic with Jackman is utterly believable throughout, especially as her turn to speech allows her to articulate the alternation between fury and cold disappointment in her father figure that ticks away below the surface in the first two acts.

If there’s a niggle in X-23’s arc, it’s that her final shift to embracing her status as Logan’s daughter as she cradles his dying body is a bit of a leap from what came before, but Keen is so good that even this stretch of logical characterisation feels credible.

Logan isn’t paced perfectly. It spends a lot of time establishing particular ideas, such as Professor X’s seizures or mutant Caliban’s role as caretaker of both Logan and Charles, that have their pay-off well before the ending, while leaving some elements that are key to the third act, such as X-23’s growing affection for Logan or the concept of a group of young, engineered mutants, a little undercooked. 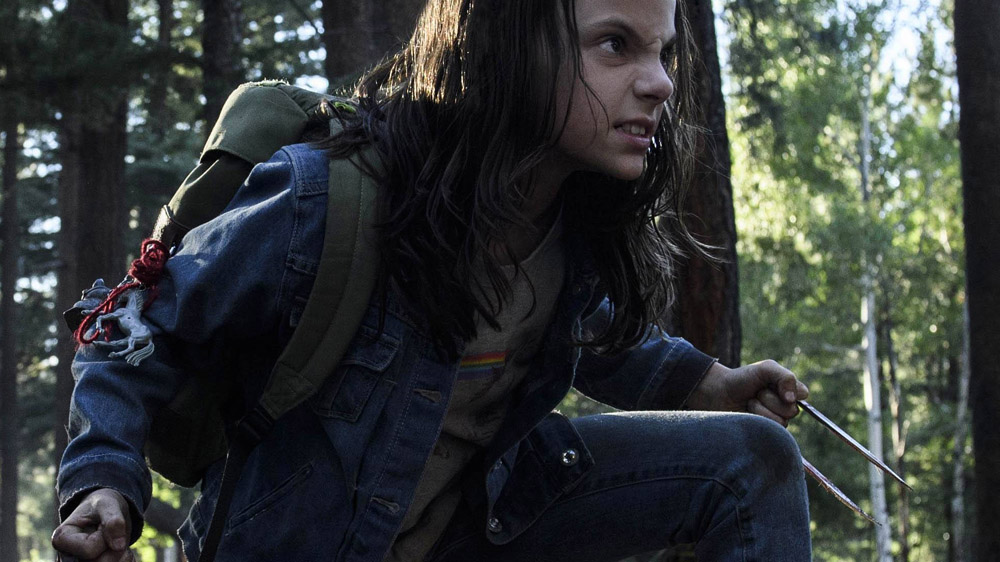 This is a remarkably fine-tuned movie for a genre that’s so often clouded by studio involvement and endless re-editing, but Logan’s slight imbalances mean that not everything clicks quite as effectively as it could have done.

Nonetheless, it’s difficult to imagine a more satisfying conclusion for Jackman’s Wolverine. Almost every comic book movie, even the best in the genre, has a moment at some point where there’s a subtle shift from the director’s own individual idiosyncrasies to something more homogenous and marketable, but that moment never comes in Logan.

Rather, it ends as it had to, with Logan dying a heroic death in a nondescript woodland near the Canadian border through the simple, selfless action of caring about others and putting his life before theirs.

He’s brutally impaled on a tree stump, and his grave is left alone for maybe a few hikers to wonder about in a journey through the woods at some point in the future. It isn’t glamorous or ostentatious, and it never had to be, reflecting a character who was, at heart, just someone who got dragged into the action and chose to make something good of it.

Logan is, some pacing and characterisation flaws aside, a fitting send-off for Jackman and comfortably one of the strongest entries thus far in the comic book genre. While its Western sensibilities and ultra-violence might not translate easily to other properties, future superhero films would do well to follow its careful focus on character and specificity of setting.

After all, Wolverine left quite a legacy, and it’d be a shame if someone didn’t follow it.

What did you think of Logan? Let us know below…