Respond To All Calls is the second audio outing for Christopher Eccleston’s Ninth Doctor at Big Finish. While travelling alone, pre-Rose, these tales see him answering distress calls of different sorts. Unlike the first time-hopping boxset of this range, Ravagers, these are discrete stories with a familiar structure; one story is set in the past, one in the present and one in the future. 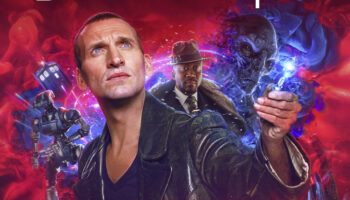 The present day instalment centres on a spate of teenage disappearances, sixty-two at once. When the father of one missing girl, Marnie, contacts the authorities, he gets more than one person on the case. Both the DC from the local constabulary and the Doctor. However, this is a missing person case like no other; Marnie is still present – though initially unable to make her presence felt. 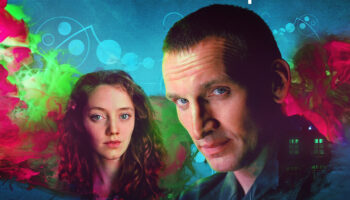 Lisa McMullin’s tale is a thoughtful one with a core message about reaching out and communicating with those we love. In this case, it is a troubled father/daughter relationship which, when pushed, proves to be incredibly moving. Naturally, there is also a clever sci-fi idea at play too, with a gloriously Who-ish solution, but it comes second to the brilliant character work.

The de facto companion here is Pearl Appleby’s incredulous DC Jana Lee, who has terrific chemistry with Christopher Eccleston’s Doctor. She gives a spirited performance with some very believable reactions to his antics. In the wider guest cast, Mirren Mack (Sex Education, The Witcher: Blood Origin) is excellent at Marnie, with Forbes Masson ably evoking the emotions of the stricken father Kurt.

With a frankly genius title, Fright Motif brings us to post-war Paris. This is the tale of Artie Berger, a pianist who has lost his musical mojo. Although to sum the story up with such a glib line does a disservice to this clever and moving drama. 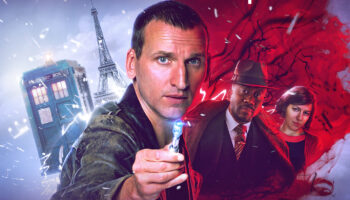 At the hotel Prestige, Artie has lost his perfect pitch, much to the concern of his boss Maurice, the hotel manager, and Zazie, his late-night jazz partner. The Doctor, however, fears Artie’s situation may be a symptom of something far more dangerous. In a serious tale, there is room for plenty of fun too. The ever-trusty psychic paper sees the Doctor as both a piano tuner and a hotel inspector!

The far too modest Tim Foley provides a beautifully emotive story in a perfect setting for this war-scarred Doctor. His tale also makes a virtue of the audio format, as well as using the iconic geography. It is brought to life by an impressive guest cast too; Adrian Schiller as the fussy Maurice Le Bon, Damian Lynch as the troubled Artie and Gemma Whelan (Upstart Crow) as the feisty Zazie.

Planet of the End

For the future trip, writer Timothy X Atack brings us a thrillingly bonkers tale, with a satirical comic strip tone. On a planet full of graves, and rabbits, a lone robotic guardian has its routine interrupted when the TARDIS arrives. The Doctor is apparently responding to a distress call from beyond the grave and possibly walking into a trap too. 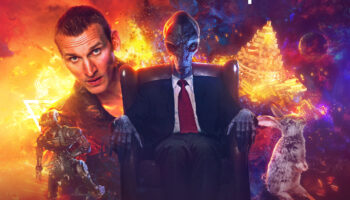 With lots of interaction with the Doctor, Margaret Clunie (Victoria’s Harriet, Duchess of Sutherland) steals the show here as “Fred”. In a terrific performance, she imbues the AI with a burgeoning humanity as it adjusts to life with and without the Doctor. The name Fred is not the only pleasing continuity touch here, as the script namechecks the Cyber Tombs of Telos and the destroyed Exxilon city as examples of the Doctor’s desecration of other species’ resting places.

While we loved the ambition of Ravagers, it drew criticism elsewhere for being atypical of the Ninth Doctor’s onscreen adventures. We imagine Respond To All Calls should address those concerns; these are discrete stories which see the Doctor abroad in the universe, helping out where he can.

In the lead role, Christopher Eccleston sounds like he is having a ball – his doctor is full of vigour and easy to listen too. Director Helen Goldwyn keeps all three stories flowing with the easy pace of those 2005 adventures. As with the previous set, composer Howard Carter provides an imaginative score for each location and sound designer Iain Meadows roots each story firmly in their different worlds.

Far from a difficult second album, Respond To All Calls is another highly enjoyable outing for the Ninth Doctor which we happily recommend. Hot on its heels, due for release in November, we can look forward to his encounter with a Cyberman in Lost Warriors too.

Doctor Who – The Ninth Doctor Adventures: Respond To All Calls is available on CD, download and vinyl from Big Finish.