Suspenseful adventure thriller Black Sea is available on Blu-ray and DVD from 13 April and Digital Download from 30 March.

To celebrate the release, we’ve got copies on Blu-ray to give away to three of our Twitter followers! 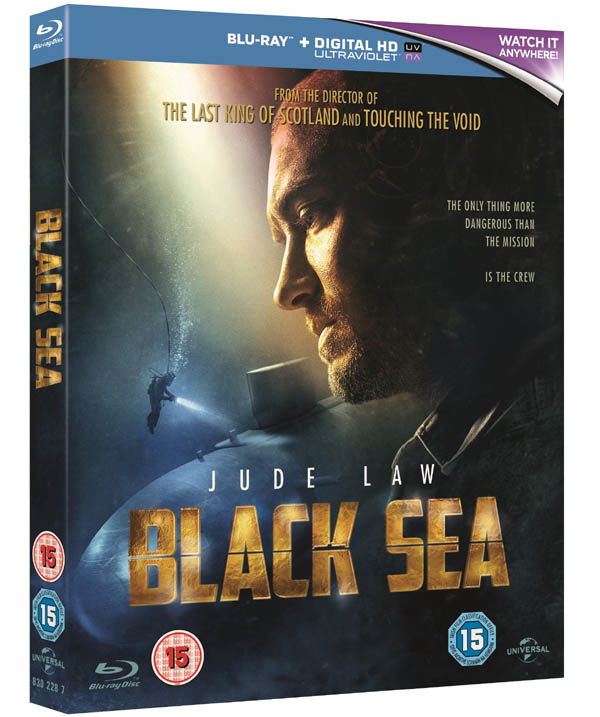 Starring two-time Academy Award® nominee Jude Law (Sherlock Holmes, Enemy at the Gates) and directed by Academy Award winner Kevin Macdonald (The Last King of Scotland, Touching the Void), Black Sea centres on the story of a rogue submarine captain (Jude Law) who, after being laid off from a salvage company, pulls together a misfit crew to seek out a sunken treasure rumoured to be lost in the depths of the Black Sea.

As greed and desperation take control on board their claustrophobic vessel, the increasing uncertainty of the mission causes the men to turn on each other to fight for their own survival.

Prepare to venture down into the dark, unknown, shallows of the ocean when Black Sea is released on Blu-ray™ and DVD on 13th April 2015 and Digital Download on 30th March 2015.

This competition has now closed. The winners are Kevin Brett from Bournemouth, Max Elliott from Oxford and Holly Clements from Edinburgh.