Danny Boyle’s intimate and revealing portrait of Steve Jobs is out now on Digital HD and available on Blu-ray™ and DVD from Monday 21 March. 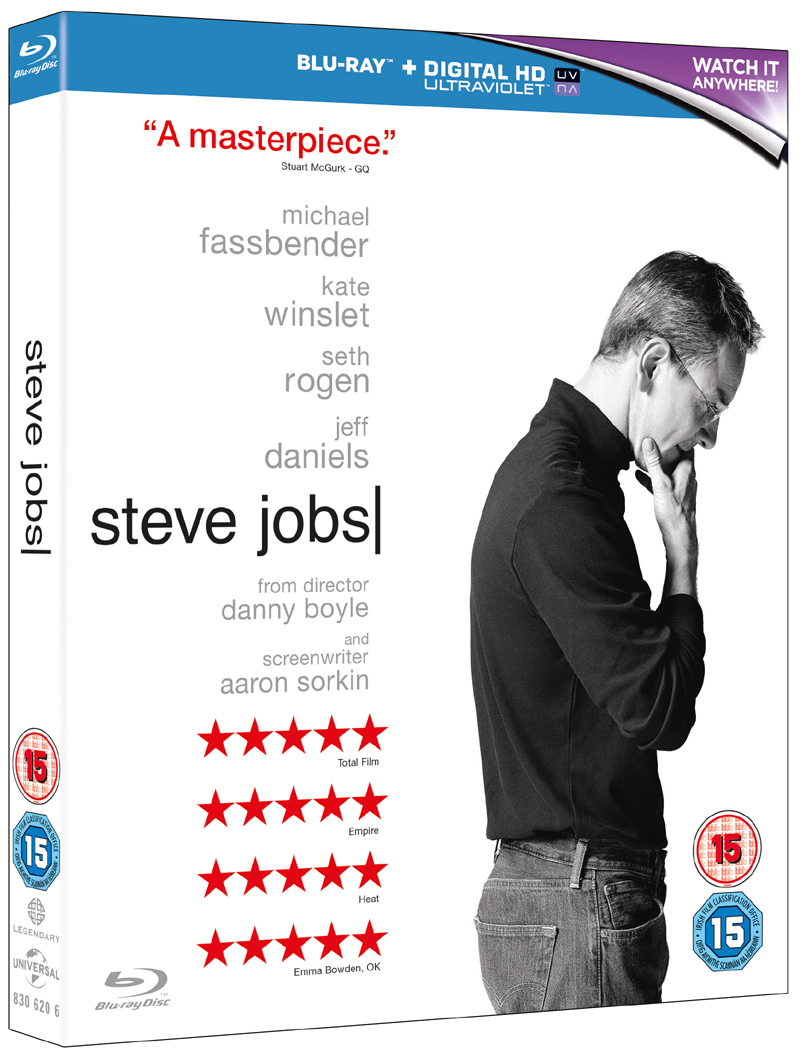 From Oscar® winning screenwriter Aaron Sorkin (The Social Network, Moneyball) and Oscar® winning director Danny Boyle (Slumdog Millionaire, 127 Hours), Steve Jobs is an up-close-and-personal look at the founder of Apple, a remarkable creative genius whose vow to put computers in the hands of ordinary people changed the world. Steve Jobs on Blu-ray™ also comes with a revealing “making-of” documentary and feature commentary by the filmmakers.

This competition has now closed. The winners are Helen Blunt from Brixham, Richard Fox from High Wycmombe, Andrea Henson from Chatham and Romy Dade from Worth.